We decided to visit Hahndorf, which is in the Adelaide hills, and a short drive from Adelaide in South Australia.
The town was original settled by Prussians from Europe. They arrived in 1838 off the ship ‘ Zebra’ under the command of a Dane called Dirk Meinhertz Hahn. The voyage out was very unpleasant, but once they arrived in Australia Captain Hahn stayed with his passengers and helped them to settle in their new country. In honour of his help and assistance they named the town after him.
Obviously the town still has a strong German ‘flavour’ via the meat, bakeries and wine that is produce in the surrounding area. 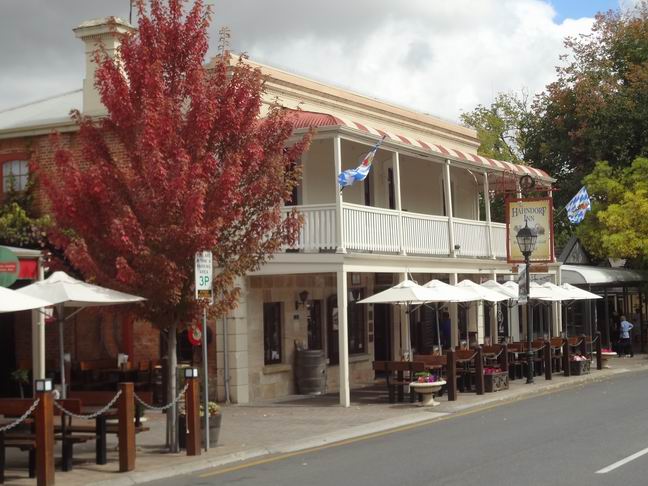 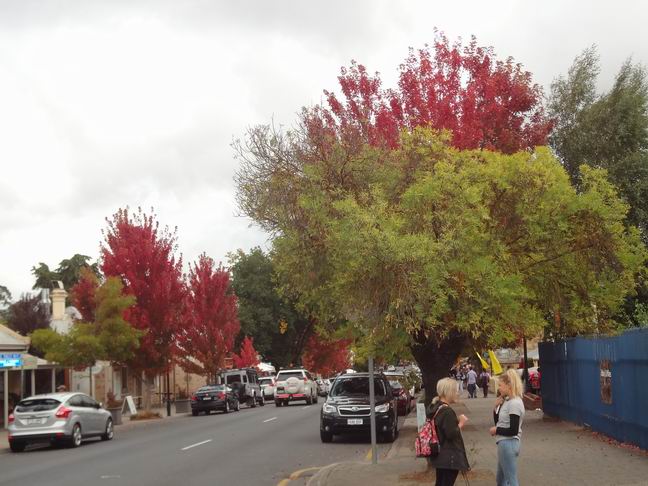 It was the start of autumn and the feel was very European, with the trees changing colour. I must admit that I didn’t see any VWs, in this German town. 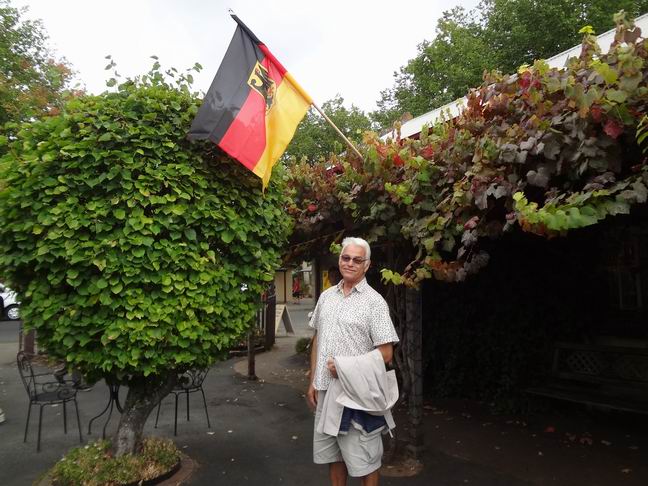 I have a German friend in Australia, so had to take this photograph.

I found the beer to be expensive so didn’t buy any, which is just as well as I was driving. We had lunch in a small café and sat on a balcony overlooking the main road. The town seemed full of tourists and very few locals, other than those working in the shops.

The art / come history centre was the best part for me. In addition to the history of the town they had interesting pieces in the shop area – earrings and other jewellery made from broken crockery. Alongside the earrings you could see the original broken plate, saucer or cup.
None of the crockery items were broken deliberately all were from residents in the town who gave the artist the accidentally broken bits of their own crockery and the artist created items of jewellery. To say the items were unique is an understatement.

On the way back to Adelaide we had to pass another small town called Sterling (population about 4500). With its wet and mild climate it became a favourite of the British to escape the intense heat of a summer in Adelaide. It did have a very English feel to it and of course it had shops.

As I entered a young lady, who was typing on her lap top, greeted me and asked if I was looking for anything in particular. I said no thanks, just browsing and she went back to her computer.

A few minutes later I thought I’d have a long shot and asked if her shop was computerised,

I told her that I’d been looking for a book called ‘The Phantom Major’ about the SAS in WW2.

and went to one of the shelves and pulled out a hard copy of the book with the original dust jacket still intact!

I bought it for $10, it was in better condition, and cheaper, than the paperback version that I’d loaned out in the late 60’s and never had returned. I was very impressed with her ability to remember her books and it seems that she knows where every book she had in stock was located on the shelves.

I’d been looking for this book for some time and found it ironic that the story of the main character Lieutenant Stirling (as he was when he suggested the creation of the SAS), should be found in a small town called Stirling outside Adelaide. I like coincidences.

The town is not named after Major Stirling, but after a friend of the founder in 1854.