We sailed from Southampton the day after we’d arrived with a fresh group of students.
This voyage was to Vigo, again, and later Cadiz, where according to Sir Francis Drake he ‘Singed the King’s Beard’ . 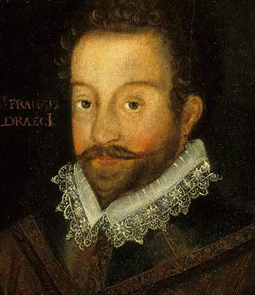 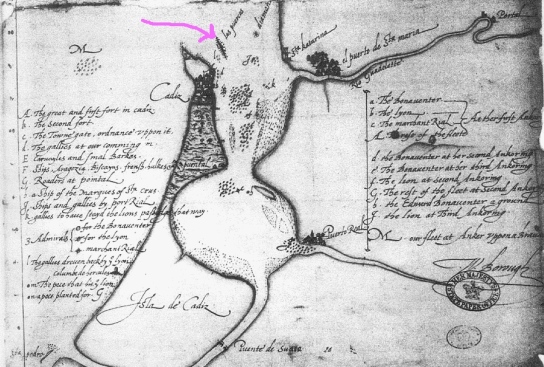 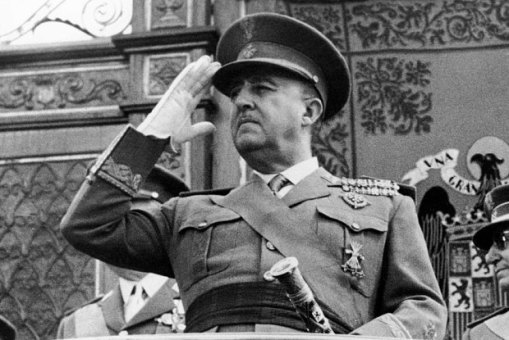 Spain at the time of our visit was controlled by General Franco, and had been since 1939 after the Spanish civil war, which began in 1936. When he was promoted to the rank of general in 1925, he was the youngest European general since Napoleon. General Franco died in 1975, he was eighty three. 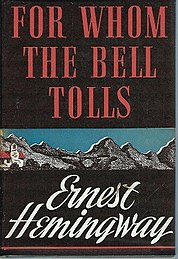 The book was published in 1940, and turned in to a film in 1943, staring Gary Cooper & Ingrid Bergman. Click on the above link for the film’s trailer

On our arrival in Cadiz we didn’t singe anything except ourselves on the beach. 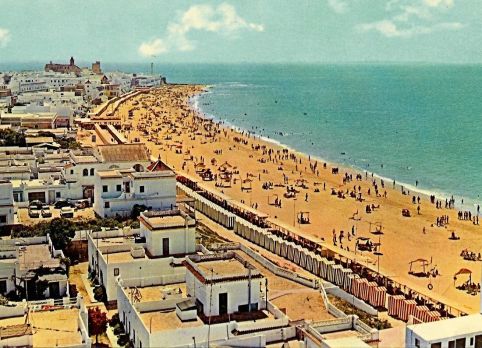 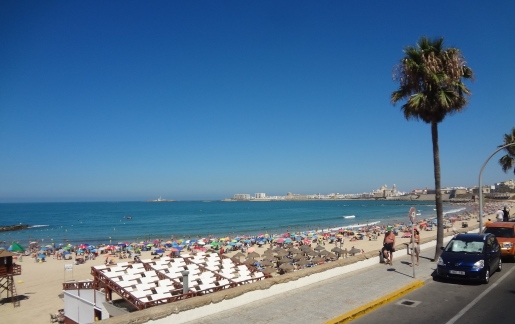 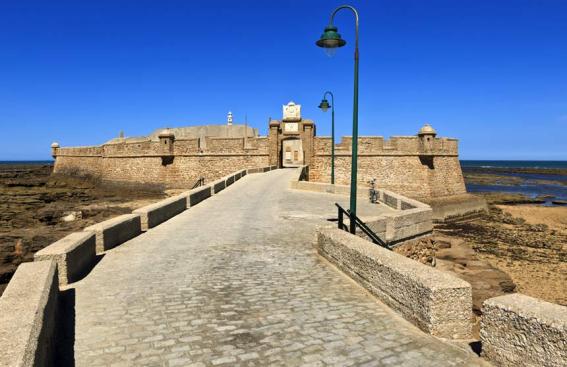 If Drake had joined us on this cruise he wouldn’t have recognised the fort, because he attacked the city in 1587, and the seven star fort was not built until 1598.

From the beach position.

Next day it was Lisbon, and we arrived at 6.30 pm, which was a great time to arrive, because we were able to see the night life, without having to chaperone any of the passengers.
Eventually some of us found our way to the Texas Bar. A bar that was well known by many who went to sea, and others who liked music. 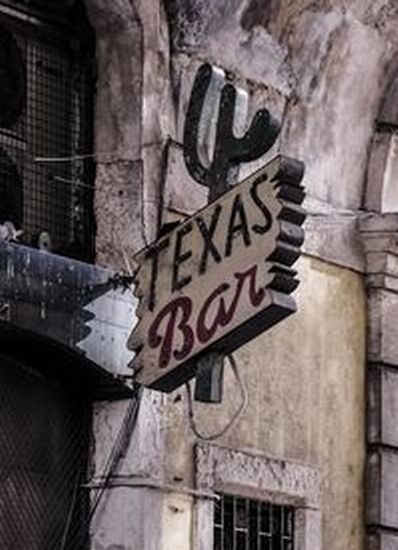 In the 1960’s this was the place to visit in Lisbon – how the mighty have fallen.

Tables were scattered around, and a small band played in what looked like the front half of a large rowing or sailing boat. Nothing strange in seeing bands in various gimmicky settings, but the ‘boat’ was half way up the wall, in the far corner of the room. 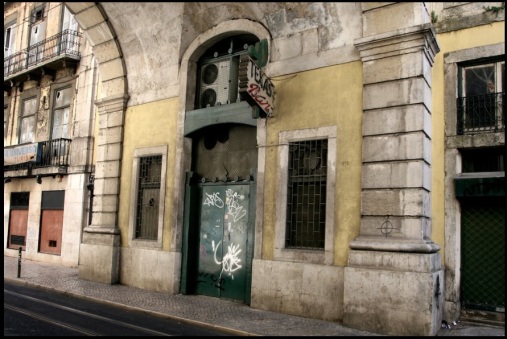 In 1965 this place was jumping with music, and you had to push your way in. 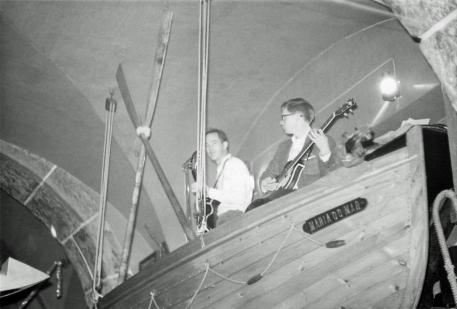 I found the above on the internet – the players in the photograph are, I think, US servicemen, not locals, so they must have been off a visiting war ship. I only saw (listened to) local Portuguese bands, I didn’t know that they allowed visitor bands.

As the evening progressed the place filled and the noise level increased. The band had to play louder and louder.
The band did take requests, via the patron’s passing notes with the title of the music and  accompanied by folding money – of course.

It always happens – the band played the wrong song, and someone took ‘umbrage’ and tried to stand on a table to get at the boat, in which the band was playing. It was then that I saw barbwire wrapped around the side of the boat. Until it was pointed out to me it just looked part of the boat’s decoration to give it authenticity, as in fishing lines. The music critic couldn’t quite reach the boat, so he was saved from receiving some very nasty cuts. The barb wire is not shown in the above photograph

I asked a waiter if this was normal and he told me that they had to introduce the barbwire some weeks earlier to protect the band! So they had ‘elf an safety, even then . . . 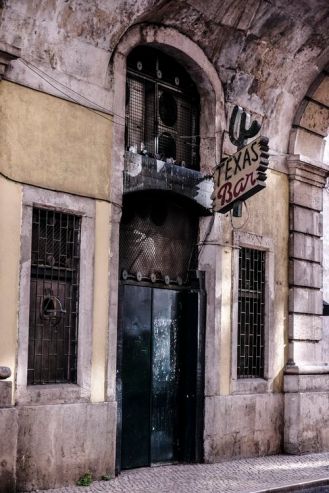 A tired memory of more than fifty years later, but I have read that it still opens at 11.00 pm each day, but I don’t know if that is true or not.

We sailed the following evening, the cruise was nearly over – three and a half days and we will be in Tilbury. During the homeward trip we arranged a tug of war between the students and the first-class passengers. The students won and later all the officers attended a show put on by the students.
It was a good show and part of the show was a comic sketch about two cadets – both caricatures of myself and another cadet, because we had the most to do with the students.
It went down very well with the other officers and I even recognised some of my own foibles. Do I really walk like that??

This cruise was a short cruise, and we were soon back in  Tilbury Docks (London), at 08.00 am on a Sunday to disembark our passengers. We sailed ’empty’ at 6.00 pm for the Firth of Forth in Scotland to board a Scottish school cruise for the Baltic.