In 1911 King George V, and his wife Queen Mary, (our current Queen is her granddaughter), visited India for the Delhi Durbar, where they were proclaimed Emperor & Empress of India on December 12th, 1911.

Attending the event were all the Indian princes, landed gentry, and every person of note in India. 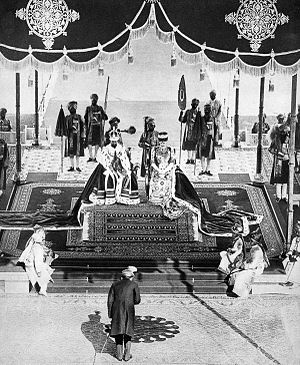 The Nizam of Hyderabad pays homage to the Emperor and Empress at the Delhi Durbar, 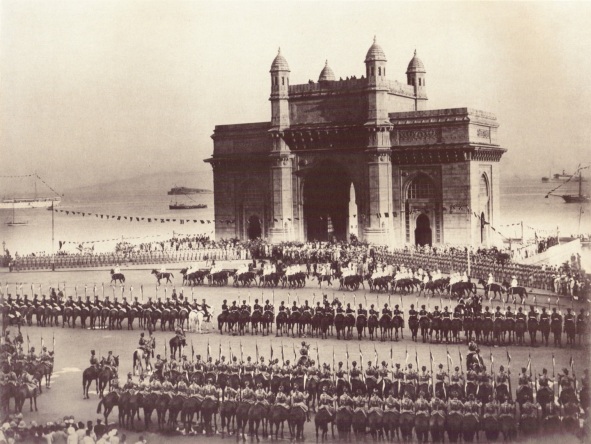 Thousands of people, as well as thousands of troops were at the Delhi Durbar ceremony. The link will take you to a silent film of King George & Queen Mary arriving at the Durbar, which is the equivalent of ‘the King’s Court’.

To celebrate the landing of King George and Queen Mary at Wellington Pier, (see the above picture), which later became Apollo Bunder (bunder means ‘port’ in English), the Indian Government decided to commemorate the arrival of the dignitaries by building the GateWay to India. The foundation stone was laid in March 1913, but construction work did not begin until 1920, and the structure was completed in 1924. 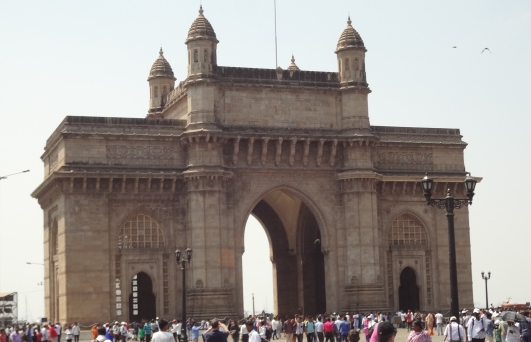 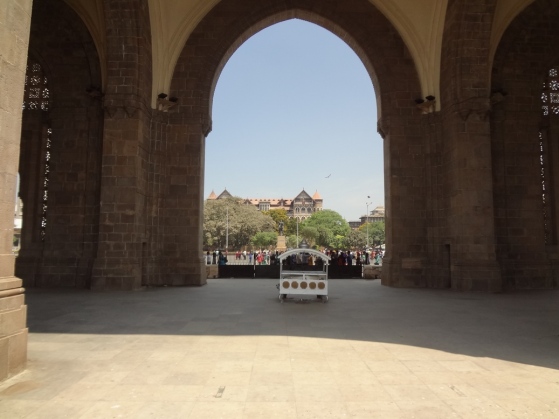 The above is looking towards the city of Bombay (now Mumbai) –
the Arabian sea is behind me. 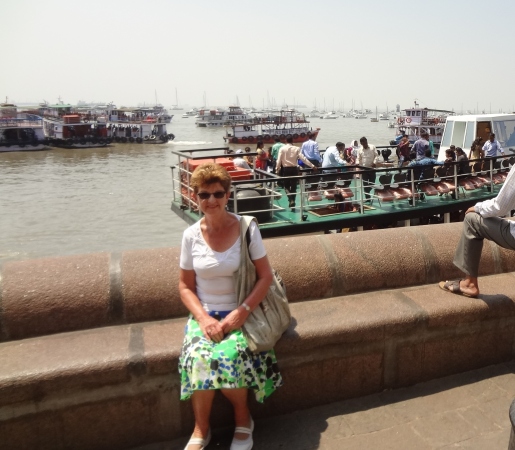 What used to be the place to land upon reaching India via P & O or BISNC steamers from the UK has changed to being the departure point for those who wish to visit Elephanta Island by ferry. This is the area where George V and his Queen stepped ashore.

I just had to take this photograph of the colourful dresses of the passengers on the ferry.

This type of boat mooring, and the boats themselves, always makes me think of India. Check the first ferry picture showing how close they were moored to the ferry area.

From the air you can see the same layout of the land as you can in the black & white photograph earlier in the blog. Th earlier photograph was taken in 1905.

When I took the seaward view of the Gateway to India the Taj Mahal Palace Hotel was behind me, which was opened in 1903. The hotel has a long list of famous people who have stayed in the Taj. 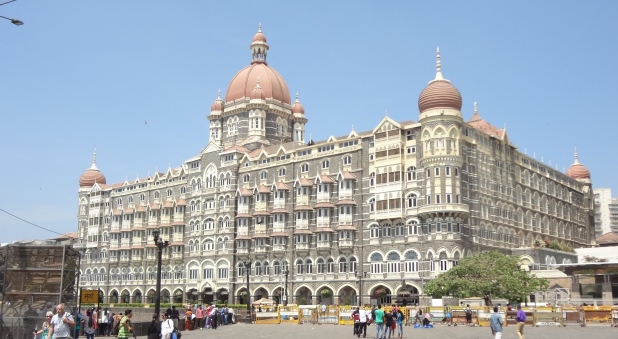 To the right of the old hotel they have what they named the Taj Mahal Tower, which is the extension of the Taj Mahal Palace Hotel, built in 1973. 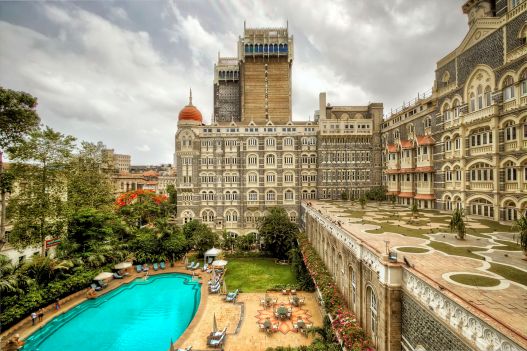 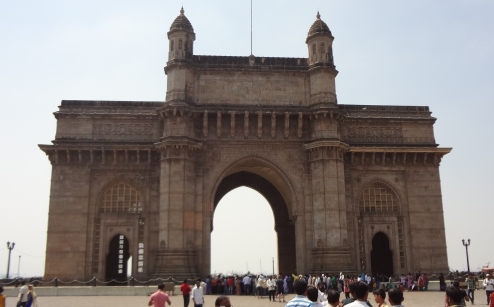 The British had left as rulers of India, but the new Prime Minister, Nehru requested that various British military officers remained within the Indian army, air force and navy for some time, until the the Indian officers were able to take over completely.
India gained independence on the 15th August, 1947, which became a National Holiday.

For my Australian readers –

The date on which India became a republic is the 26th January 1950, and this date is also a National Holiday.

One thought on “Gateway to India”