I was fortunate to attend HMS Conway, which was a training ship (see picture below) to supply officers for the merchant and Royal Navy – most us went in to the merchant service.

The college began in 1859, and I attended ‘Conway’ between 1960 and 1962. During my time we lived in barracks because the old ship had run aground and broken her back in 1953 while being towed through the Swillies, which is a very dangerous stretch of water  between the North Wales coast and the Isle on Anglesey. She was on her way to dry dock in Birkenhead, but never made it.  . . . 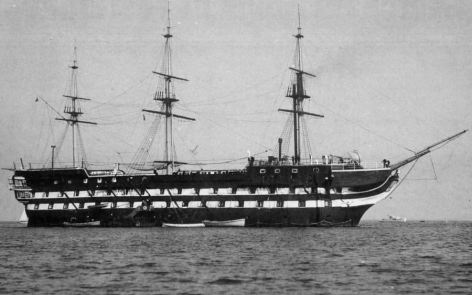 After leaving Conway in 1962, I went to sea, and my first ship was a tanker, the Ellenga, with a gross tonnage of 24,246 gt. At that time she was quite a large vessel. 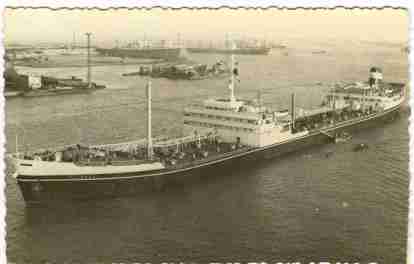 Tomorrow we sail from Sydney harbour aboard the Diamond Princess, which is just under 116,000 dwt and nearly five times the size of my first ship.

The above was taken last September, (2015), and the small yellow / green ship is a Sydney harbour ferry. The black vessel is a tanker bunkering the Diamond Princess moored alongside the Sydney Cruise Terminal, where she will be tomorrow when we join her.

For many of us who went to sea as young men (I was eighteen on my first trip) never lose the love of the ocean. One old Conway, John Masefield, captured the feeling of the sea when he wrote Sea Fever.

I must go down to the seas again, to the lonely sea and the sky,
And all I ask is a tall ship and a star to steer her by;
And the wheel’s kick and the wind’s song and the white sail’s shaking,
And a grey mist on the sea’s face, and a grey dawn breaking.

I must go down to the seas again, for the call of the running tide
Is a wild call and a clear call that may not be denied;
And all I ask is a windy day with the white clouds flying,
And the flung spray and the blown spume, and the sea-gulls crying.

I must go down to the seas again, to the vagrant gypsy life,
To the gull’s way and the whale’s way where the wind’s like a whetted knife;
And all I ask is a merry yarn from a laughing fellow-rover,
And quiet sleep and a sweet dream when the long trick’s over.

A Blog here to Serve