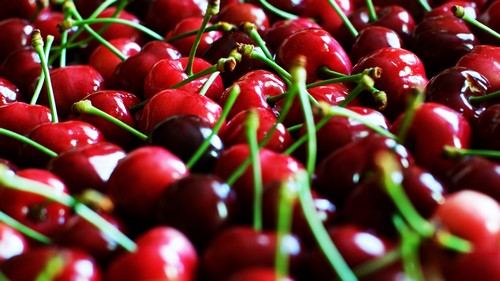 Today it is the cherry capital of Australia.

In 1847 Edward Taylor planted the first cherry tree in the Lambing Flat area.

James White was the first European to lay claim to land in the area in 1826. He had been convicted of horse stealing in Buckinghamshire in the UK in 1812 and transported to Australia in 1813.
He named his cattle station ‘Burrangong’ and claimed 260 square kilometres of land (100 square miles).
In 1860 a group of men, led by Michael Sheedy, were looking for horses on James White’s land and they  camped along a creek in an area called Lambing Flat.
The cook for the group, who was an American, thought the area reminded him of goldfields that he had encountered previously. He washed several spade full of earth and found gold.
The group returned to their homes, which were about 51 km away (32 miles), and a few days Michael Sheedy and six of the group returned to Lambing Flat with equipment to test the area for gold.
They found gold and within a short time there were fifty more people looking for gold, which soon grew to thousands of gold seekers, and many of the new prospectors were Chinese. 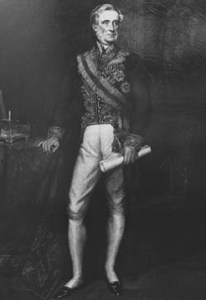 In 1889 the town of Young was the first town in Australia to have electric streetlights and electricity connected to homes, which was only ten years after the first electric street light and connection to homes had been switch on in Newcastle England.

Maureen and I decided upon a visit to Young and I followed the signs to the tourist centre, which I usually do when I visit any new town, so it was a surprise to see that it was located in a railway station.

The railway station was a lovely looking building and too big to get in to one screen shot in my camera. 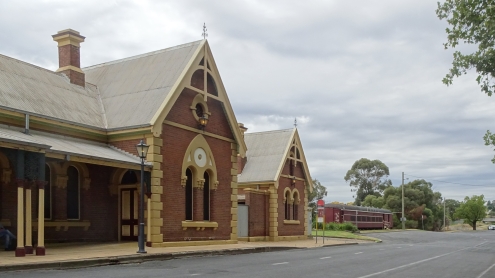 The right-hand side of the building and the red bits are train carriages.

Closer look of the rail carriages.

The station was opened in 1885 and closed in December 1989 and is considered historically rare. I must admit that it is a fine well-built solid station that reflects the power of the railways in years gone by. 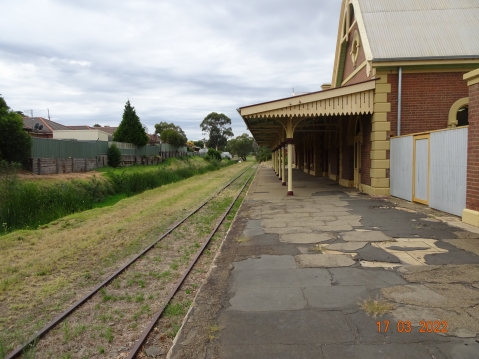 I wonder when the next train will arrive.

Past times. I am standing on the platform with the station behind me. 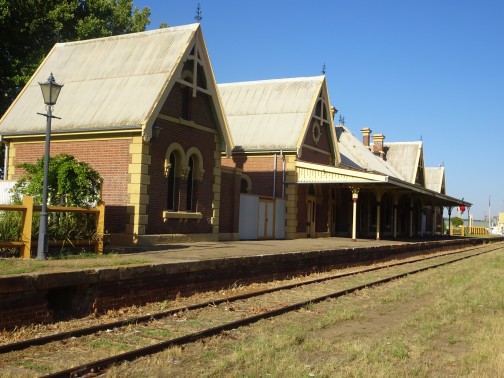 Inside the railway station the various offices have been converted into a welcome area for the tourists with very helpful staff. One of the old waiting rooms is a now a display area for various wines produced in and around Young. 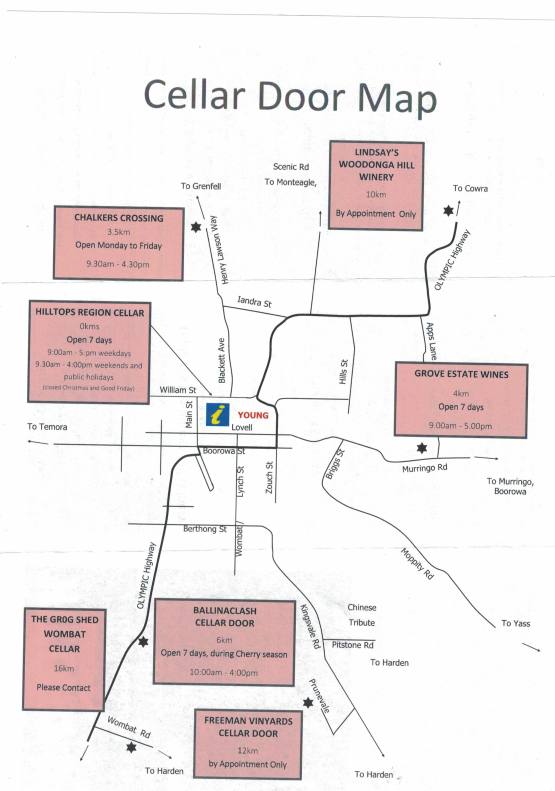 I do like a town that helps me try out their wines – unfortunately I never managed to get close to any vineyard – I should have bought a bottle or two from the railway station.

I wouldn’t mind how late the train was if the station waiting room is like the waiting room in Young. All the wine on display was for sale.

While chatting with the young lady at the tourist desk she suggested a visit to Poppa’s Fudge & Jam Factory, which was a five-minute walk from the railway station.

of course the focus was on cherries, strawberry and cherry jam, cherry Turkish delight, cherry sauce, cherry nougat, they also had Cherry chutney, Chilli Cherry Chutney, cherry topping and so on . . . . I think we bought a few jars of cherry jam as presents because I don’t have a sweet tooth and prefer sour marmalade. Think Easter  Poppa’s Fudge & Jams
If you click on the link, click full screen, less distractions from other adverts.

Farwell to the cherry tree capital

Driving around the Cowra/Young area I can’t help stopping at odd ball places because of the name. 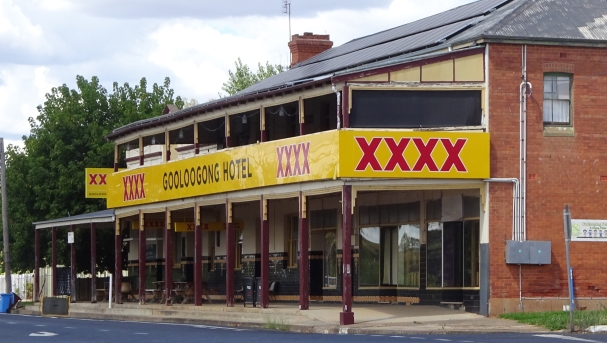 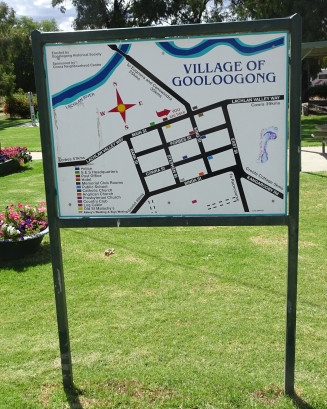 Most of the odd ball places always have a pub, so they can’t be too bad of a place to live. . . 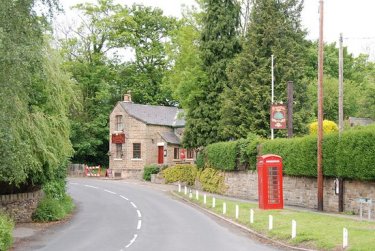 Talking of pubs perhaps the best place to experience a pub would be in the UK at Millthorpe in Derbyshire. 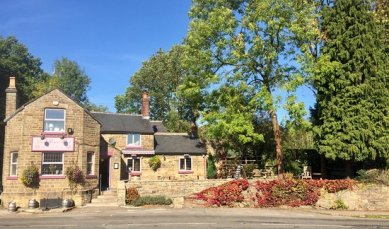 Perhaps the Royal Oak, Millthorpe for a British pint of beer, the pub was built in 1857, from British aspect the pub is quite new.

When I saw the map of NSW and noticed Millthorpe we just had to visit, because when we lived in the UK we were only about 60 km (40 miles) from Millthorpe. 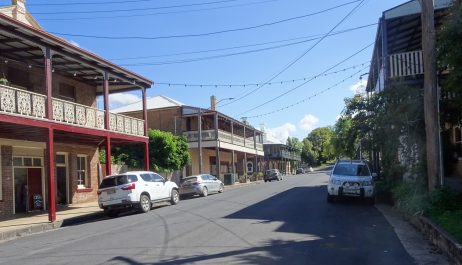 The two towns have one thing in common – quiet streets.

Must admit I do like the pavement overhang to keep a shopper cool or dry depending on the weather.

The building on the right was built in 1911, old for Australia, but yesterday from a British point of view.

The Grand Western Lodge in Millthorpe Australia, built in 1901.
At first, I thought it was a Masonic Lodge, but have since read that it started life as a hotel-pub. It closed operating as a hotel in 1961.
Because of its historical importance as a fine example of an Edwardian pub it is now listed on the NSW State Heritage Register.
In 1987 it became a nursing home for people with disabilities.
In 2013 the residents initiated a class action against the management and in 2016 the action was settled for $4.05 million.
In 2020 I believe the building was sold again and the new owners plan to renovate the place and turn it back in to being a hotel.