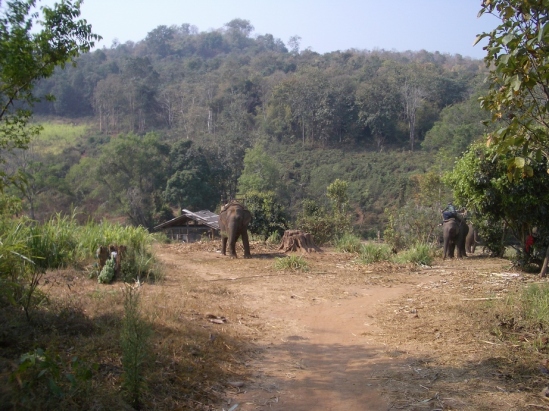 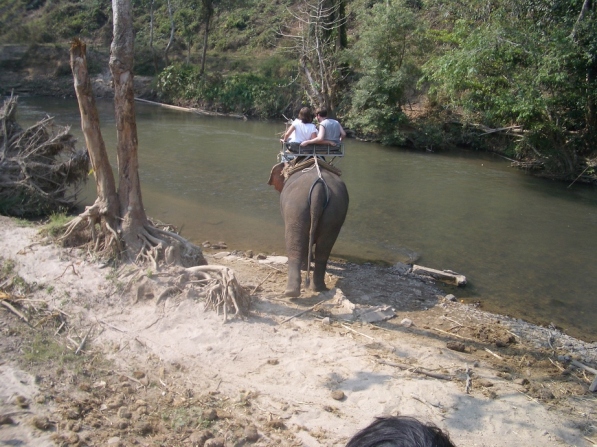 Each elephant carried two people, plus the handler who sat across the animal’s neck. For the record ours was called Jennifer, and whenever Jennifer felt hungry she would stop and help herself to a bunch of leaves or large twigs to chew on, during her walk around the area.

The elephant handlers had four animals, the above photograph is of one of them ahead of us as we approached the river. 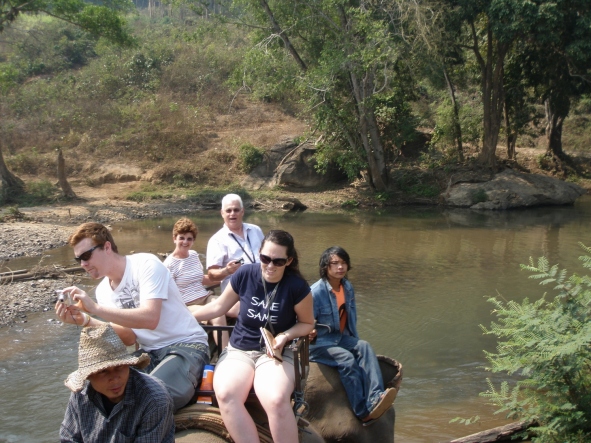 Jennifer caught up with the lead animal and wanted it to get a move on – there must have been something on TV that she wanted to see. Maureen and I are the couple at the back – Jennifer’s handler is the guy with the orange shirt. 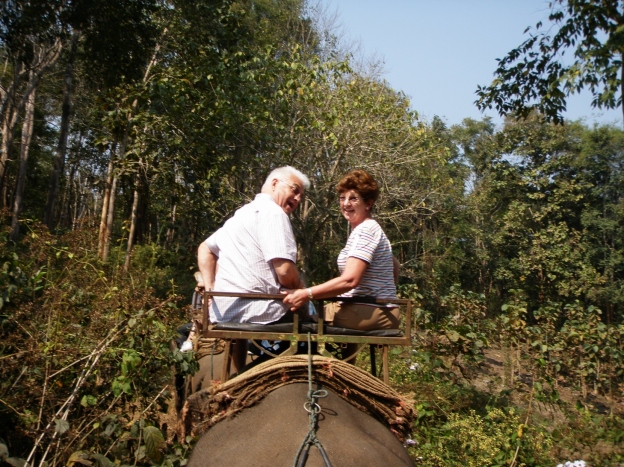 Jennifer was quite happy now that she was out of the river. 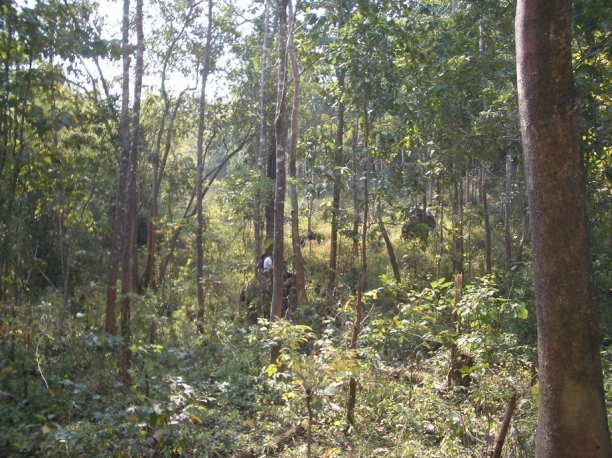 We crashed through the undergrowth – and we went where ever Jennifer wanted to go . . 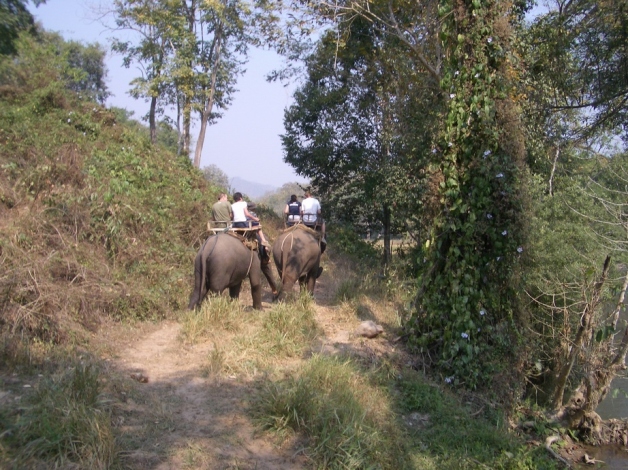 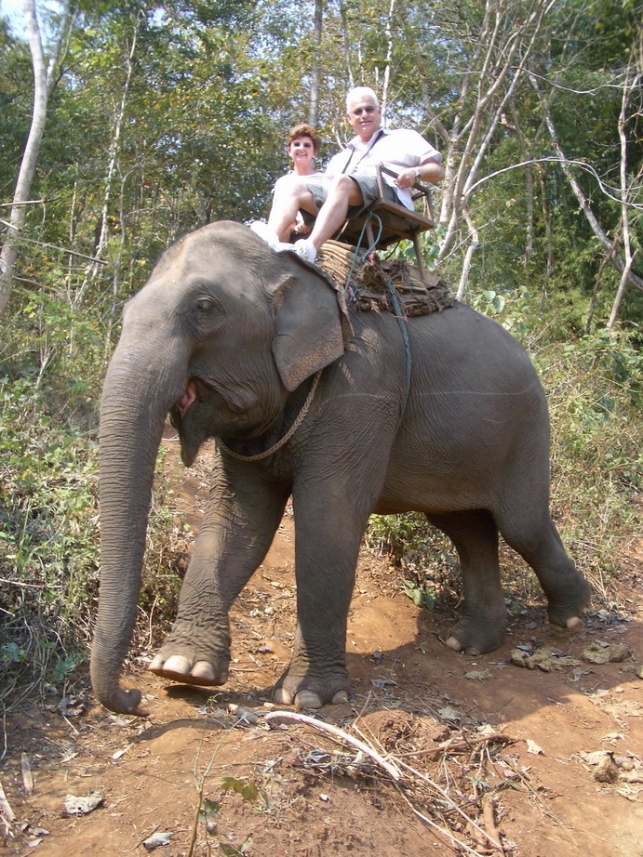 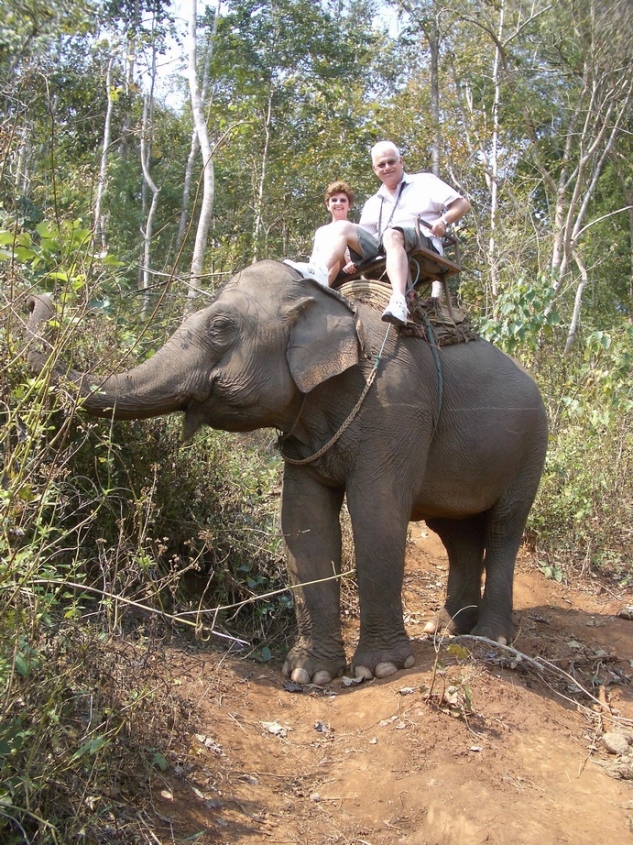 We had to dodge the larger branches as she ripped them from bushes, waved them around her head, as we ducked, and she chewed on the best bits.

When we returned to our starting point we were encouraged to feed Jennifer with bananas. The trip on the elephant was about 40 minutes  – we realised later that we’d crossed this river on Jennifer as we rafted our way down stream. 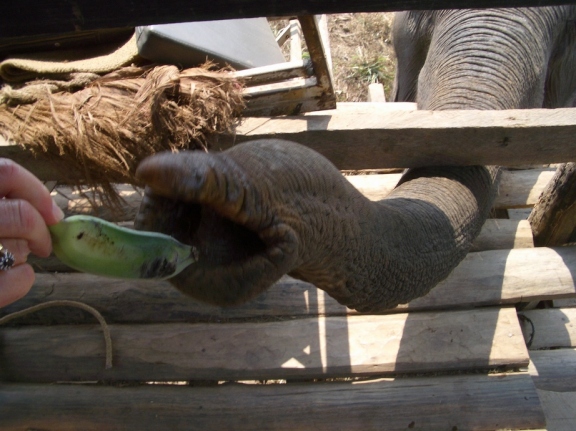 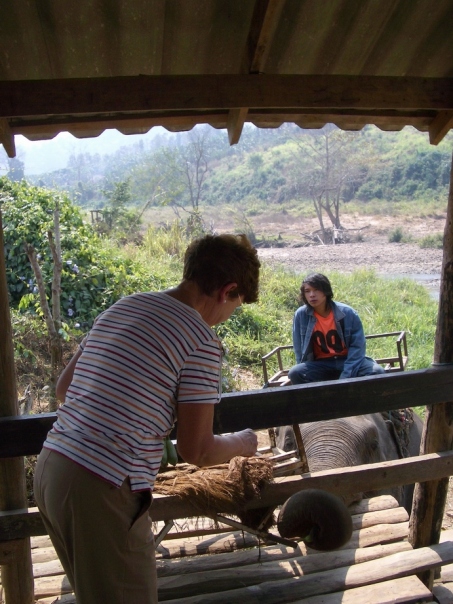 Maureen talking to Jennifer, while offering bananas, the problem was Jennifer didn’t understand English – she was tongue Thai’d . . . (they get worse as I get older).