Working for an airline sometimes (very occasionally) we were offered cheap trips on a particular route if the airline was doing a ‘promo’ to encourage people to fly to a particular destination.

Maureen and I had been married for about eighteen months and we had not had a honeymoon, because we decided to take out a mortgage to buy a house, so the £7 sounded a good deal. We left on Friday and arrived back late afternoon on Sunday.

We stayed at the Hotel Pretty, but I am unable to find any details of this hotel online and my lasting impression of the hotel was that it was cheap, but it did have a memorable breakfast.

The large oblong table was covered in a blue plastic table cloth, and a bread board was placed in the centre,  along with long sticks of French bread and a large knife for cutting the bread and of course a pots of jam – but we did not have any butter.

The above picture gives you an idea –

Each of the hotel guests were given a plain white bowl (without a handle) for our coffee, and for me it was the best coffee I had ever tasted. I’ve never been able to recreate the taste again.
Bread sticks were passed up and down the table and chunks hacked off by a hotel guest to be smeared with jam.
Our group consisted of  Maureen & I, another couple and two single males – all the males in our party worked together for BOAC cargo at Manchester airport.
We were not offered cereal or bacon & eggs  . . . but we did share the smell of . . 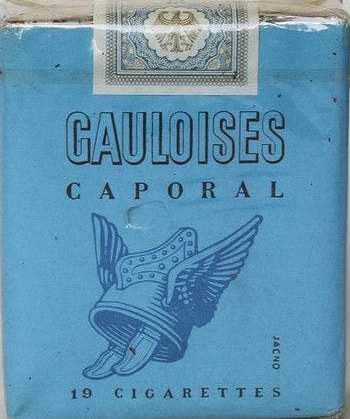 I think smoking in Paris at that time was compulsory . .

Overall, we enjoyed our ‘foreign’ weekend away and it was not long before we decided to take advantage of our ability to fly with BOAC at a discount rate. This time we picked New York.

From memory once again I think we were accompanied by others from the BOAC team.

The aircraft was the VC 10 – Manchester to New York, non-stop.

Inside the VC 10 – Maureen & I were fortunate because we had three seats for the two of us.

I asked a stewardess (this was their title at that time) if I could visit the flight deck, she said she would ask, which she did and a few minutes later I was invited to meet the captain and his crew on the flight deck – how times have changed.

The flight deck was quite crowded when I was included. I was offered a small pull-down seat while I chatted with the captain as he explained the routine of the flight. I was particularly interested in the navigational officer’s duty having been a deck officer at sea.

In the early 1970’s satellite navigation for commercial aircraft was still in the future. The first NAVSTAR (Navigation System with Timing and Ranging) was not launched until 1978, which was part of the US defence department system, and it was not until the 1980’s before the system could be used by commercial aircraft.

To navigate across the Atlantic the navigating officer would use a ‘bubble sextant’ . . .

When I was at sea we used a sextant to navigate around the oceans, (see above picture for a marine sextant) the idea being to measure the angle of the stars or the sun by bring the image of the star or sun down to the horizon and reading off the angle from which we would work out our latitude etc.

Obviously when flying one could not measure the angle of a star by bringing it down to the horizon, because if it was night and cloudy the aircraft would be above the clouds so the navigation officer would not be able to see the horizon at 30,000 feet.

On the aircraft they used a bubble sextant, which has a bubble in a liquid filled chamber (think a carpenter’s spirit level), which provides an artificial horizon. While the navigator holds the instrument, the pilot does his best to fly straight and steady, and at a constant speed, because if the plane is jerked in anyway the navigator receives an incorrect reading. The pilot may do his best to keep the plane steady, but wind and air density can cause alterations, so the navigator will take several readings and average out the result.

The black and white picture above the picture of the marine sextant shows a VC 10 navigator taking readings.

Thanks to the bubble sextant we did not get lost on the way to New York.

Richard Byrd, 1888-1957 (not the same Dicky Byrd that worked for BOAC) developed the bubble sextant using a modified standard marine sextant, and in May 1919 he flew the Atlantic in a NC-4 seaplane and landed in Plymouth U.K.
NC = Navy Curtiss flying boat.

At that time there was a prize of £10,000 (worth about US $600,000 today) for the first person to fly non-stop across the Atlantic, and it had to be completed within 72 hours. The prize was only open to non-military flyers.

Alcock and Brown won the prize in June 1919 in a Vickers Vimy bomber, they completed the flight in less than sixteen hours.

As they approached Ireland, they thought the ground that they could see was flat grassland and ideal for a place to land. The landing area was a bog . . .but they were the first people to fly the Atlantic non-stop.

The visit to the flight deck was interesting and it helped pass the time because it would be some time before airlines introduced films (movies) on a regular basis, which mainly came about with the advent of the B747.
Oddly enough the first commercial inflight movie was shown on Imperial Airways Ltd (the for runner of BOAC) from London to Paris in 1925, it was a silent commercial film of Sir Arthur Conan Doyle’s book – The Lost World.