Around the corner from our accommodation was an old railway station called Sulphide Street Station. It is no longer in use, but is now the location of a small railway museum.

Silver City Comet is now part of the museum.

The above is the left side of the explanation of the train at the museum. 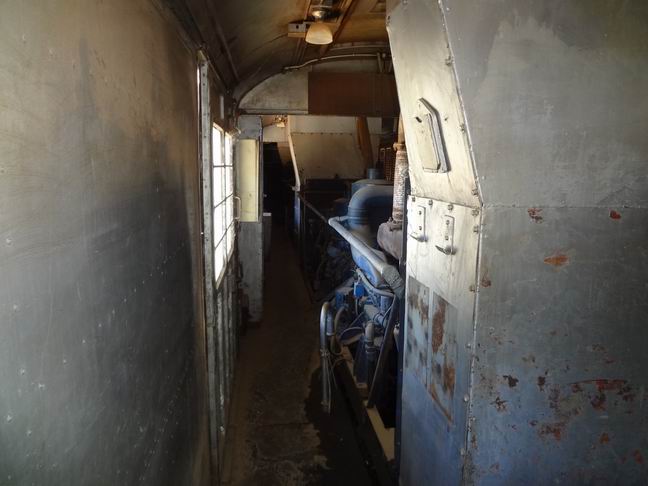 Pictures of the two engines. 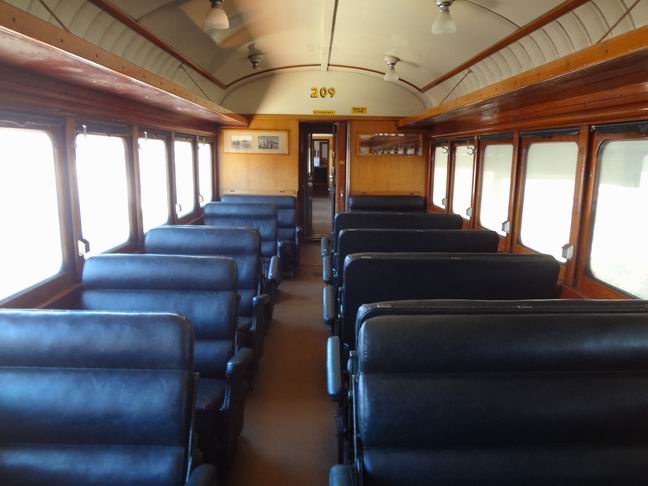 The yellow signs at the end of the carriage (under 202 and to the left & right) indicates that the area ahead is the smoking area for first class passengers – very un PC today!

I was impressed with the size of the fully electric kitchen to supply the needs of passengers in 1937.

The museum had other trains as well as the Silver City Comet.

We were allowed to climb all over the various trains, including inside the engines – you don’t have to be a child to enjoy playing with trains.. 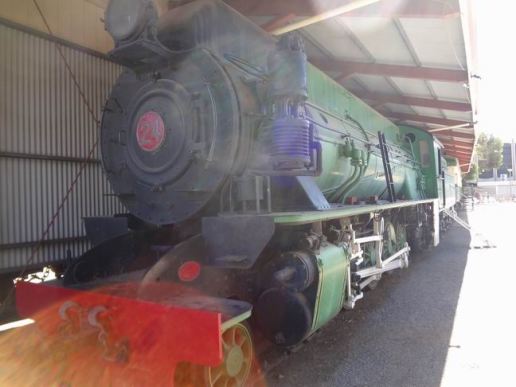 Within the museum they have a section that has been given over to stories and interviews of migrants to the Broken Hill area from Europe, just after the WW II.

Some stories made very sad reading, and others are quite inspirational. Particularly those who could not speak English when they arrived, yet they managed to make a new home, learn a new language, and in a number of cases they became successful businessmen. They all wanted to fit in to Australia; none of them demanded that they should receive special treatment.
Multiculturalism hadn’t been invented when they arrived; all they wanted was a new safe life, and the right to be Australian.