We sailed from Puerto Montt at 5.00 pm for our next port of call, which was Puerto Chacabuco.

We passed a number of islands off the Patagonian coast, and experienced the majestic fjords that made one think of Norway.

The area known as Patagonia is split between Chile & Argentina, but I must admit I always thought of Patagonia as a part of Argentina rather than also being part of Chile.
Patagonia is the only place that the Welsh colonised, and in certain areas the locals still speak Welsh, and the children are taught Welsh.

The Welsh arrived in 1865 with the belief that their culture needed to be protected, because they considered it under threat in Wales.

It is estimated that 50,000 Argentinians can claim Welsh descent.

This post will be mainly photographs, because I enjoyed just floating passed some beautiful spots.

Being an early riser has its compensations . . just to watch the sun rise.

This is why I picked a cabin on the port side of the ship. 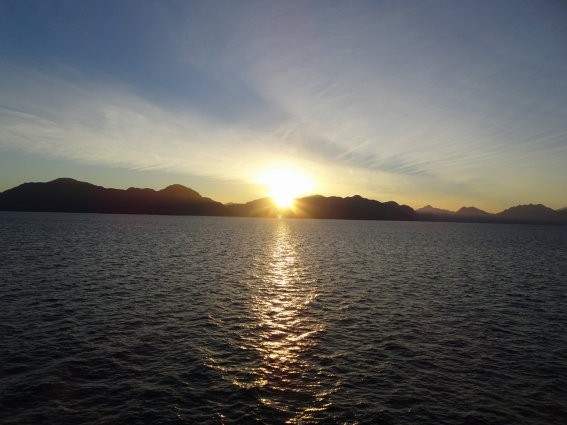 All good things come to he who waits.

A picture in blue

We are inside a fjord – the water is flat calm as you see. 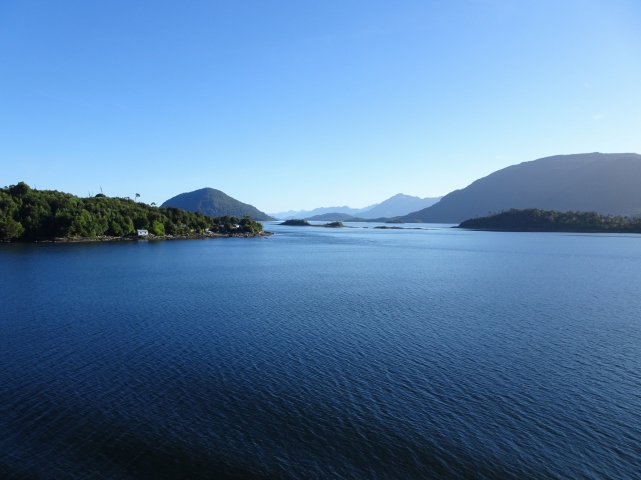 ‘Civilisation’, a small village on the point. 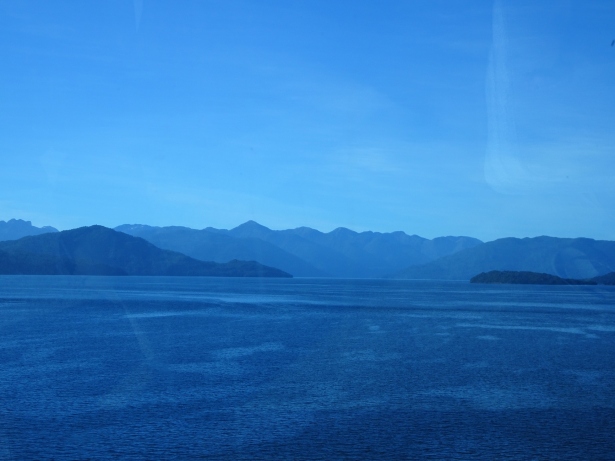 Clear sky, but it suddenly poured with rain – check the the surface of the water. 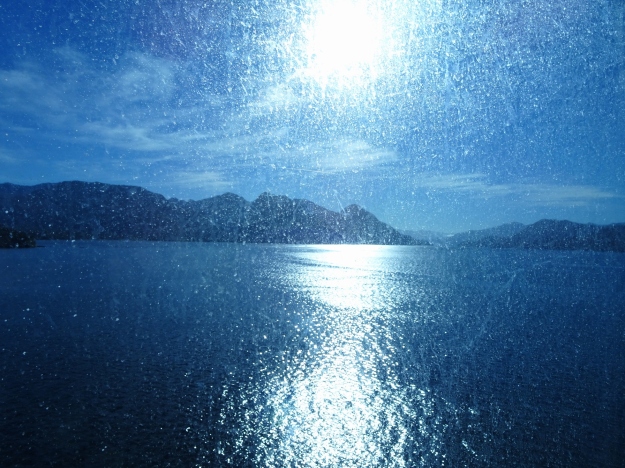 I was in the Living Room on the ship when I looked out and saw the sun reflecting on the water during a downpour, and had to click away.

Starting to clear and the mountain in the background takes shape. 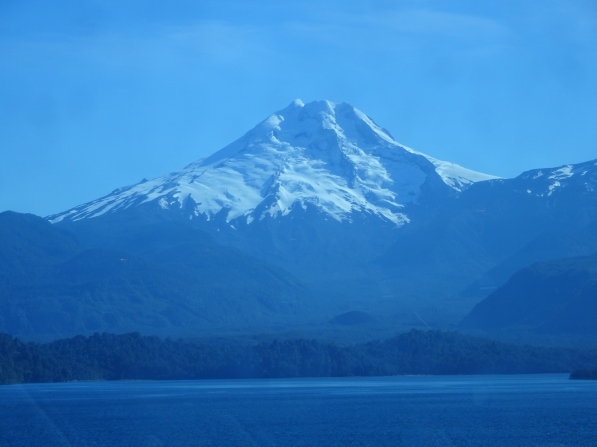 Don’t forget we are in the middle of summer – February.

Rain has stopped, but the wind has picked up a little. (white caps on the water) 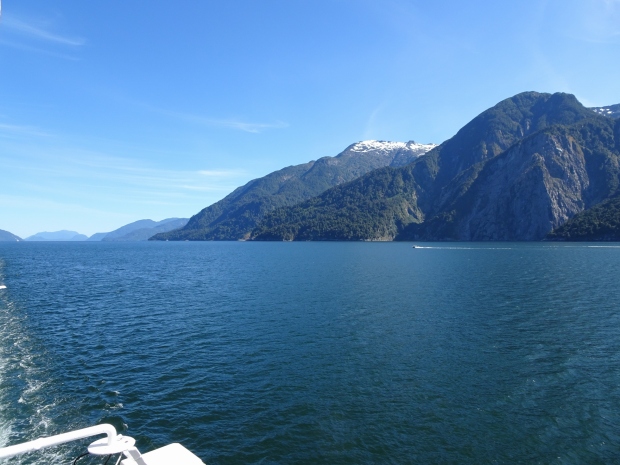 Nearing our destination – small sign of civilisation, with the pleasure boat.

Our destination is around the next headland – on the port side.

‘Left hand down a bit, Mr Murray’‘ – you’d have to be of a certain age to remember this comment. 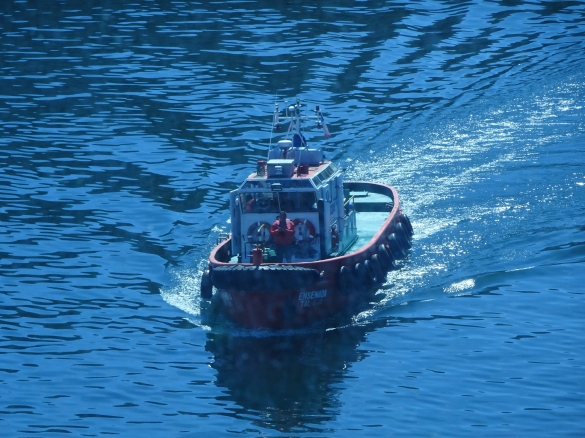 At first I thought that this was the pilot boat, but it was a small tug that would carry our mooring lines ashore.

I hoped that the pilot was not the same one who tried to berth this vessel . . . .

I looked back as we entered the small port . . .

The pilot boats – during our passage of the fjords we had a number of pilots living on board – I think there were six due to the complexity of navigating the various channels within the fjords.

Alongside at last – the small boat that I’d seen, carried our mooring lines to the shore side gang.