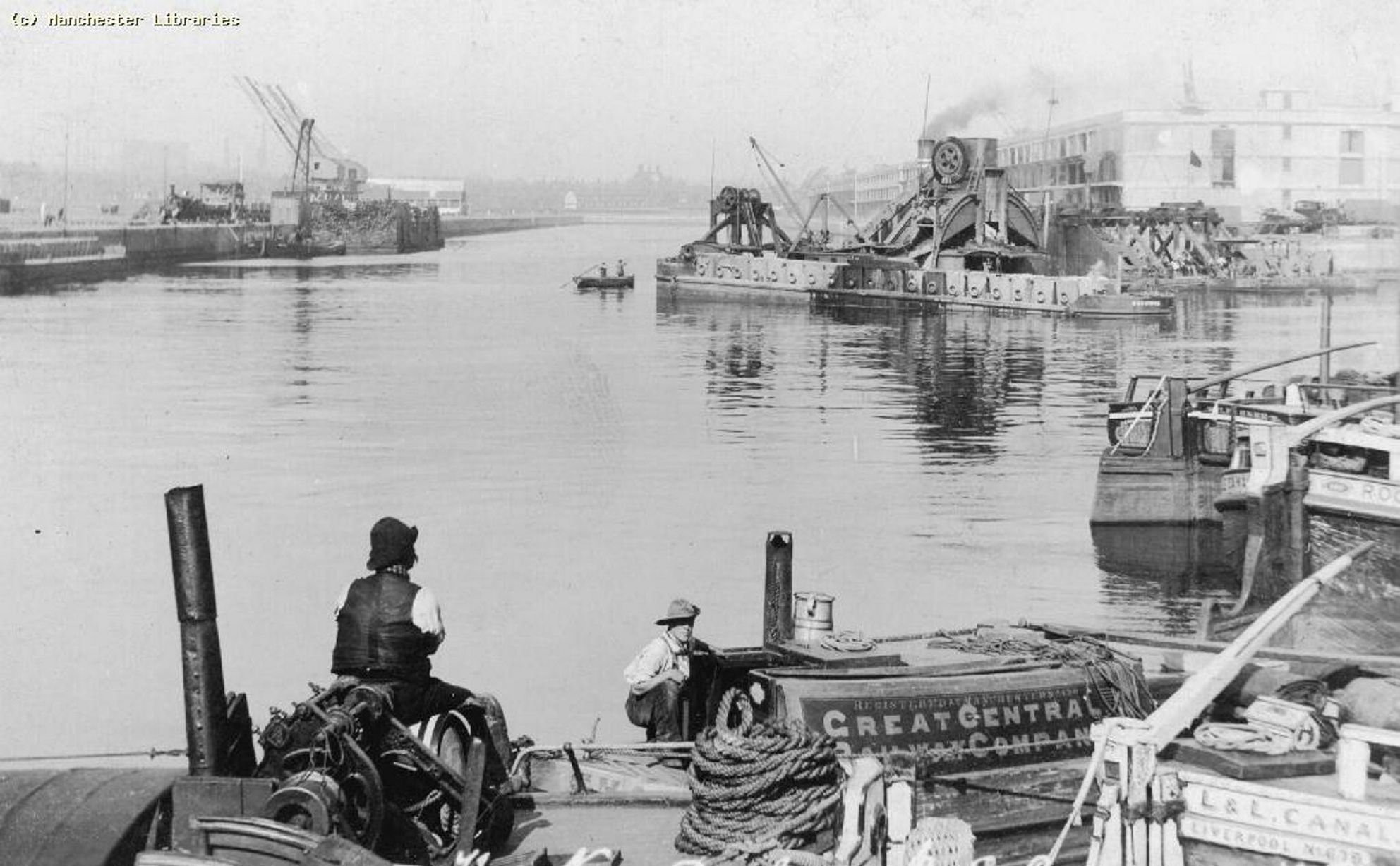 Over the years Manchester had a number airports, the first being built near the Manchester Ship Canal, and it was called Trafford Park Aerodrome. It opened in 1911 and closed in 1918.

This was followed by Alexandra Park Aerodrome, which can be seen below.

Manchester’s second airport 1918 – 1924 –
there isn’t any trace of the airport left because it has been built over for housing, and a main road was built at the eastern part of the site.

The Vulcan bomber just to name three famous aircraft from this company.

The aerodrome was expanded in the 1930’s and after the war the company was bought by Hawker Siddeley, and years later became part of British Aerospace.

This airport was always only temporary and only lasted a year.

The penultimate airport was Barton Aerodrome or City Airport Manchester. 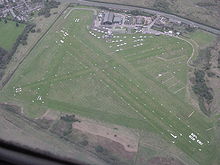 Four grass runways, 9.00 am to 8.oo pm operation, and this airport is still open today, and all the original buildings are now ‘protected’ because they are grade two listed buildings, which are often used as setting for films & TV.

As this airport was opened in 1930 another airport was being considered, and construction began in 1935 and completed in 1938. The airport was located near a small parish called Ringway.

Ringway in Cheshire has a recorded history going back to 1173, and the first time the chapel was mentioned was in 1515. The chapel was used during the English civil war 1642-1651.

During the war the airport was known as RAF Ringway.

The hanger / warehouse where BOAC cargo was located (which is where I worked) used to be the training hanger for RAF Ringway, where they trained parachutists during WW2.
I’ve read that 60,000 soldiers were trained, in this warehouse / hanger, to be parachutist.
The troops came not just from the UK, but Poland, Canada and other allied countries.

I found the above on the internet, which illustrates how they trained the recruits in the basics of parachuting.

As far as I can make out by using the internet, I think the hanger where I  worked is now the check-in area for Ryanair and KLM. The airport has completely changed since I left in 1980.
At least I was able to find the pubs on Google maps that we used frequent . . .

The Airport Pub – which we only visited very occasionally, because it was very close to work, and noisy due to the aircraft, but I note that the pub has now made the noise an attraction . . . .

The Tatton Arms
Close to the airport for a quick lunch time pint and a pickled egg, the picked eggs were very good.

The Ship Inn was further away from the airport than the Tatton Arms, and it had a  different ‘atmosphere’ altogether.

The Ship Inn dates back 350 years and used to be a store house for manure until the farmer started to brew beer.
The wisteria plant that grows outside is claimed to be 260 years old.

I started this post with a picture of the Manchester ship canal, which was opened in 1894, 134 years after the wisteria was planted . . . . 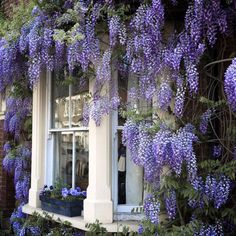 Just a reminder of wisteria in bloom . . it is not The Ship Inn wisteria.