From the beginning the ship attracted a certain type of boy.

went on to be the first man to swim the English Channel.

1861 Warrington Baden Powell  later in life was the founder of the Sea Scouts.

was asked by Churchill, who was First Lord of the Admiralty, to produce a strategy to knock Turkey out of the First World War. His plan was accepted and he was in charge of the initial landings, which were successful. He was replaced when he became ill and his plan was altered, which included landing troops further south than the original plan – this alteration became the Gallipoli failure.

commanded the troops that defeated the Matabele 1893 and was in command of Mafeking through out the siege. As Governor of Queensland he laid the foundation stone for Brisbane town hall in 1917.

In 1889 The Cadet was started – I had the whole magazine in 1960.I can not remember what happened 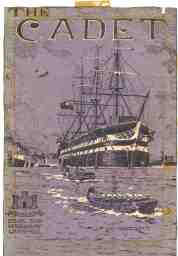 to the innards. Above is the front & back of the same edition.

On a different note Capt. Herbert Haddock (Conway 1875- 77) was the first Captain of the Titanic. He delivered the vessel to the White Star Line, (from the builders) at which time, even though he was one of the Company’s most experienced captains, he was removed and posted to the Olympic as commander, and Captain Smith of the Olympic was given command of the Titanic.

James Moody (1902-03) was the sixth officer on the Titanic and had only been at sea for six years. He stayed with the ship making sure the lifeboats got away until the end, he didn’t survive the sinking. There is memorial to him Woodland Cemetery Scarborough. 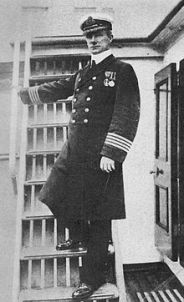 1885 Sir Arthur Henry Rostron – he was thirteen when he joined Conway and in 1895 he joined Cunard Line. He was Captain of the Carpathia in 1912, and rescued nearly 700 survivors of the Titanic. Later he commanded the Mauritania and was Commodore of the Cunard Line.

1912 Lt Colonel Philip Bent VC, DSO gained his 2nd Mates ticket after leaving Conway, but volunteered for the army in 1914 as a private solider, and was posted to the Leicestershire Regiment. His regiment was sent to the Western Front.
Losses were so great that within three year this 23 year old had been promoted from the ranks through various positions to become Lt Colonel of his regiment. His battalion attacked Polygon Wood in Belgium. The attack was unsuccessful and the Germans counter attacked the British lines. The situation became critical, so Colonel Bent collected a platoon that was in reserve and a number of other soldiers and lead them in to a counter attack. He lead from the front shouting ‘Come on Tigers’ – unfortunately he was killed, but the attack was successful. For his bravery he was awarded the VC.

In WW1 Conway cadets were awarded 3 VC,(Victoria Cross, the highest award for bravery in the British military, it has only been award to 1358 times since 1856) 42 DSO, (awarded to officers in the army above Captain – it was considered that the individual had just missed out on a VC), 48 DSC (a navy medal), 21 MC, (Military Cross usually given for bravery on land), 2 AFC, 4 DFC (the AFC stands for Air Force Cross and the DFC is Distinguished Flying Cross) unusual awards for cadets of a naval college.

During WW2 the Commander (2nd in charge) of HMS Ajax at the battle of the River Plate was Douglas Everett 1911-13. Rear Admiral Everett, as he was to become, was Chief Staff Officer for the planning of the invasion of Sicily, and later Commander in Chief Hong Kong amongst other senior appointments. 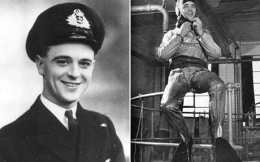 Ian Fraser 1936 – 38 – commanded a midget submarine against the Japanese. During his approach to the Japanese cruiser Takao, he deliberately left the safe channel and entered a minefield to avoid being detected by hydrophones. The target was in very low water and only the midship section was where the water was deep enough for him to place his mines. After forty minutes approaching the cruiser he forced his own craft under the centre of the target. He placed limpet mines and dropped his main charges, which were attached to his midget sub. He had great difficulty in extracting his midget sub from under the cruiser, but eventually he was clear and made his way out to sea through mined waters. he was awarded the VC and the Legion of Merit by the USA. When the mines exploded they blew a hole in the cruiser 20 x 10 mt (66 ft x 33 ft)

Buster Crabb  1922 – 23 – in WW2 he volunteered for mine and bomb disposal and was posted to Gibraltar in 1942. The Italians, using human torpedoes, attacked Gibraltar from Algeciras in neutral Spain. Crabb scouted the harbour at night looking for unexploded under water bombs. For his work and courage he was awarded the George medal, which is the second highest award for a civilian. In 1948 he spent time checking the hulls of ships for mines in Haifa in Israel.In 1956 he disappeared while diving near a Russian warship in Portsmouth harbour. Officially he was reported drowned, but rumors have it that he was working for MI6 Some say he was captured and taken aboard the Russian vessel. A corpse was found later that year, but it was badly decomposed and its head was missing along with its hands  . . . . .

On the literary side for Conway we have

John Masefield (1891-94) the poet laureate, who wrote many poems linked to the sea. Sea Fever being one of his most popular along with  Cargos

This short poem was found after his ashes had ben interned in the poet’s corner in Westminster Abbey.

Let no religious rite be done or read
In any place for me when I am dead,
But burn my body into ash, and scatter
The ash in secret into running water,
Or on the windy down, and let none see;
And then thank God that there’s an end of me.

Douglas V Duff  (1914 – 15) – author of over one hundred novels after an exciting ‘Boys Own’ real life. His ship was torpedoed in 1917 (he was sixteen at the time)  and was one of only two survivors. He went back to sea and was torpedoed again when he was eighteen. After the war he joined the Royal Ulster Constabulary and tried to arrest Michael Collins, who told him not to be daft because he was surrounded by body guards and they would shoot him. Later he joined the Palestine Police Force. The photo is of him in the Palestine Police uniform. In WW2 he joined the Dover patrol, set submarine nets in the Suez Canal and sailed a schooner called ‘Eskimo Nell’ through the German blockade in to Tobruk. He later became involved in broadcasting and TV work until his death in 1978.

In more modern times we have 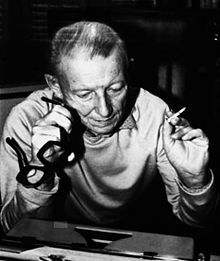 There are a large number of Conway authors, some writing text books, others biographies and yet others novels.

In the sporting field we had Sir 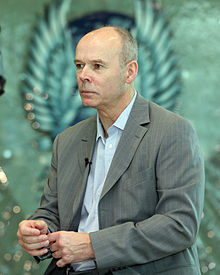 Back to the sea for one family –

The invasion was reported by the British Antarctic Survey Base commander Steve Martin 1970-73.

Later Brian Lockwood 1972-74 reported that the Argentinians had landed on South Georgia.

When the decision to retake the Falkland Islands had been made the Assistant Chief of Defence, Vice Admiral David Brown 1941 – 45, got to work.

He had the help from other Conway cadets – Deputy Chief of Fleet Support Rear Admiral Edwards 1941 – 44.

There were eight other old Conway’s involved  – I don’t think the Argentinians realised what was about to happen to them now that HMS Conway was involved.   :-o)

What ever your politics in the UK Ian Duncan Smith 1969 – 74 used to be the leader of the Tory party in the UK. Currently an MP in the British Parliament.

Captain Eric Hewitt 1919 – 21 – he joined the RNR (Royal Navy Reserves) on leaving Conway and completed his sea time for 2nd Mates in the merchant navy. On the outbreak of war in 1939 he was called up for the RNR, and having served over the years in the RNR held the rank of Lt Commander.

He served in the Indian Ocean, Persian Gulf and took part in the invasion of Sicily. He was mentioned in dispatches for protecting a Mediterranean convoy. He was involved with the Normandy landings and when promoted to Captain he was the youngest serving Captain in the RNR.

He was on Earl Mountbatten’s staff in Singapore responsible for the movement of all ships in the Far East. He followed Mountbatten to India to supervise the withdrawal of British forces from India by sea.

In 1948 he accepted the position of Staff Captain at HMS Conway and the following year he was Captain Superintendent. It was Captain Hewitt who interviewed me when I applied to join the Conway.

In 1956 Captain Hewitt was ADC to HM The Queen and later became High Sheriff of Anglesey.

Captain Hewitt was a fine example for hundreds of Conway cadets over the years. He died in 1995 at the age of 91.

The above list of old Conway boys is just a very small sample of the 11,000 cadets that experienced life as a young teenager at HMS Conway between 1859 and 1974.

Conway closed in 1974, so it’ll not be long before we can no longer say ‘You’ll find on the bridge a Conway boy.’