There comes a time when all this gender neutral rubbish has to be laughed out of sight.

We now have ‘neutral’ Mother’s Day cards, so that a very small minority are not ‘offended’. How about the rest of who might be offended? 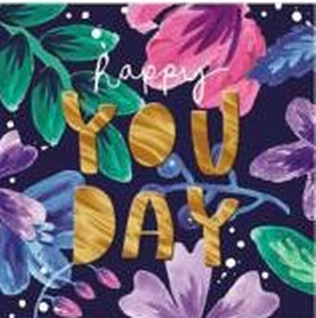 What happened to the child celebrating their own mother’s special day? In the UK when I was a child it was called Mothering Sunday, which like many other traditional days, has been ‘changed’ thanks to our trans-Atlantic advertisers.

Halloween used to be Duck Apple night, and we didn’t go from house to house in costumes. Come to think of it, asking for sweets would have been a waste of time because they were still rationed in the late 40’s early 50’s in the UK.

Apparently there is a move to change the name of Mothering Sunday to Guardian’s Day or some other such daft name.

Guardian’s Day sounds like a new Brian Rix, Whitehall farce, no one would believe that the proponent was serious.

Mothering Sunday was good for two bob or even half a crown from Dad so that I could visit the local allotments near our local park, and buy some fresh flowers for Mum. The card was hand made, and the thought of using ‘You’ instead of ‘Mum’ makes me shudder.

To what do we change man-slaughter?

Or should you move because you are offending someone by living in or near Man-chester.

You will have to make sure you don’t man-oeuvre in to an awkward position, and if you are a politician what are you going to do about you man-ifesto?

But on to a more serious area, I want to know what the Germans are going to do about their national anthem.

They mention women and they sing of the German Fatherland – tut tut!

They even mention German women and wine in the same paragraph, that must give someone offence somewhere.

Of course, not to be outdone, we have the Russians, who also sing of the Fatherland, and they glorify God – how very un PC can a communist country get? On the other hand what would you expect of the Russians?

The Dutch get worse – they sing of Princes, God, Kings and wait for it, Fatherland!
and even ‘honour’ – all this un-neutrality gender, is double Dutch to me.

The Belgium people sing of their fathers – they are very confused because they don’t mention their mothers in some versions, and do so in others . . . I suppose being the HQ of the EEC makes them very confused.

Poland – the latest version speaks of fathers in tears and boys, no mention of the other gender(s). The original version written in 1797 spoke of fathers, fatherland, boys, & would you believe GOD! No wonder they changed things . . .

The Americans sing of their land and the people and of course GOD. They did slip up once when they mentioned freemen . . .

The French sing of their sons and the fatherland . . .

Now the British have managed to get it half right – they sing of a queen, which should please many of the those who are alphabetically challenged , but then they sing of GOD . . .
The British National anthem

The Australians have managed a national anthem that doesn’t mention, male, female, fatherland, motherland or God.

We don’t mention God in Australia, because He is no longer welcome. He offends so many that He is no longer allowed in to our schools, parliaments (we have quite a few, hence the ‘s’), acknowledging God has become the 21st century’s Love that dares to speak his name  (a corruption of James Kirkup poem). Try 1 Corinthians, 16: 13.

Finally, considering our species, how will the gender neutralisers fix the word hu-MAN.