As I sat in the transit lounge at Tehran airport & scanned my ticket – it was a BOAC ticket, but the the airline was Qantas.

As was the boarding pass 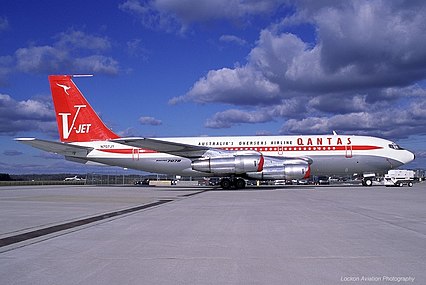 The aircraft in 1968 was a B 707 /138, which had been modified by Qantas with a turbofan and they renamed their modified aircraft as V-Jets – the V from the Latin word vannus meaning ‘fan’, or to be pedantic  “thing that blows against the grain”.

Qantas Airways was the new name, because up to 1967 Qantas’ name had been Qantas Empire Airways .

The route from Sydney to London is traditionally known as the ‘Kangaroo Route’, and Qantas had various ways of getting to London in the 1960’s.

Boarding was via a set of stair – the idea of an aero-bridge to assist passenger boarding  of the aircraft was in its infancy.

The aircraft that I was to board had arrived from Sydney via Manila, Hong King and New Delhi, and from Tehran our next stop would be Athens and finally London.

In 1966 you could get to London from Sydney via the Fiesta Route, which was via Fiji, Tahiti, Acapulco, Mexico City, Nassau, Bermuda, London.

Don’t forget at that time the in-flight entertainment was the airline magazine or you chatted with the passenger next to you, or you read a book, because movies on demand was years in the future and even the pull down public screen for everyone to watch the same film, was also in the future.

Picture from the internet of the inside of a Qantas B707/138 economy class seating, and the one thing you hoped for in economy was that the centre seat was unoccupied. 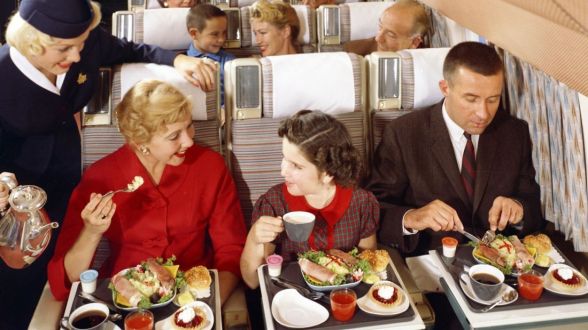 At that time you dressed appropriately for international travel – the above is just an illustration. 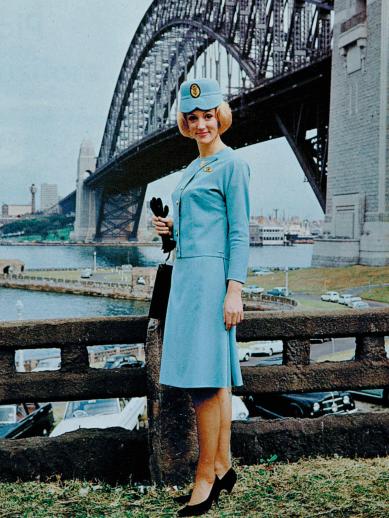 Stewardess’ uniform for Qantas in 1968

Once I sat down I was presented with a breakfast menu. 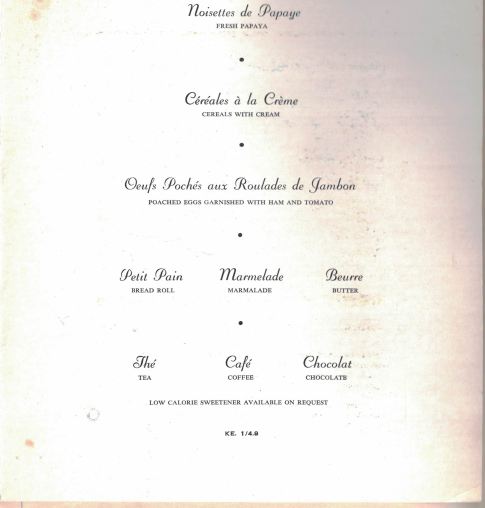 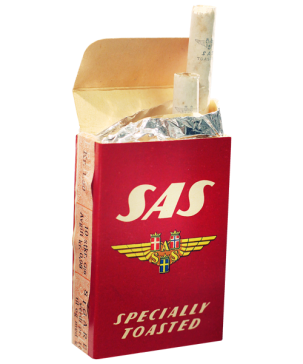 and even encouraged, because some airlines created cigarettes so that the smoker became advert once they left the aircraft. Many airlines gave away matches and cigarette lighters with their name and logo imprinted on both.

We arrived in Athens at 5.00 am (05.00 hr) and as we were only on the ground for forty five minutes so I doubt that we would have left the plane as it was refueling, but we were not allowed to smoke.

On arrival I had to transfer from Heathrow to Euston railway station in the city, to catch a train to Liverpool – I was hoping for a steam train experience of my childhood, but I’d forgotten that the line had been electrified in 1966.

Liverpool Lime Street still had the old feeling and the ‘smell’ of steam, which could have been just my wishful thinking.

A fortnight after I arriving home British Rail ran the last scheduled steam train from Liverpool Lime Street to Manchester Victoria, and then on to Carlisle before returning. This last service was in commemoration of the opening of the Liverpool to Manchester line in 1830, which was the first public railway system to use only steam locomotives.

The above is the actual 1968 train, and the picture is off the internet.