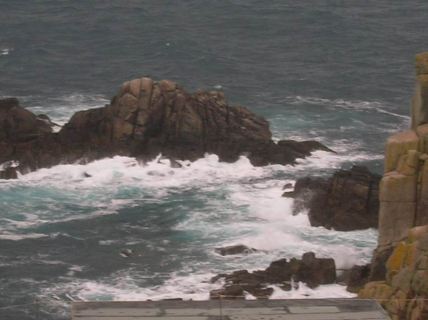 This blog is a follow on from my earlier blog, ‘The Silver Grey Sea’ on the 30th September.

In addition to tank cleaning we were expected to keep up with our studies, via a correspondence course, for the examination for a 2nd Mates ‘ticket’. Certain certificates were required before we would be allowed to sit the examination in the UK, and this included the ability to steer an ocean going vessel correctly.
The Captain of Ellenga soon had me practising my helmsman’s skills.
After a time one gained the ‘feel’ for steering, even a 37,000 gt tanker.
While at the helm if the wake was not arrow strait the Captain would make him self heard – he didn’t like a zig zag course, because it used too much fuel, and he maintained that because the war was over we were no longer a target for submarines, zig zagging was for cowboys.
Other certificates that were required before sitting the examination consisted of a Lifeboat certificate, RADAR operator certificate and St John’s Ambulance First Aid Certificate. If a British vessel had ‘less than ninety-nine souls on board’ the vessel was not required to carry a doctor, hence the first aid certificate. Of course we had a book called the ‘The Ship Captain’s Medical Guide’ – I still have mine published in 1946, Ministry of War Transport – cost was 3/6d. It has plenty of black and white sketches and photographs to help us remove foreign bodies from eyes, or people. 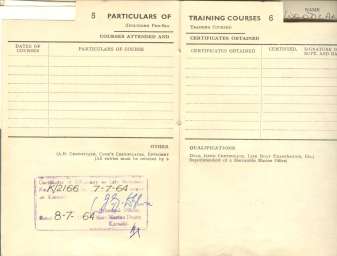 Christmas Day 1962, was celebrated in the Persian Gulf, as we sailed through the Straits of Homuz. The cadets were given a day off, with a very slack day for Boxing Day.

Don’t forget that we were a tanker, not a passenger ship.

We were off Little Aden wharf at 2.00 am, 27th December and sailed at 4.00 pm the following day. Our departure time from Little Aden allowed us to celebrate New Year Eve and the first day of 1963, at sea, in the Persian Gulf.

After loading in Mina the Company took pity on us and we were ordered to Philadelphia; to be exact the oil terminal at Marcus Hook, on the Delaware River. We didn’t care where our destination was, as long as it wasn’t Little Aden!

The voyage was twenty-eight days, out of the Persian Gulf in to the Arabian Sea, the Red Sea, through the Suez Canal, and across the Mediterranean, followed by the Atlantic in mid-winter. The winter of 62/63 was the coldest winter in the UK since 1947. In the Atlantic we had to put up with storms, and mountainous seas that smashed in to the ship and twisted metal ladders, while the wind carried away ridged awnings that were bolted to the ship. All galley fires were extinguished and we lived off corned beef sandwiches and hard-boiled eggs for days. Nobody was allowed on deck because of the wind and waves. I’d read about huge Atlantic waves, but being on a 37,000-dwt ship, and being tossed about as if we were a toy boat in a child’s bath, is something else.

To get from the mid-ship accommodation to the crew’s quarters or the engine room we used the catwalk.The catwalk is a suspended walkway to allow people to get from the midsection of the ship (officers’ accommodation and bridge area) to the aft area, without climbing over the deck pipes. Most tankers have a catwalk, which are a number of feet above the deck piping. Along the catwalk are shelters, also known as bus stops, to protect the walkers during bad weather. The idea being to dodge, from bus stop to bus stop, as you moved aft.
The above photograph shows the Ellenga, and the two bus stops aft of the centre accommodation can be seen – they are the two white objects on the deck. The weather was so bad that nobody was allowed to move from one accommodation to the other – it was too dangerous, which is why we were living on boiled eggs etc.

Eventually we made it to the mouth of the Delaware River and picked up a pilot. I was on the bridge keeping the logbook up to date – every thing that happened was recorded in writing – pilot aboard, pilot on the bridge, when he gave his first order it was Pilot’s advise, Captain’s orders. The Captain was still in command even when the pilot was on the bridge.
I did not record the first comment from the Pilot to the bridge personnel as he walked through the door.

Although we had been at sea for twenty-eight days we managed to keep up with world affairs, particularly those concerning the UK. Harold Macmillan, the British Prime Minister, had his hands full dealing with John Profumo, the Secretary of State for War, the Soviet Naval Attaché at the Russian embassy, and a young woman named Christine Keeler, who was supposed to have been sleeping with the Secretary of War, and the Soviet Naval Attaché, at the same time, but not in the same bed!

The American pilot threw out the following to those of us on the bridge –
‘What are Christine Keeler’s favourite newspapers?’
Of course none of us knew the answer –
‘She takes a Mail, a Mirror, a couple of Observers, and as many Times as she can get.’
This caused all the British to burst out laughing, but the helmsman, who was Indian, looked at us as if we were completely mad. He was not aware that the Mail, Mirror, Observer & Times were all British newspapers.

I managed to get some hours off and went by train to Philadelphia. It was extremely cold, which took the edge of any idea of sightseeing. I did buy a Tommy Dorsey LP for $1, which I still have (music transferred to the computer and cleaned of the original scratches)

Sugar Foot Stomp I think is my favorite on this LP – turn it up!

I also bought a black fur

hat, which came in handy some years later in Leningrad (now called St Petersburg), where I swapped a ball point pen for a comrades red star!

Our next move, after breaking out of the ice in the river, was to Maracaibo in Venezuela, for a cargo of oil for the UK. At least it would be warm in Venezuela!
During the voyage we were followed and watched by the US navy, because the Cuba crisis had not long been resolved (about ten weeks earlier) and the US & Russia were still a little ‘nervous’. Nothing untoward happened and we were able to load our cargo in Maracaibo, Venezuela and sail for home.

Every time we sailed for a European port we sailed for Lefo – I tried to find this destination on the chart, and in an atlas, but failed. I eventually found out that Lefo is fictional point just off the south coast of England – Land’s End For Orders! Our cargo may have been on sold to another destination. 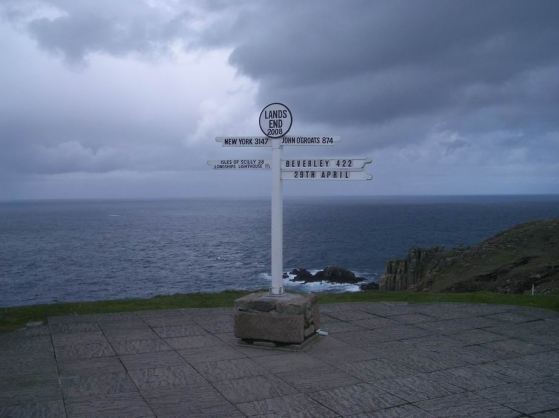 The wild coast of Land’s End

Having crossed the Atlantic again and having our destination confirmed at LEFO, we entered the English Channel, which was wrapped in thick fog. There is nothing so
haunting as the sound of ships’ foghorn to warn other vessel of your closeness. The problem is that sound bounces around in fog and the vessel may not be where you expect it to be. Fortunately my own ship, being only a couple of years old, had radar so we were able to ‘see’ our way up the channel. Even so we were only moving at a very slow speed.

We arrived safely at the Isle of Grain oil depot at the mouth of the River Thames. A fast discharge and by mid April, we were back in the Persian Gulf at a new loading port called Banda Mashur in Iran, (Some times known as Bandar-e Mah Shahr), where we managed to load at a rate of 4200 tons an hour. We didn’t wish to hang around, and I think this was fastest hourly rate that we recorded.