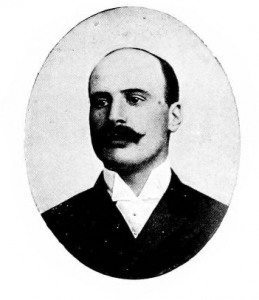 In 1899 the British North Borneo Company decided that the area, opposite Gaya island, on the main island of Borneo, was a good place to create a settlement.

The area was developed and it was called Api-api (which means ‘fire’ in English) and later changed to Jesselton, after Sir Charles Jessel the vice chairman of the British North Borneo Company. The area grew to be a major port and was connected to the North Borneo railways system.

Jesselton was virtually destroyed during WW2. After the war the BNBC did not have the resources to reconstruct the town and the place was ceded to the British Crown.
Jesselton was declared the capital of North Borneo and reconstruction began in 1946.

In 1963 the formation of Malaysia took place, and British North Borneo voted to join the federation and the area of North Borneo was renamed Sabah. It was not until 1967 that Jesselton changed its name to Kota Kinabalu.

The city was named after the nearby Kinabalu mountain – Kota means city or town in Malay, so it is Kinablau city. The name is derived from Aki Nabalu or revered place of the dead.

So of course over time the Kota Kinabalu name has been shortened to just KK, which was our next port of call for Diamond Princess on the way to Japan.

In early 1966 I was 3rd Mate in an LST running troops and supplies to Borneo during the confrontation between the Commonwealth and Indonesia, and one of the ports that we supplied was Jesselton in North Borneo. 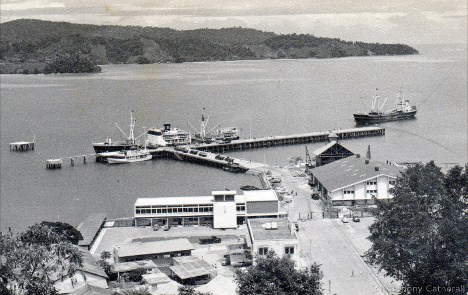 The above picture shows Jesselton port in the 1960’s. 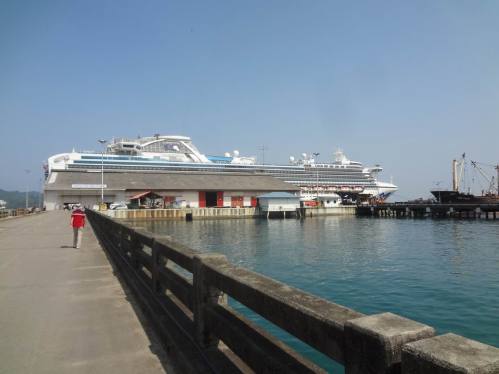 Not a lot of change in the last fifty odd years, except for the size of the ships.
Still the same wharf and pier

Floating villages off Gaya island, as we approached the wharf. 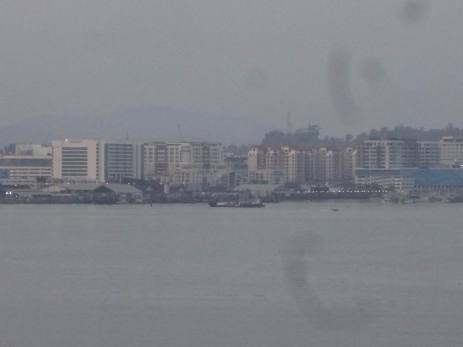 Hmmm, I don’t remember all those tall buildings. . .

I wondered if the Jesselton Hotel was still in business . . .

– but once we entered the town I didn’t recognise anything at all – the whole town had changed and the only thing left from the ‘early’ days was the Atkinson Clock Tower, which is now the oldest standing structure in KK.

The clock was presented to the town by Francis George Atkinson’s mother in memory of her son who died of malaria in 1902. He had been appointed District Officer of the area in 1901, and was very popular. 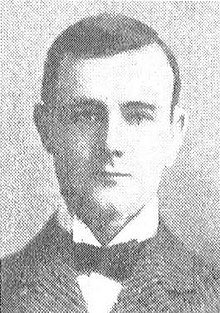 On arrival in port Princess Cruises were offering a shuttle service to one of the main shopping malls for AUD $8 per person each way, which would be $32 a couple round trip.

Considering that KK was not a major tourist destination compared to Kuala Lumpur, and the cost of living would be lower than KL I thought AUD $32 a bit of a rip off. I expect people to make a profit, but not a ‘super’ profit for such a short distance. The drive in to KK was no more than ten minutes. I refused to use the shuttle bus.

Princess Cruises allowed a money changer to set up shop in the Atrium and when we arrived he was doing a roaring trade, so we queued. We were near the back of the queue, so as a passenger who had just change his money passed, I asked what rate did he get. He replied 2.20 Malaysian Ringgits for an Australian dollar. Daylight robbery I commented, I would expect around 3 Ringgits to the AUD & four to the USD.
Maureen & I left the queue.

I don’t know If Princess Cruises rent a spot to the money changers, or if they share the profits or offer the space free of charge as a customer service, but allowing their passengers to be ripped off does not generate customer loyalty.
In my opinion Princess Cruises should stipulate the exchange rate to give the money changer a fair profit and to protect passengers.

Welcome to KK as we walked to the dock gates.

Maureen and I have a lot of experience of dealing in Malaysia so I was happy to walk the short distance to the dock gates where I knew we would meet a ‘wise guy’.
Which we did, and he had a nice air conditioned taxi and wanted $5 for the trip in to town. I asked Australian or US $ and he said he wasn’t bothered which currency . . . so I asked for a price in Ringgits and he wanted 15 for the trip. We agreed on 15 ringgits and I told him to take me to a money changer. The money changer was in the mall that we wanted and I changed AUD $20 for RM 60 (RM is the two letter code for ringgits), so I was correct in leaving the queue on the ship.

I paid the driver, but I knew that he was over charging because I was off a cruise ship, but he wasn’t over charging as much as Princess Cruises.

On our return trip we took another taxi and I asked for the meter to be used – not a problem, and the cost came to RM 8, so I gave him a ten RM note.

The total cost for two in and out of town cost me just over AUD $8 compared to $32 if we had used the ship’s shuttle.

The available tours offered on the ship were of little interest to Maureen & I, having had two holidays in Kuching in Sarawak.
We’d seen the orangutans in the sanctuary that had been set up to protect them from exploitation by Indonesian natives. The KK zoo didn’t interest us, climbing Mt Kinabalu was not for us, so it was a quick look at a couple of  air-conditioned malls and back to the ship for lunch, to avoid the heat of the day.

A scene inside a shopping mall in KK – or is it KK? – it could be your town.

KK is now a modern city because it is a major port for ocean going ships.
Kuching in Sarawak, is on a river and the town is as much the same as I knew it in the 60’s and still has that old feeling about it, which is why I prefer Kuching to KK.

The Sarawak River that passes Kuching has been dammed at its mouth, so only small deep sea craft can gain access to the river when the gates are opened.
The LST that I sailed in was about 3,000 tons so we were considered large to sail the river, but this was years before the dam had been built.

I did like taking pictures of the old fishing boats in KK. 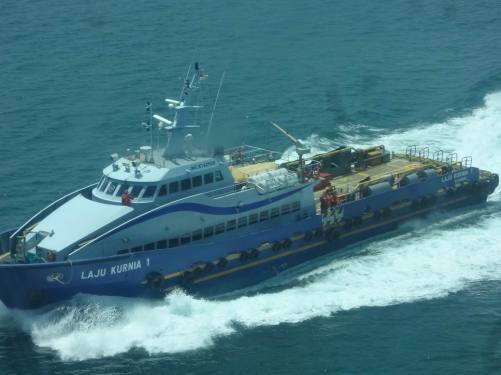 The speeding ferry just disturbed the peace – no soul.

For those who can remember the joy of working cargo before containerisation. 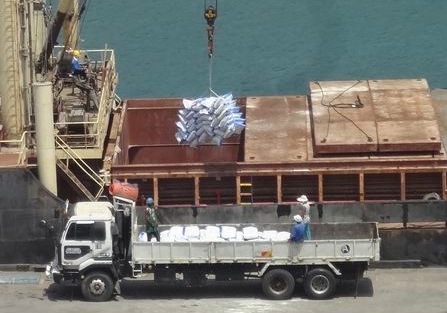 We would be in port for days, if not weeks, depending on how militant the shore side labour was, but some ports were better than others . . . .

Next stop Vietnam and Long Tan!