Savusavu is on the island Vanua Levu, which is on the smaller of the two larger Fijian islands, and I have marked the location.

Savusavu is unspoiled & a place that is unhurried and free of most modern trappings and has managed to retain much of yesteryear.

Savusavu was a popular trading port for sailing schooners of old, who arrived carrying a cargo rum & cloth to trade for sandalwood.

We only visited the town during our short stay, but perhaps one day we might return to experience the hot springs, which the locals believe can cure various illnesses.

I read that Savusavu is a popular area for Americans to buy land & homes because it is so idyllic.

Once again, we anchored offshore and the tender boats ran a ferry service. I took the above as we approached the small wharf near the yacht club. 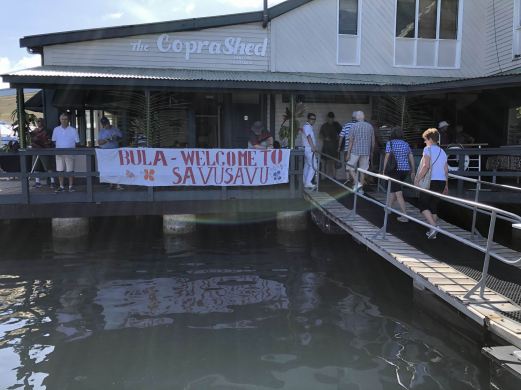 The white haired guy at the end of the pier is yours truly  . . . 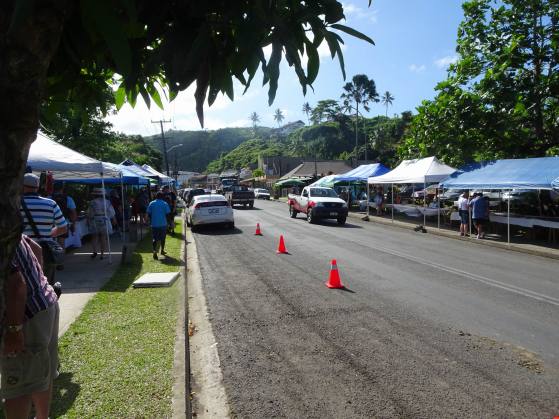 Peaceful main street which had welcoming stalls along  each side of the road that lead to the main shops.
The stalls had interesting displays of locally made jewellery – even I, who hates shopping, got interested in certain items on display. The stall holders greeted us with Bula and left us alone to browse the items. We were never pestered to buy.

A perfect caption that sums up the town. The sign was for sale as a locally produced item, but being a wooden item, and taking the strict quarantine laws in Australia into account, I only photographed the item.
But Maureen made up for my lack of spending and bought a number of items of locally made jewellery.

A windmill (I think) made of local dried plants, and samples of the jewellery. The waters around Savusavu are rich in nutrients that help to create oysters that grow pearls that are black as well as various other colours. The seashells are turned in to unique pieces of jewellery.

I cropped this picture from the stall photograph above.

I found this Fijian piece of jewellery on the internet, it shows the patterns of the sea shells 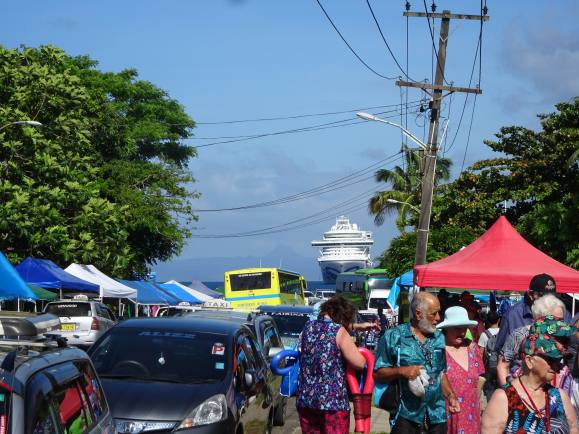 It was relaxing to just wander around – the ship can be seen at the end of the road.

The local bus depot and the style of the buses brought back memories of yesteryear. 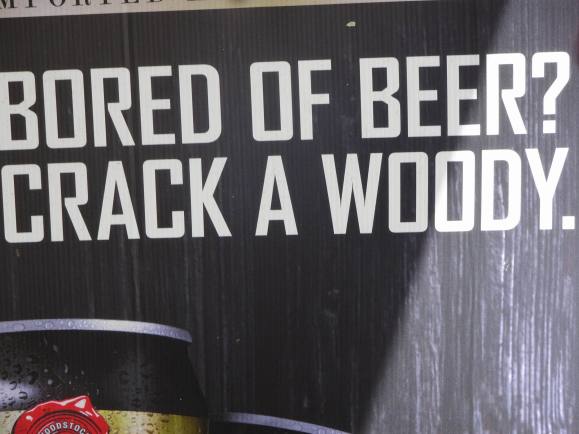 Wondering around soon generates a thirst and as my nick name was on the advert it was pub time. 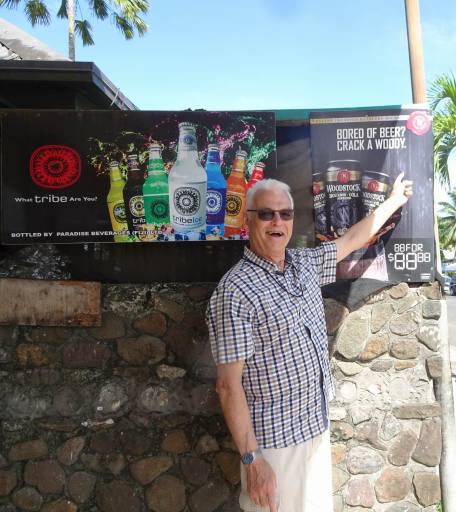 We entered the local bar, but they didn’t have a Woody!

So, I forced down a cold Gold. 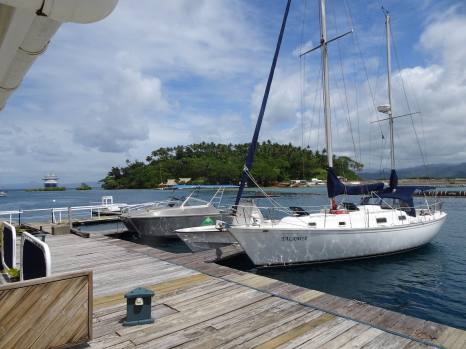 After a couple of hours or so, we made our way back to the pier and realised that there would be a slight delay for the tender boat, so next door was the yacht club – a perfect waiting area. You can just see the ship on the left.

This time I thought I’d have a change. The yacht club didn’t have a Woody either. 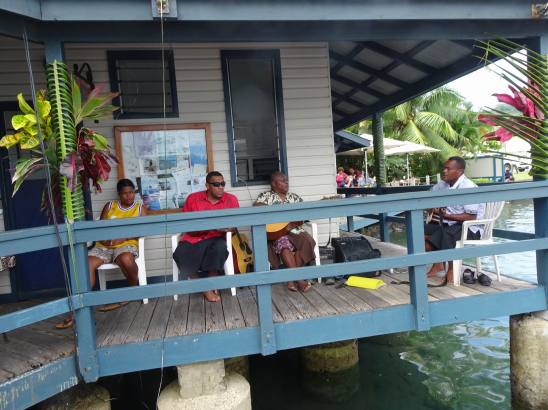 The small band were easy on the ear.

Thanks to Ken for a much better street view of the ship.

When Captain Bligh sailed through these islands, he was reluctant to land because at that time were known as the ‘cannibal islands’. It was the arrival of missionaries and the spread of Christianity that put an end to cannibalism.

I’m pleased to say that things have changed since Captain Bligh sailed through the Fijian islands. 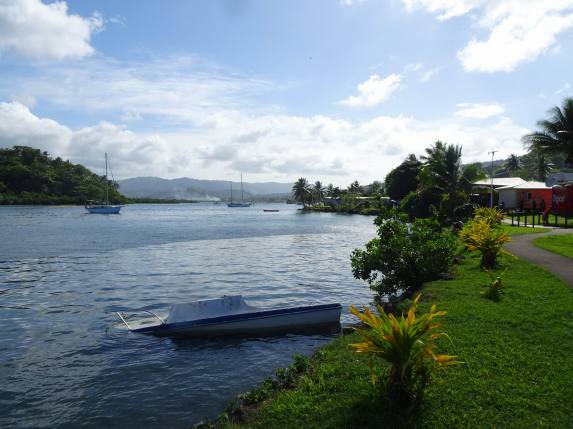 I stepped between two stalls, because I could see a small park. It was just a few paces from the main road (which wasn’t busy) and I just stood and drank in the views – is it any wonder Maureen & I loved our short stop in Savusavu, and that the Americans are buying property in the area.?