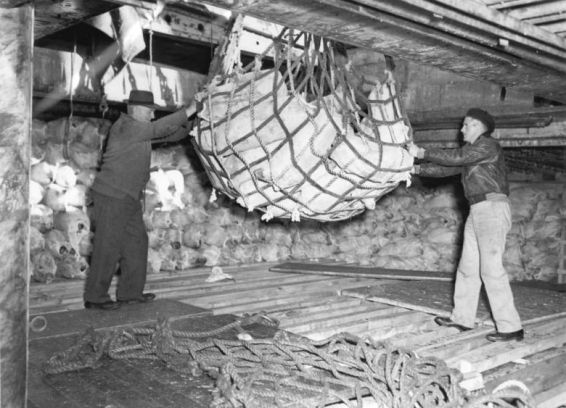 There comes a time that when you are offered something and it sounds great, you should be careful – but I wasn’t careful and agreed.

As MV Juna reached Fremantle in Western Australia I agreed to supervise the loading of freezer and chiller cargo, on the understanding that once is had been completed I was free to do whatever I wanted while in port.

I felt in a good mood as it was late December, and Christmas was just around the corner, so I agreed to the 1st Mate’s offer.

We arrived on Sunday 17th December in the evening, and of course being Sunday, we had to wait until the morning before work could begin. 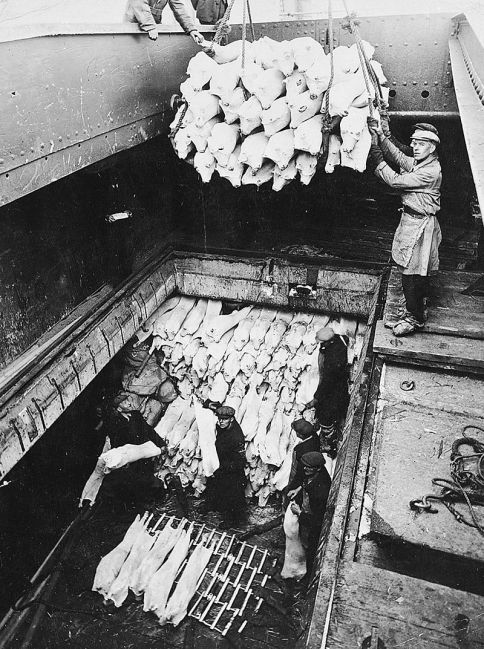 I started at 7.00 am on Monday, just as the shore labour came on board. We were to load deep frozen meat, ice cream, vegetables, butter and yoghurt into freezers, as well as cheese in to the chiller. Most of these items were for the Persian Gulf.

The stowage plan had been created so I didn’t expect too much trouble, and I anticipated that the whole job would be about two working days.

The plans of mice and men – we had two freezer/ chiller holds and I was up and down the vertical ladders to the various decks all day to sort out problems, and to change the stowage plan, because not all of the cargo was available at the correct time, so I had to improvise taking in to account the ports of discharge. There was no point in stowing ice cream for Bahrain behind ice cream for Kuwait – if our first port of call was Bahrain. 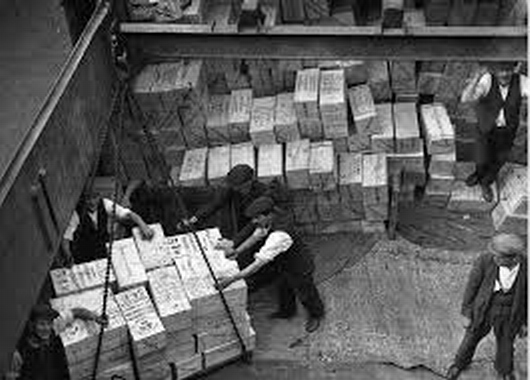 All through the first day nothing went right – cargo delayed, ringing suppliers & transport companies, making sure the freezer doors were closed as we waited for the next truck load. Making sure the cargo was frozen solid before it was loaded – I must admit I was not particularly polite to our agents who had arranged the cargo – I didn’t get to bed until 6.00 am Tuesday. 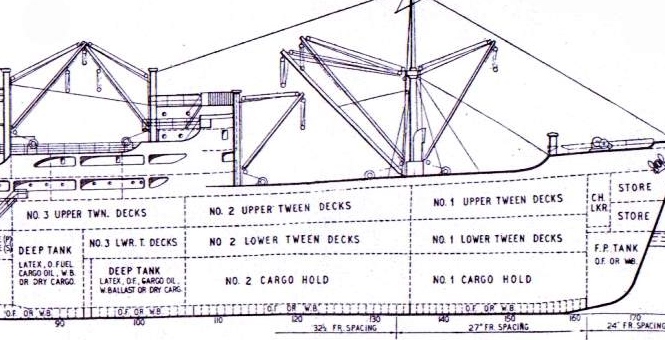 The above diagram is not of the Juna, but hopefully will give you an idea of what I am mean.
Using No 1 or 2 as an examples the upper tween deck and the lower tween deck of both holds had large freezer chambers, and to get to each, one climbed down a vertical ladder attached to the inside of the hold.
You held on to the ladder with both hands as you climbed up and down. I was responsible for the freezer cargo in both ‘tween decks of No 1 & No 2, a total of four areas.

We worked both holds at the same time, and I was up and down the ladders several times an hour, so it didn’t take long to become tired, and I had to be careful not to make mistakes when climbing the vertical ladders.

After going to bed at 6.00 am I was woken at 8 am and again at 9 am with questions, and in the end  I left my comfortable bed at 11.00 am frustrated at the constant questions considering each gang had an experienced supervisor.
Of course the labour changed shifts every so many hours and went home, which required fresh instructions for the new supervisors.

The second day progressed, and I returned to my bed at 4.00 am on the third day – fully clothed and with my shoes on.

I passed out cold. 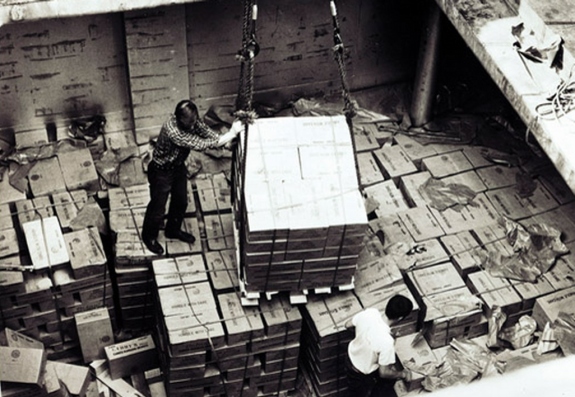 We finally finished loading the freezer / chiller cargo at 11.00 am on Thursday, it had taken us 75 hours to complete the loading, the original plan was 48 hours, and I’d been on duty for 60 of the 75 hours, and at the end I had a whole 24 hours to myself, before we were due to sail.

I slept most of my off-duty time, so next time I will consider any offers more carefully.

All the above pictures are from the internet to illustrate how we loaded freezer and chiller cargo in the mid 1960’s. 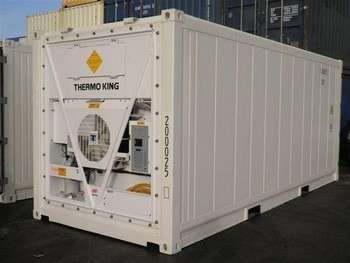 Today the container is packed at the freezer works and is lifted in one piece on to the ship and plugged in to a power supply. 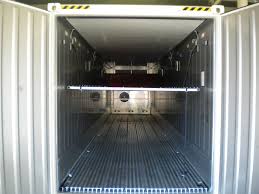 To illustrate how far transport has come; the above container was created to carry sushi!   Both above pictures are off the internet.

I wasn’t the only one working long hours during our stay in Fremantle. The First Mate had suggested various cargo work for the other officers, and the cadets, everyone worked flat out for the entire period of loading. We loaded dry cargo as well as the freezer cargo.

We sailed for Bombay (now Mumbai) on the 22nd December, and once again I had the ‘graveyard watch’ midnight to 4.00 am and mid-day to 4.00 pm, my favourite watch.

It was going to be Christmas at sea, and New Year’s Eve at sea, before we would arrive in Bombay.

Each ship in which I’ve sailed, except for the LST, had a small bar where the officers would congregate when off duty. 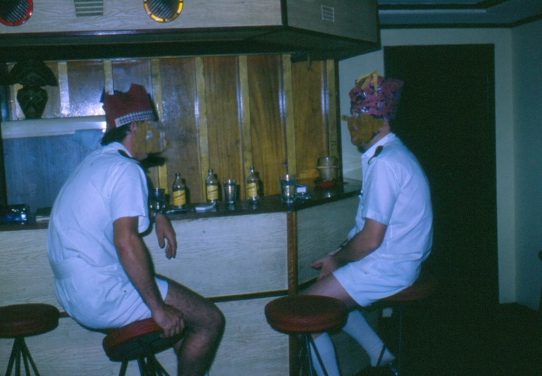 Obviously when the above was taken it must have been Christmas time, but I’ve blotted out their faces because I don’t know how to get in touch with the officers in the photograph. This was not the bar in the Juna, but another Company vessel.

Each bar had a unique name – Stagger Inn, (the bar of MV Carpentaria) is one that comes to mind, Coolumbooka Inn,  Coolumbooka River supplies water for the town of Bombala in NSW Australia, and the name of the ship in which this bar is located was MV Bombala.

You’d think I could remember more than two, but . . .  the one thing I can remember is that in every officers’ bar / saloon a portrait of HM Queen Elizabeth was prominent.

For other Christmas’ at sea I kept the Christmas Day menu of our main meal, but for some reason I can’t find Juna’s menu.
Watches still had to be kept and so those who worked day work (mainly the cadets and  the First Mate & Captain) could enjoy Christmas Day, but for those of us who stood watches, we had to be circumspect as to how many drinks we consumed.

At that time we didn’t have a breathalyser system on board, and this system of checking car drivers had only just been introduced in the UK, in October 1967.
It was up to the Captain or First Mate to decide if anyone was unfit for duty, and if they did decided that one was not fit to stand his Watch you were finished as a deck officer with British India Steam Nav. Co.

If you were an engineering officer, the final decision would be made by the Chief Engineer but logged by the Captain.

On New Year’s Eve all the deck and engineer officers were invited to the Captain’s cabin for drinks, and if you were on the 8 – 12 watch (i.e 8 pm to midnight & 8 am to noon) the party could  well be still going when you left the bridge.
Being on the midnight to 4.00 am watch, I left the celebrations about 9.00 pm to get a couple of hours sleep before taking over the Watch on the bridge, which was just before the New Year came in – and by ten minutes passed midnight I was sure to have a number of visitors to keep me company, other than the helmsman.

In the middle of the ocean one could be as noisy as one wanted to be and not upset the neighbours, 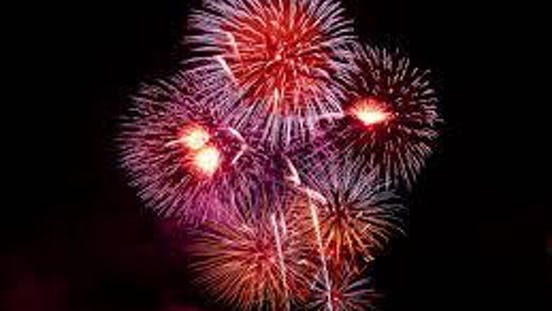 and even in ‘a lonely sea and sky’ we would never use fireworks, because ‘fireworks’ (distress rockets) were only to be used at sea, when in distress. 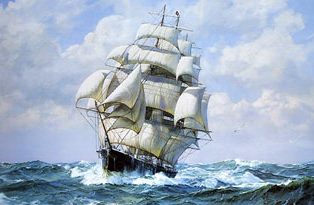 Sea Fever – by John Masefield
“I must go down to the seas again, to the lonely sea and the sky,
And all I ask is a tall ship and a star to steer her by;
And the wheel’s kick and the wind’s song and the white sail’s shaking,
And a grey mist on the sea’s face, and a grey dawn breaking.” 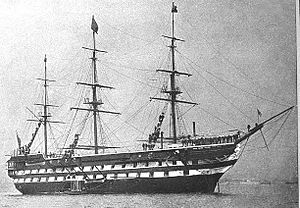 HMS Conway in the River Mersey. 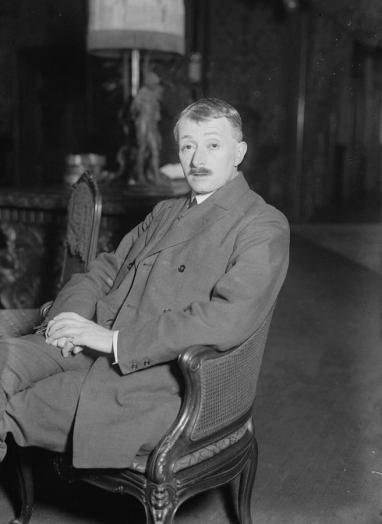