The picture shows that the helicopter was little bigger than a toy! It held a maximum of four people, which included the pilot. He required our weight to work out his ‘load and balance’.

As we boarded (Maureen in the back), the pilot commented that he had to take the front door off because it had been cracked earlier in the day . . . .   the seat without a door was mine.

We were soon airborne

I took the above shot of the sand bank from the oyster tour boat about forty minutes earlier. The sand bar had nearly closed the creek / river entrance.

We flew over the same spot and as you see the sandbar has nearly gone and the river opening is much wider. You can see the sandbar just under the water and the black dot in the middle of the water is the oyster boat that we were alongside.

The moored oyster boat is just below us. 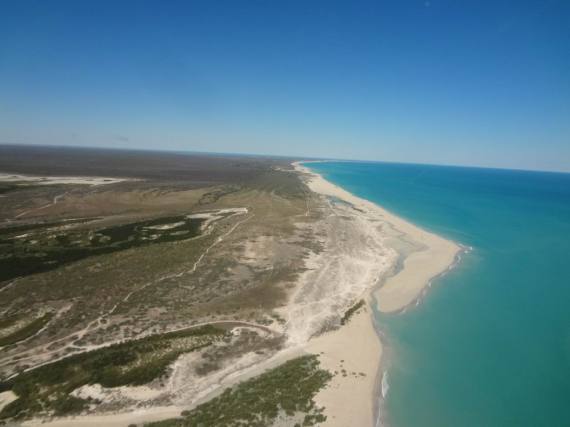 This is the end of Cable Beach, which originates in Broome twenty two kilometres south of us along the coast. Some people have tried to drive along the sand from Broome to the oyster farm (which is feasible) but inexperienced drivers failed to take in to account the speed of the incoming tide and the rise and fall of 9.5 mtr or 31 feet. They became stranded and lost their vehicles. 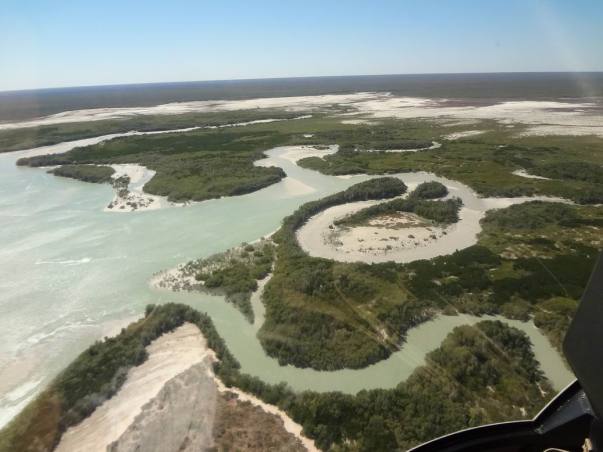 A general view of the surrounding area.

The dirt road that we used to get to the oyster farm, and the change in colour from the red soil  to the dry sandy area, which is open the sea at certain times of the year – wet season and Equinox tides.

Flying over the dry sandy area and the shadow of our helicopter. 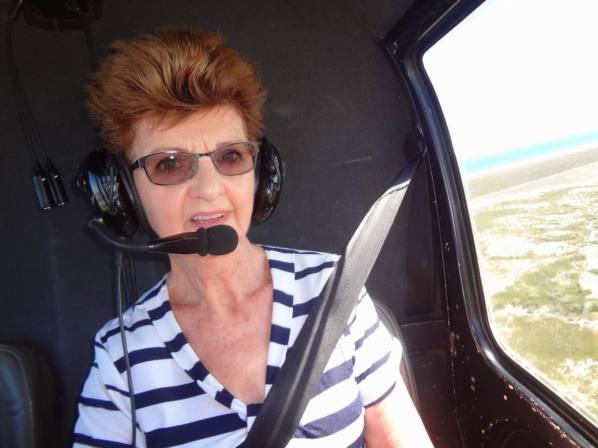 Maureen in the back seat of the helicopter (what looks like a large knife at first glance is the seat strap). I just pointed the camera over my head a clicked blind – I was unable to turn around as the other hand was hanging on to my seatbelt, because of the lack of door. Every time we banked left I gripped the seat as I could feel gravity trying to drop me out of the machine. . . . 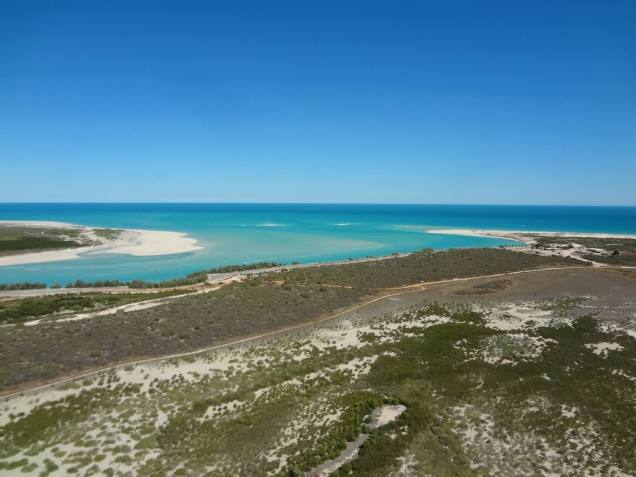 The oyster farm that we visited.

Heading back to the farm – the white shoe on the left and the knee is mine, just to show how limited the space was in the helicopter.

Regardless of space – we loved the whole trip!

Come fly with me