We sailed from Bombay (now Mumbai) for Muscat (which is in Oman), and we planned for a few changes.
The first officer was due to leave us when we arrived in Dubai, and the second officer would be moved up to first, and I was to be the second officer – all very temporary, but for me it was worth an extra ten pounds a month, (about £178 in today’s money), until the new first officer arrived, and the second and myself move back to our own slot.
We were hoping that the new first officer wouldn’t join us for some months, the extra cash would help with the bar bill.
It was the 6th January 1968, and I was on the midnight to 4.00 am watch when we entered a huge shoal of flying fish. I’d seen this type of fish before and even eaten one or two when the Chinese crew cooked them, but this time the sea was full of them as it they were being chased. I shone an Aldiss lamp on the water only to see the whole area around the ship covered in flying fish. 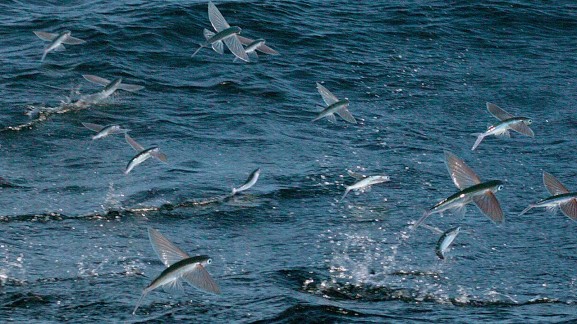 To avoid predators flying fish accelerate to 60 km per hour (37 mph) before launching free of the water. Upon opening their wings they can glide over 183 mtrs (600 feet) or more before they enter the water to repeat the exercise if necessary. They glide about 1.2 metres (4 feet) above the water.

I only wished that I had a camera to record such a site, which lasted for over one and a half kilometers (about a mile), before we sailed out of the shoal. I just wondered what was chasing them, and why where there so many.

I entered the chart room to check the chart in case our location would give me a clue as to why there were so many flying fish, when suddenly the quartermaster rushed in and asked me to look ahead.

The quartermaster was also the helmsman, but at the time we were on autopilot, so his duty was as a bridge lookout.

‘Flashing lights Sahib, starboard side!’ and pointed ahead through the chart room window and to starboard (right hand side) of the bow.
I followed him out onto the wing of the bridge and looked where he was pointing. I felt my heart give a jump, the whole area was covered in flashing lights, at that moment the lookout in the bow rang one stroke on the fo’c’sle bell, which was the signal to warn me that he’d seen a light to starboard.

My first thought was that we were about to enter a large fishing fleet and we didn’t have enough time to alter course as the fleet ahead stretched across our bow.

Local fishing boats were made of wood and propelled by oars or sail and would not have shown up on our radar. Plus, native fishing boats were renowned for not showing lights until a large ship was quite close, guaranteed to give the OOW a heart attack.

My mind was racing, how many would we sink as we ploughed through the fleet.

All of the above thoughts flashed through my mind as I studied the lights, when I realised that the lights were not of a fishing fleet, but bioluminescent.

The above & below photographs gives an idea of bioluminescence at night at sea.

Most deep-sea animals produce some bioluminescent light, but the phenomenon isn’t relegated to the deep: one of the most common sightings occurs at the surface of the ocean. Many small planktonic surface dwellers—such as single-celled dinoflagellates—are bioluminescent. When conditions are right, dinoflagellates bloom in dense layers at the surface of the water causing the ocean to take on a sparkling sheen as they move in the waves at night. (The above is quoted from https://ocean.si.edu/ocean-life/fish/bioluminescence).

The night was moonless & cloudless and the stars in the clean atmosphere of the ocean appeared to reflect off the water, so adding to the illusion of a fishing fleet. I must admit that I was not the only one who was expecting us to plough in to a fishing fleet. The quartermaster turned to me with a big smile and said, ‘All’s well Sahib’.

As the ship broke through the water it created white foam, that turned a deeper and deeper green until at the top of the wave that we created it became emerald, like icing sugar on a cake.
The ocean area that had not been disturbed with our passage was a sea of flashing green and white lights.

As we passed in to a clearer area I shone a light to see if the luminescence was still around – it wasn’t.
I wrote a report of what had happened, taking in to account barometer readings, temperature, state of the sea, wind strength and direction and cloud cover etc, at that time many merchant ships reported the weather at their location to assist in forecasting weather ashore.
The first successful weather satellite was launched in April of 1960, and it wasn’t until 1965 that meteorologists produced the first global view of the Earth’s weather, so the reports from merchant vessels at sea were a great help to meteorologists.

We arrived in Muscat the following afternoon.

Muscat, Oman in the late 1960’s was very ‘old school’ – we anchored in the harbour and dhows came out to us into which we unloaded cargo.

This is an old picture of Muscat harbour, (1903) but it hadn’t changed all that much when I visited in January 1968. We anchored near Fort al-Jalali to work cargo – I suppose in times gone bye I could have said that we anchored under the guns of the fort.

The fort is still there – originally built in the 1580’s by the Portuguese to protect the town from attacks made by the Ottomans. It was twice captured by the Persians in the early 1700’s. 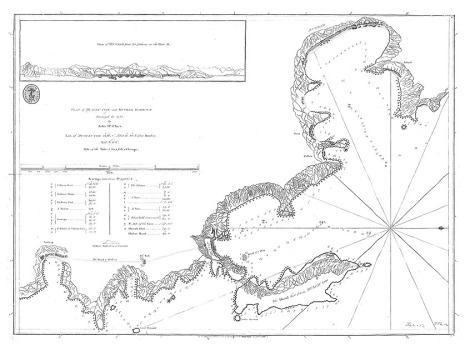 The old town in the distance.

During our stay we all tried our hand at fishing – part of our crew were Chinese and they caught about twenty-five fish, and one was very large and they had real problems in landing it on deck.

The fishing equipment was all ‘home made’, ships rope with a hook on the end and a bloodied piece of meat.

Those of us with a more sensitive nature used the pull tab off beer cans and sometimes this worked, as the fish saw a silver item in the water and thought it was a smaller fish.

I used to like supplying the bait for those who used the ‘pull tab system’, via of course  . . 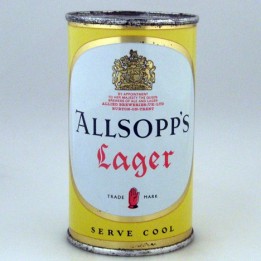 The Chinese fishermen did catch a large ray and they had a fight on their hands, but the ray won, it broke the line and swam off with the hook.
The Chinese answer was a thicker piece of rope and a bigger hook.

The fort was still there in 2016 when Maureen & passed through Muscat on our way to Dubai.