The morning brought some dramatic views – the above and the one below were taken from our balcony. 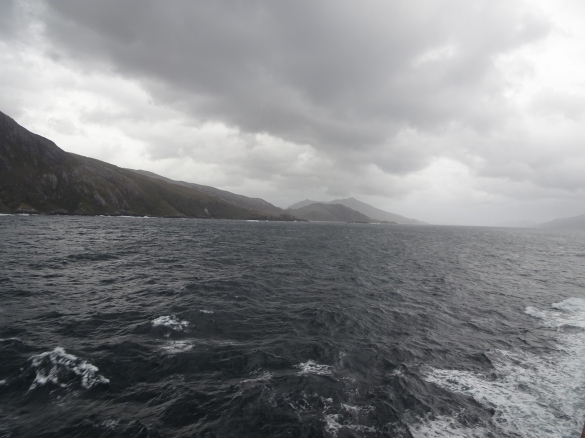 We didn’t have any idea what the day would bring for our cruise of the Beagle Channel.

The channel was named after HMS Beagle during its first visit to this area of S. America, which took place between 1826 – 1830.
It was during the Beagle’s second voyage to the same area that Charles Darwin was aboard as a self funded ‘supernumerary’, which gave him the opportunity of being a naturalist, although he was an amateur.
On reaching the Beagle Channel in January of 1836 he saw his first glacier and wrote in his diary –  “It is scarcely possible to imagine anything more beautiful than the beryl-like blue of these glaciers, and especially as contrasted with the dead white of the upper expanse of snow.”

Charles Darwin published his ‘Origin of the Species’ in 1859, and used information that he’d gathered during his visit to the Beagle Channel in 1836.

Later in the morning it brightened somewhat, but it also started to rain. 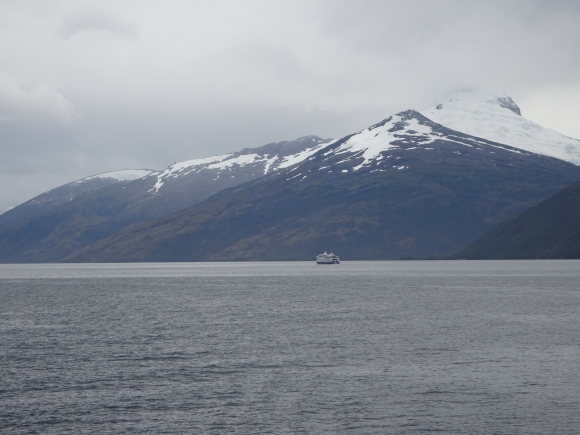 After lunch the rain eased and the views became clearer – the ship in the above picture is a small cruising vessel, and looked about the same size as our cruise ship, which was 30,000 gt. 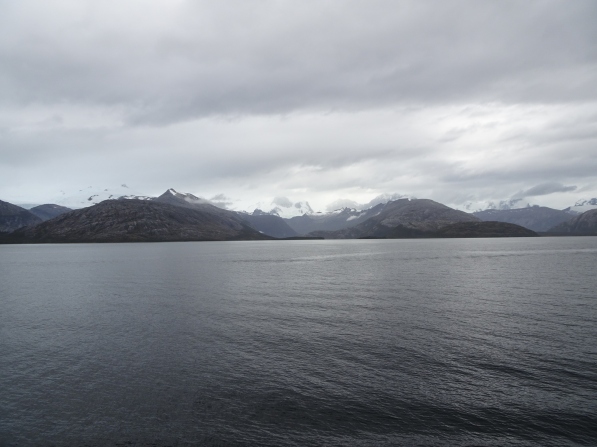 We are now well and truly in the Tierra del Fuego between Chile and Argentina.

The black and white pictures were not taken deliberately as such, but to show that the world of colour had been naturally drained from the landscape.

We looked at the gap between the hill and thought it was an inland lake or snow on the hill.

It was a glacier with the melting under ice causing the waterfall. 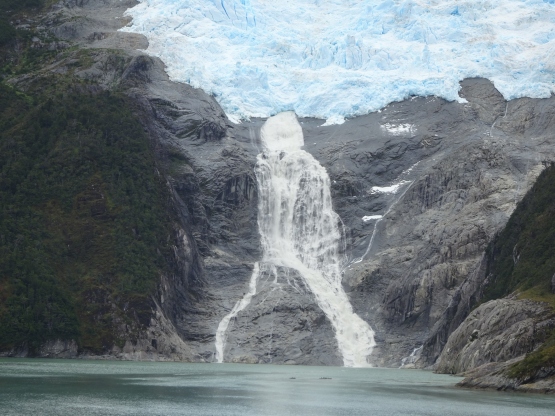 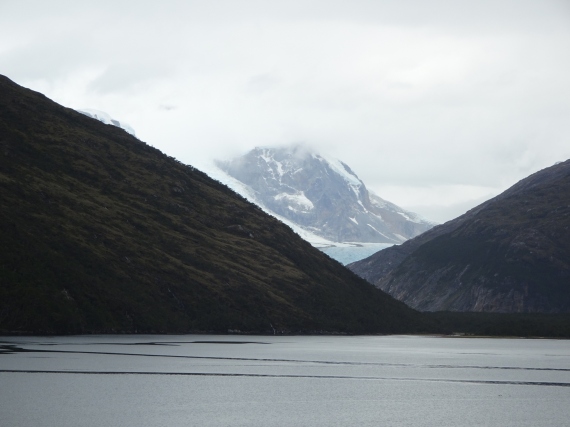 Everywhere we looked the drama of the landscaped showed how small and fragile we are in comparison. 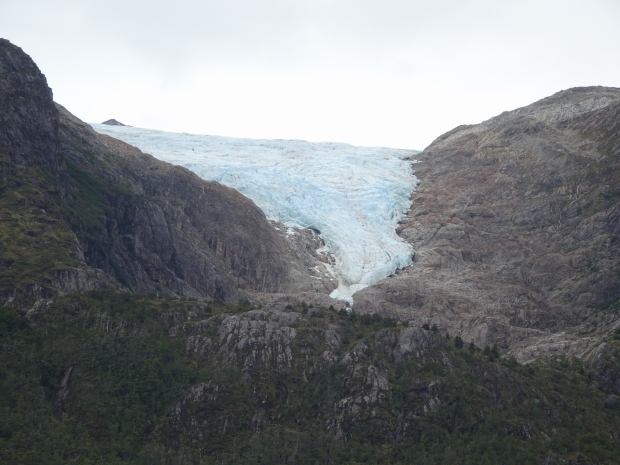 Another glacier – is it any wonder that Darwin was so taken with the beauty of the glaciers. 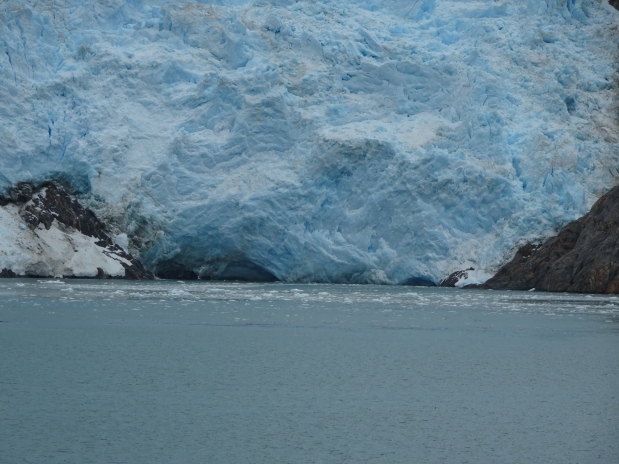 The glacier blue was such a contrast to the dark satanic surroundings. 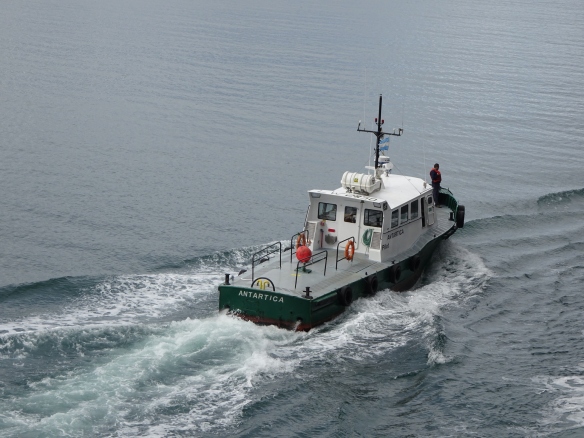 Pilot boat leaving after the pilot for Ushuaia, came aboard.

The Beagle Channel opens up, the pilot is aboard, so we can crack on a little more speed.