would be available at our small shopping strip to sign his latest book. I introduced myself to him and we chatted about writing and publishing in general. When he realised that I’d also had a book published he suggested that we should swap books, which we did, and I am now reading his, and hopefully he is reading mine!

Beside writing I love reading. I am quite unable to pass a second hand book shop, just in case they have something of interest. On the way to a restaurant for lunch last Saturday I called in to a wine shop for some Christmas drink. On leaving the wine shop surprise, surprise there was a secondhand book shop next door. A quick look around, because I didn’t want to be late for lunch, and I ended up with Daniel Silva’s – The Heist. It’ll go well alongside Portrait of a Spy, The Defector, The Secret Servant & The Unlikely Spy. 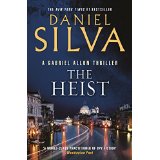 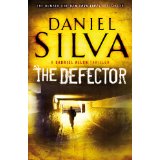 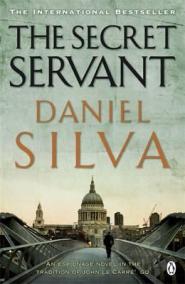 The media used to set a certain standard for the correct use of English – but not today.

Have you noticed that people no longer utter the word ‘Yes’ for the affirmative, but will answer ‘absolutely’, and if you wish to emphasis ‘Yes’ it has to be ‘Absolutely Correct’, or ‘you are absolutely correct’ if the speaker wishes to compliment someone. Of course some go further and state ‘You are one hundred per cent correct’ as if the speaker was in an doubt that they were correct.

As for cricket players who go to do ‘battle’ against all odds – I have a mental picture of two adults, dressed in the traditional white cricket gear, with shin pads of course, attacking each other with a cricket bat. I know I am behind the times, because few play bat and ball today dressed in white, but in various coloured shirts denoting their team.

The promoters assume that the supporters are unable to work out that the guy with the bat is against everyone else on the field, including the fellow with the ball, and his only friend on the field is the other guy with a bat. When I grew up all cricket players wore white, because we were bright enough to know the difference between the teams. Perhaps, like everything else in today’s world, life is dumbed down so that people don’t have to think for themselves, or have any responsibility for make a mistake – coloured cricket shirts must help a lot.

I bet you haven’t realised how many heroes we have in sport. According to the media everyone playing sport is a hero for being paid a great deal of money for something that used to be done for pleasure. Of course being a sporting hero allows you to make an ass of yourself with alcohol or drugs and then to apologise to your fans for your ‘mistake’. The mistake being that you were caught, because if you hadn’t been caught you were not making a mistake . . . .

To finish for the day (stop cheering!) – when will we stop saying ‘he paid no tax’, or ‘companies paid no tax’ or ‘he spoke no English’ – how can anyone pay / or do something that doesn’t exist ?

Am I the only one who objects to the current use of inappropriate language in films, books, TV and on the radio?

Are the current crop of ‘artists’, whether they are authors, scripts writers, actors, TV producers etc, incapable of producing entertainment without the reader or viewer being embarrassed, especially when sitting with family members?

I now hear inappropriate language on the radio when the radio ‘host’, of a chat show, is speaking to a member of the public. It seems the public speaker is more attuned to the correct use of language, knowing that they are ‘on the air’ than the radio host who should be setting an example.

Perhaps I have passed my use by date, but I am sure I am not the only person who who considers the poor crop of good films that have been released in the past few years. Many fail a basic story line test, and compensate this failure with gratuitous sex, extreme violence and bad language.