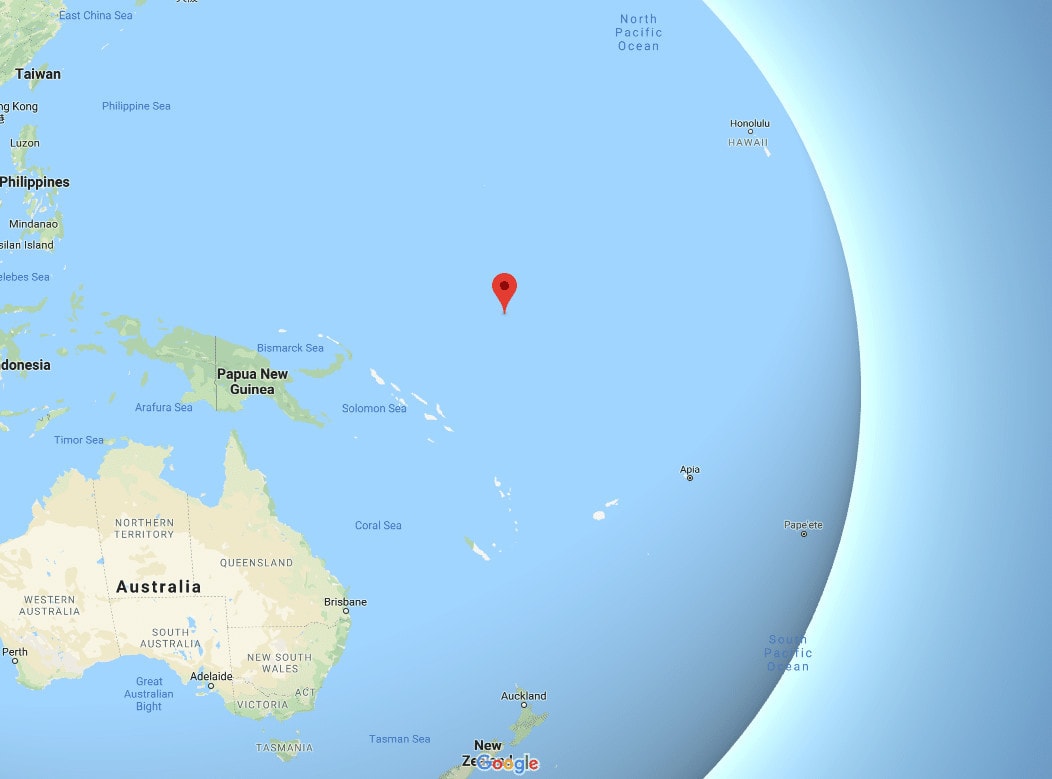 The red symbol is Nauru

My next trip was to review our delivery agency in Nauru and two other Pacific Islands.

To get to the other two islands I had to travel via Nauru, which under normal circumstances would not be a problem except that the Air Nauru service from Australia to Nauru was ‘intermittent’.
One of the problems being that if the President of Nauru wished to visit another country he would ‘borrow’ an Air Nauru aircraft, which was a problem for the airline because they only had three B737/200’s with the capacity to fly to Australia. Allowing for maintenance and the service to Brisbane, Melbourne, and Sydney the removal of an aircraft to satisfy the President created a huge problem.
In 1983 they had two B727s and five B737/200’s so Air Nauru at that time, had enough seating capacity to carry 10% of the total population of Nauru.
The size of the population at the time was about 8000, living on an island that is 21 sq km (eight square miles).

The country of Nauru became the 187th member of the UN in 1999 and is the smallest island nation in the world and the third smallest country, after the Vatican & Monaco. Nauru is also in the Commonwealth.

The country has been inhabited for about 3000 years, the people arriving from Polynesia and Micronesia.

There are three main cultural areas in the Pacific – Micronesia, Polynesia, and Melanesia.

Nauru’s first contact with Europeans was in 1798 when the British whaling vessel Hunter called at the island and the captain of the Hunter was so impressed with the natives and the island that he named the island Pleasant Island. The island retained this name for ninety years until the Germans arrived and annexed the island in 1888.

The flag of Nauru and the star has twelve points represent the original 12 tribes who lived on Pleasant Island.

During a visit to the island by a cargo ship in 1896, the cargo officer found a strange looking rock that he thought was petrified wood. He picked up the rock and took it back to Sydney and used it as a door stop.

Some weeks later Albert Ellis tested the ‘wooden’ rock and found that it was high grade phosphate. The discovery generated great interest and a company called Pacific Phosphate was created.

During WW1 Australia captured Nauru from Germany and mechanized the mining.

The Japanese captured the island in WW2 and at the end of WW2 the UN put the island under trustee of the UK, Australia, and New Zealand.

In 1968 Nauru gained independence and by 1968 one third of Nauru had been stripped mined.
The mining of phosphate by 1975 made the Nauruan people extraordinarily rich and only the people of Saudi Arabia were richer. The Royalties Trust for the Nauru people was worth over one Billion USD.
The government did not levy income tax, education was free, as was the health care and most people worked for the government – immigrants worked the mines.

The profits from the mining went into a trust fund for the people and they did invest profitably at times. In 1988 the Trust bought 600 acres (2.4 sq km) of land near Portland, Oregon and sold allotments to the locals to build their homes, once 75% of the allotments had been sold the homeowners took over control. 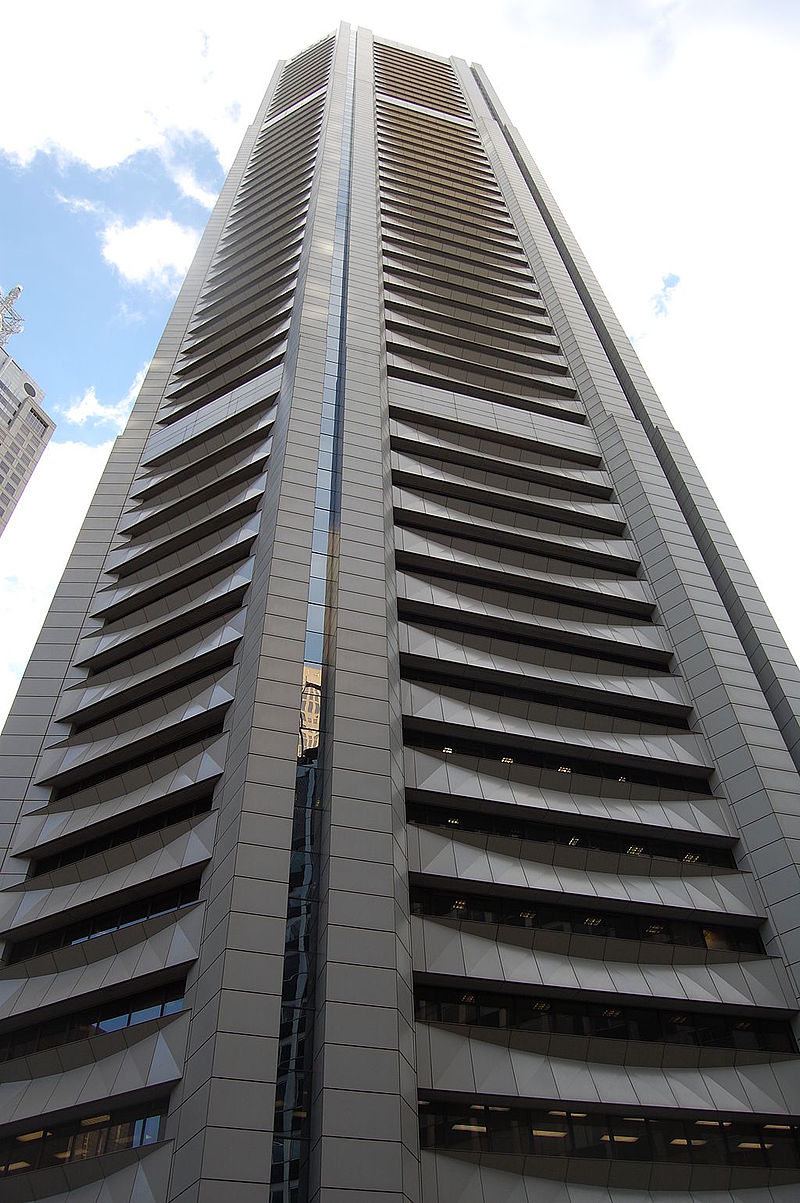 Nauru House, or 80 Collins Street Melbourne, which is still owned by the people of Nauru. It was the tallest building in Melbourne at the time, but only for a year.

When I arrived in Nauru in the 1980’s I was met by our agent who had booked me in to the best hotel, or so he said, and I had a suite.

It was called Menen Hotel and at the time I think it was the only hotel, so the agent was not lying.

The above two pictures are off the internet and were taken recently, but I do not see any change than when I was there 35 years ago – the pool is still empty.

Part of my suite – the shirt over the stool is mine and the stools are at the bar. 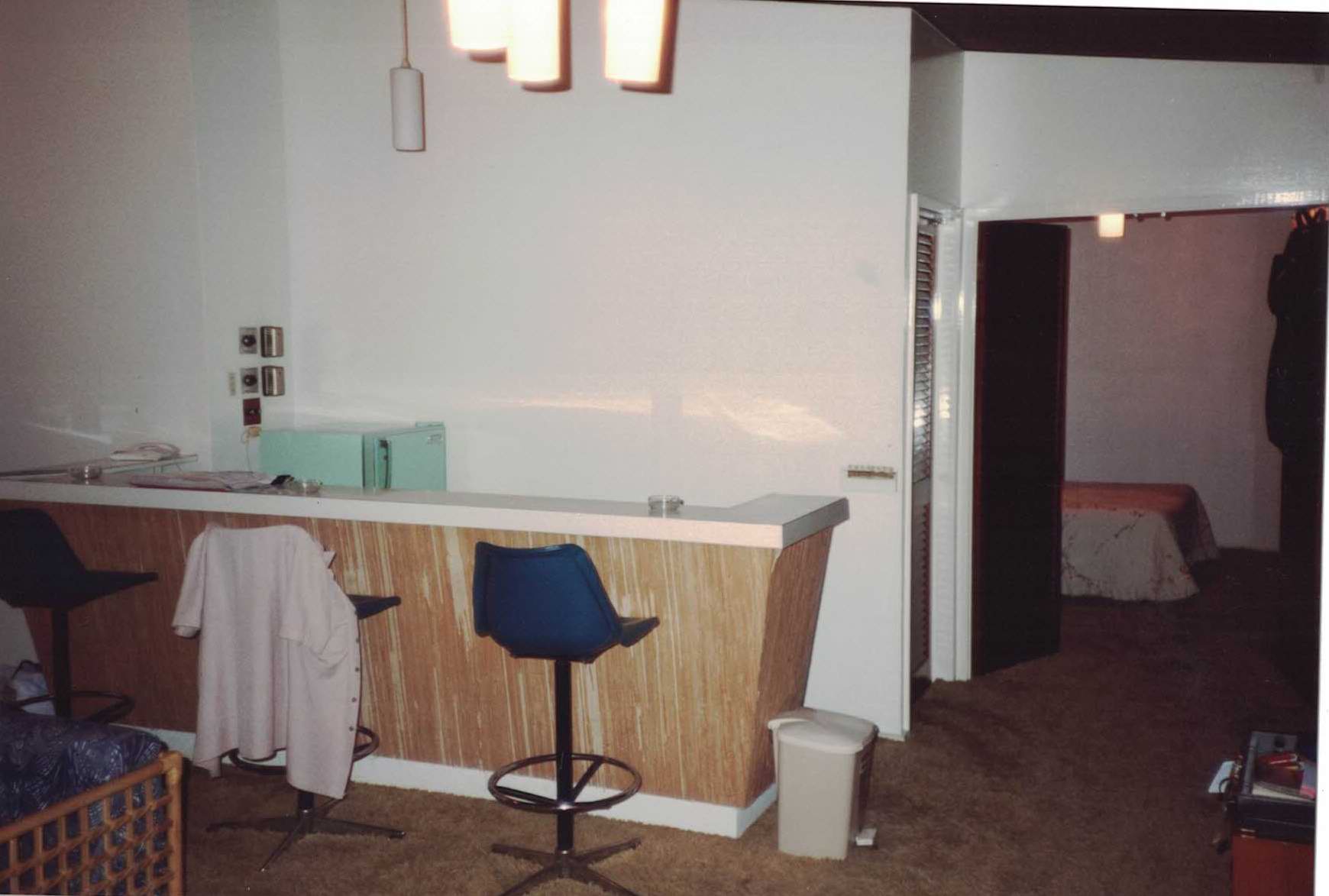 The bar was dry as a bone, and you can just see the bedroom on the right.

During the night I was woken by a strange sound as if someone were scratching on the main door of the suite.
I went to investigate only to find large crabs in the hallway and a couple were scratching at my door trying to get in . . . I kicked them back from the door and saw quite a few ‘walking’ down the corridor. I shut the suite door quickly and tried to get back to sleep-crabs are not my favourite idea of a pet or as a meal.

I was shocked to see what Pleasant Island had now become more like a moonscape. The land was not fit for anything. The phosphate had been stripped from between peaks of ancient coral. Phosphate is the droppings of sea birds over thousands of years – the birds must have stopped in Nauru while migrating from one area to the next.

I was only on the island for a day and a few hours and was soon back at the airport waiting for a plane that had been parked alongside the main road.

The parking of aircraft in Nauru was simple – leave them alongside the main road in a lay-by. The island is so isolated that security was ‘limited’ at that time.
Road traffic had to stop for the aircraft to cross the road to allow passengers to board.

Next stop is Kiribati – pronounced Kir-i-bahss – which is the Gilbertese for Gilbert Island.

One thought on “Nauru”