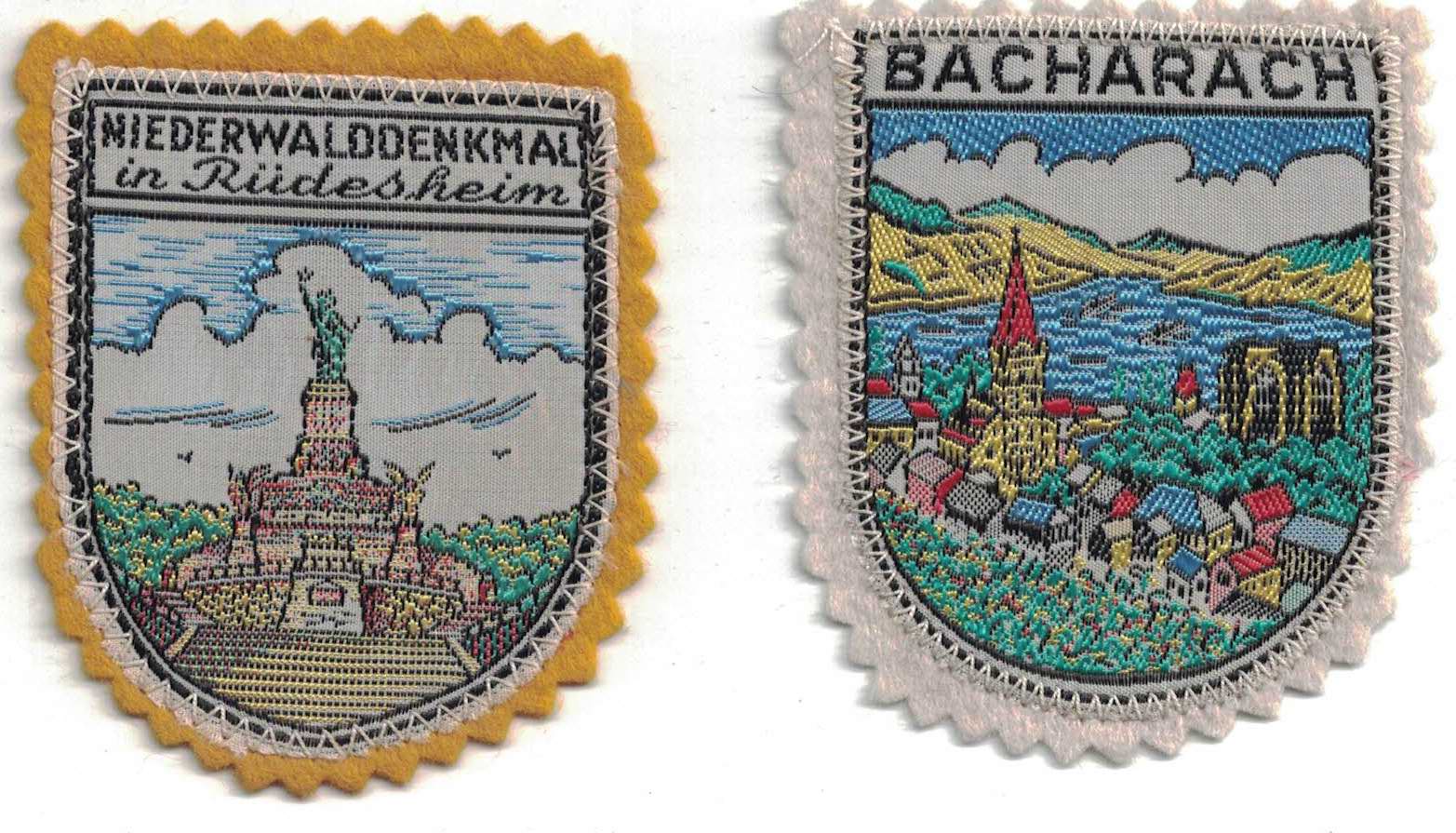 I had been asked by a family friend, who was a teacher, to help look after a group of British school children while youth hosteling in Germany or DJH short for Deutschland Jugendherbergen

We were to stay at Youth Hostels as we made our way up the Rhine by rail and returned via paddle steamer Bismark.

Due to the long journey from Birkenhead to Ostend, the group leader had booked us in to the Zeebrugge youth hostel in Belgium, which was a short distance along the coast from Ostend. The one thing I do remember about Ostend was a particular coffee bar, which had a jukebox.
Jukeboxes were not new to us, but we had never seen a jukebox linked to a TV screen.
For one Belgium franc (well before the EEC and the Euro) we were able to play popular songs and watch the singer on the screen. This is the only memory I have about my first visit to a foreign city.

A few years ago, Maureen and I entered Zeebrugge harbour on a cruise ship and I found myself thinking of the Mersey ferry boats, Daffodil & Iris in WW1, on St George’s Day 1918. 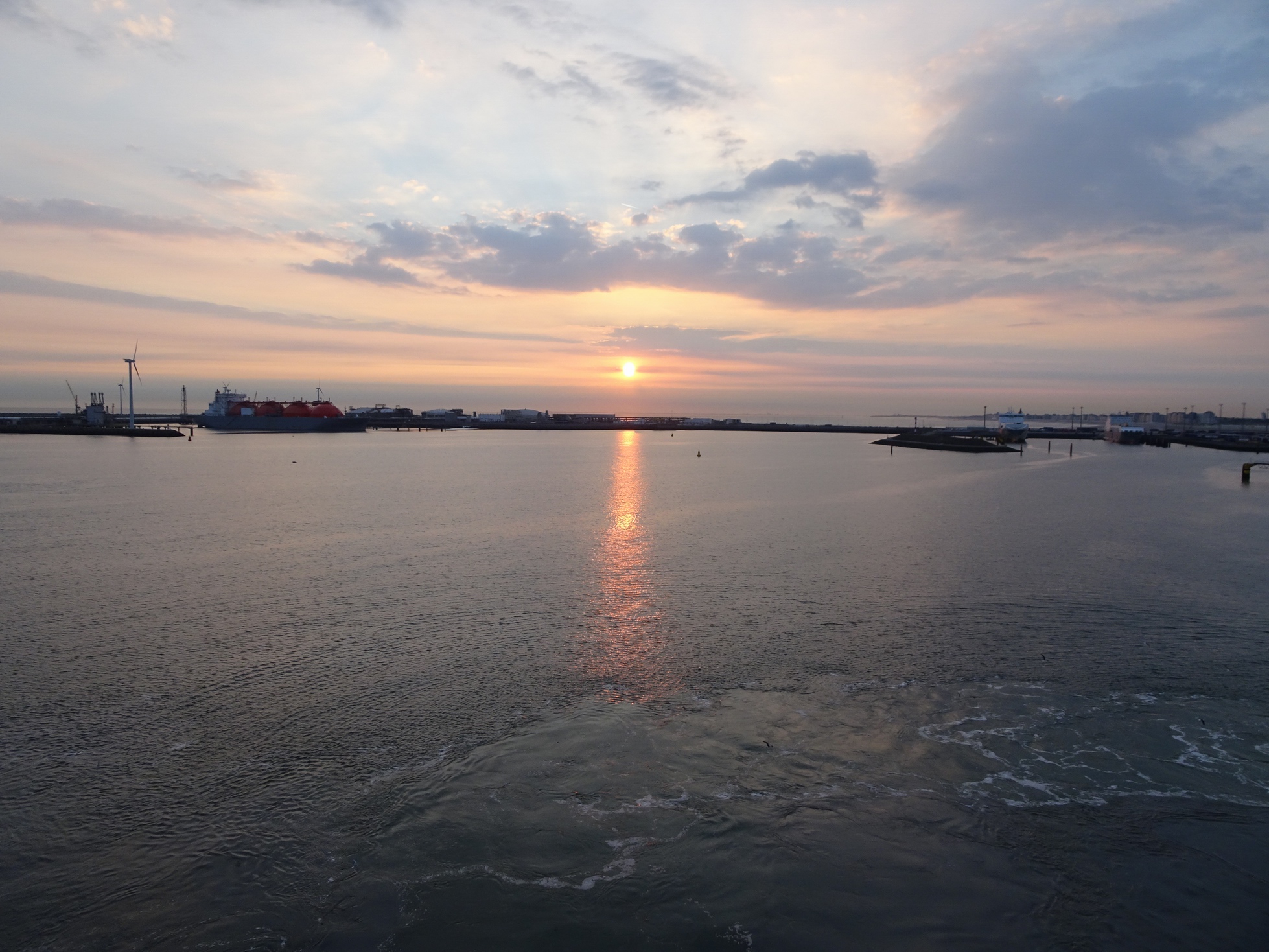 Zeebruge Harbour at sunrise, pictures taken from our balcony.

The entrance to the harbour can be seen (beyond the immediate quay) where the British sank the two derelict vessels.

The two ferries took part in the commando raid to sink obsolete ships in the main channel at Zeebrugge, to prevent German U-boats leaving port.

Although severely damaged, and with many killed and wounded, the two ferryboats managed to return to England, and eventually made their way back to Mersey.

Daffodil arriving back in the Mersey after emergency repairs at Chatham. 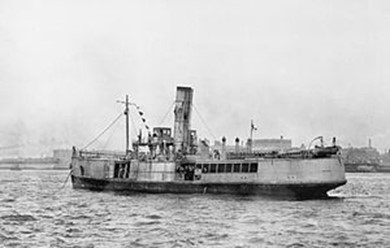 Above is the Iris on her return – both ships carried the HMS prefix during the raid, and both had many shell holes. In addition, the superstructure had been riddled with machine gun fire.

The funnel of the Iris was kept as a ‘memorial’ for some time, but I am not sure where it is now.

Eight VCs (Victoria Cross – the highest award for bravery in the Commonwealth) were awarded after the raid, unfortunately two hundred and twenty-seven men were killed, and of those I think seventy are buried in the cemetery at Dover.

The whole operation called for volunteers and of the 1700 who volunteered eleven were Australian. Of the eleven, seven were decorated for bravery and some of their medals can be seen in Canberra.

Dover  – BBC News a centenary after the raid in 2018. The link is a short video.

In honour of their contribution to the raid HM King George V conferred the pre-fix ‘Royal’ on both Mersey ships, and they became the ‘Royal Iris’ & the ‘Royal Daffodil’.
The second descendant of the ‘Royal Iris’ came into service in 1951, and it was in 1965, on this ‘Royal Iris’, that I danced with a young girl who would later become my wife in 1969, fifty-two years ago. 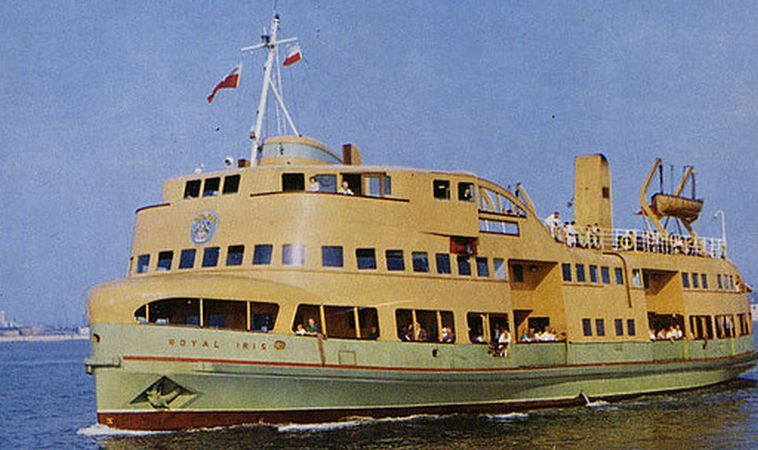 Once alongside my daydreaming changed when I noticed Belgium navy ships berthed across from our berth.

I wonder if they think of the raid on St George’s Day (23rd April).