In 2010 eight of us (four couples) from Sydney thought it was time that we visited Indochina, and one of the countries on our list was Laos.
We flew to Thailand (Bangkok) and then domestically to Chiang Mei.

From Chiang Mei to Luang Prabang, which is in Laos, we decided to fly with Laos Air. 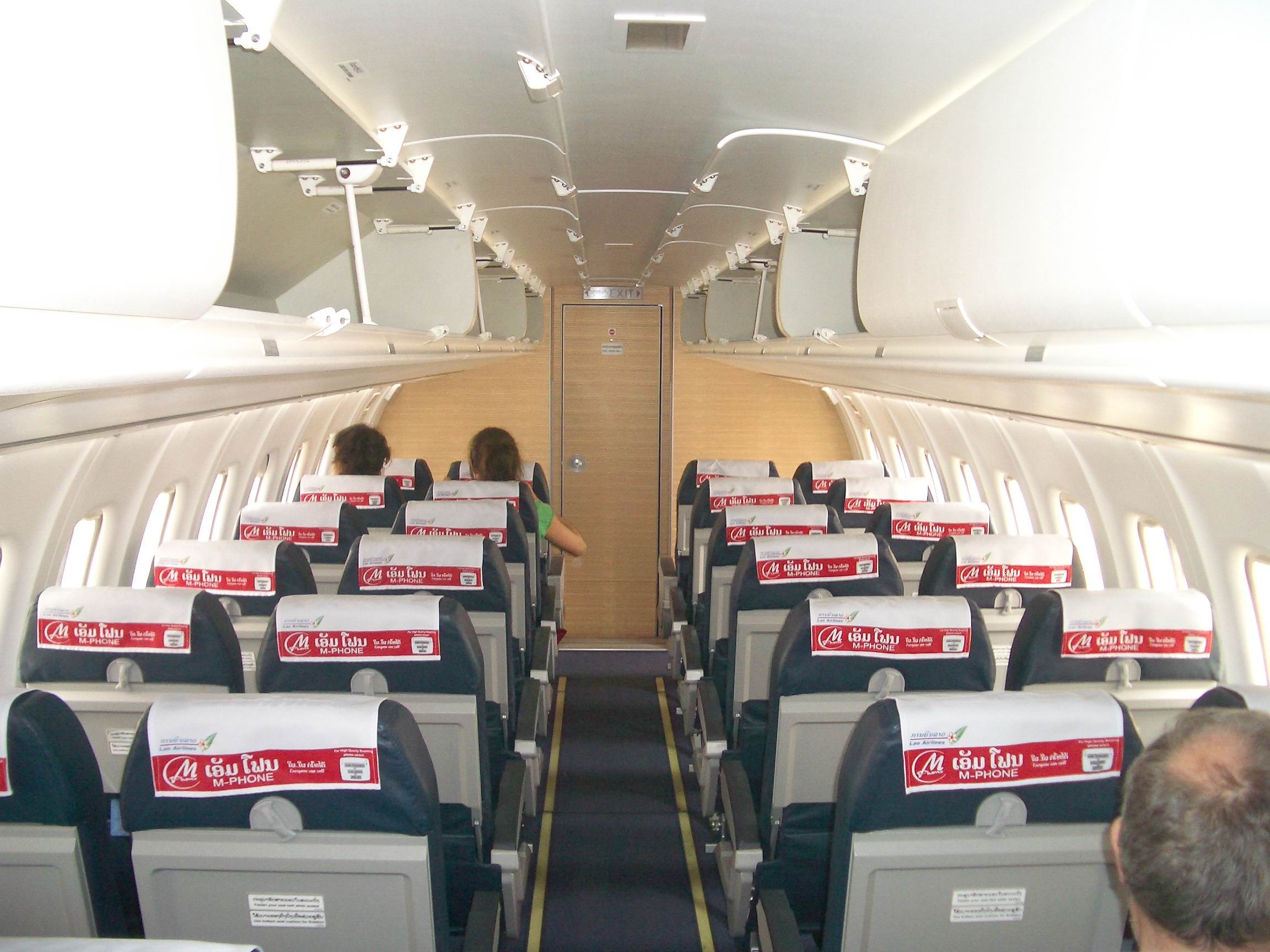 It was not a large plane, but I have flown on smaller, and not as modern.

Coming in to land at Luang Prebang – Picture thanks to KI.

After clearing customs and paying USD$30 each for a visa on arrival, we were met by the hotel transport, which was a large minibus, for the trip to the hotel.

A modern day picture from the hotel’s website for a Mekong Delux room.
The room is much the same as the rooms that we had in 2010

The Grand Hotel overlooked the Mekong River, hence the name of the rooms.

View from our bedroom.

Part of the hotel’s gardens.

Yours truly wondering why the water in the river was so low. I was told later that it was due to Chinese dams being built upriver, the flow had been considerably reduced.

We booked one of the boats for a trip to Pak Ou Caves also known locally as the caves of a thousand buddhas – the trip would include lunch.

A further indication of how low the water had become. We just boarded by climbing from the sandy riverbed into the boat.

Not far from where we boarded the river boat we saw the above boats just sitting on the bottom due to the low water.

It was an enjoyable boat ride to the caves.

A home along the river bank, they did not have many modern day conveniences but they did have satellite TV, which is more than I do :- o)

More homes along the bank.

Approaching the caves, as you see they are popular

Inside the caves . . it was quite cool. 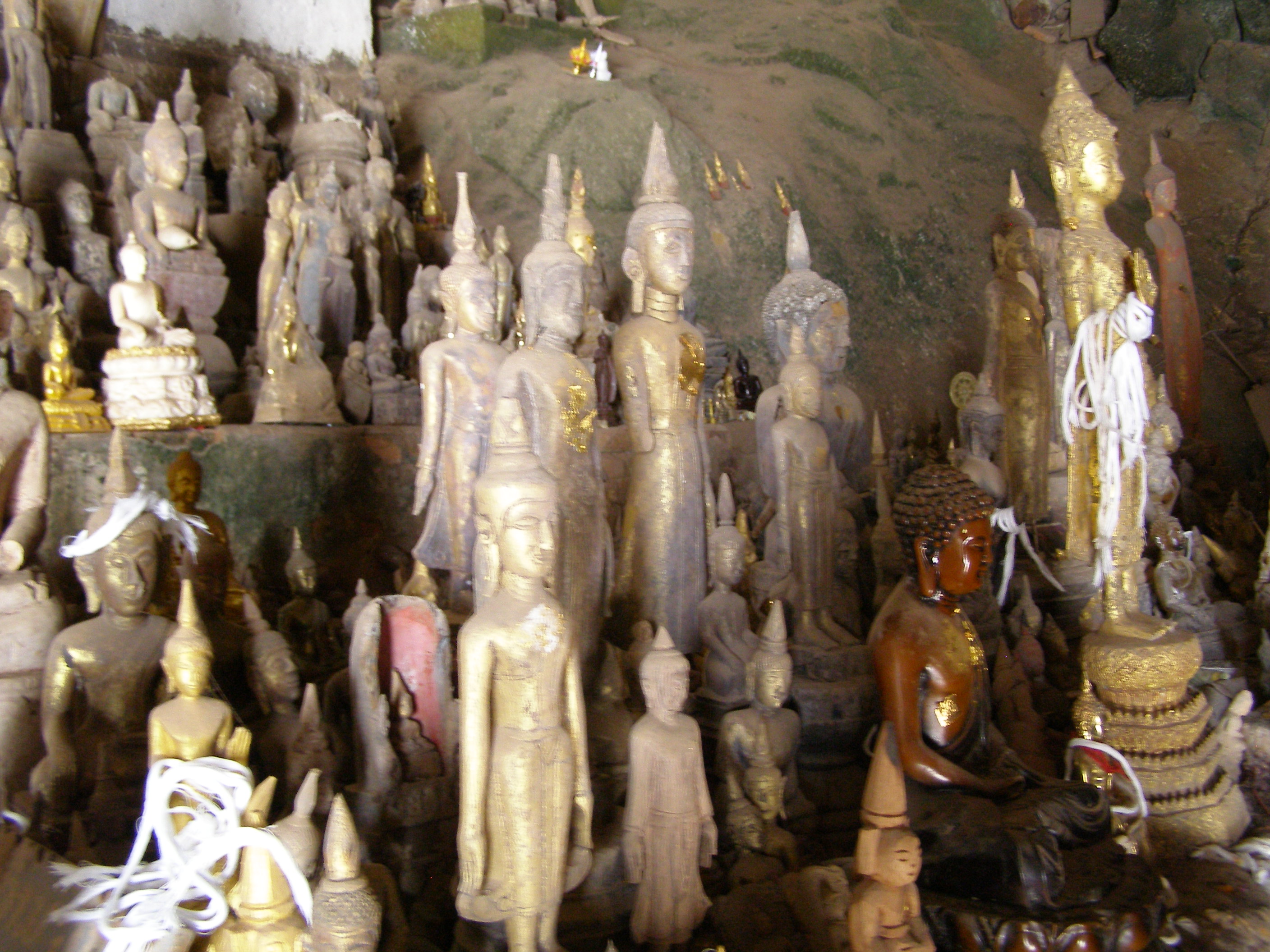 There were a large number of statues in the caves.

After the caves we returned to our boat to cross the river for lunch.

Lunch – with a beer or two of course – very pleasant, overlooking the river.

After lunch we were shown around a small village, but due to the heat (early afternoon) most stall holders were inside – they did come out when the ladies showed an interest in a particular item. 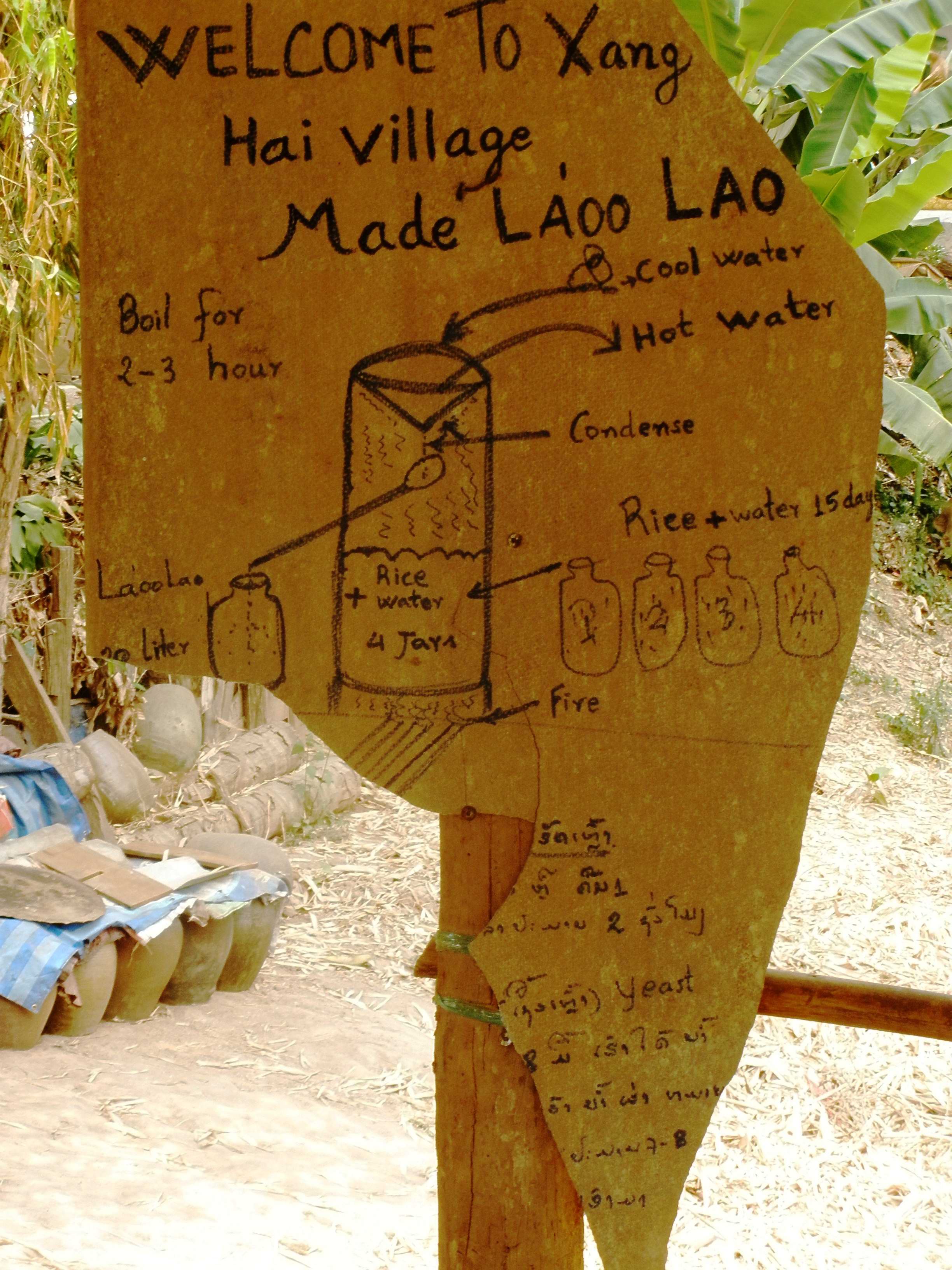 We watched the booze being made . . .pic from KI 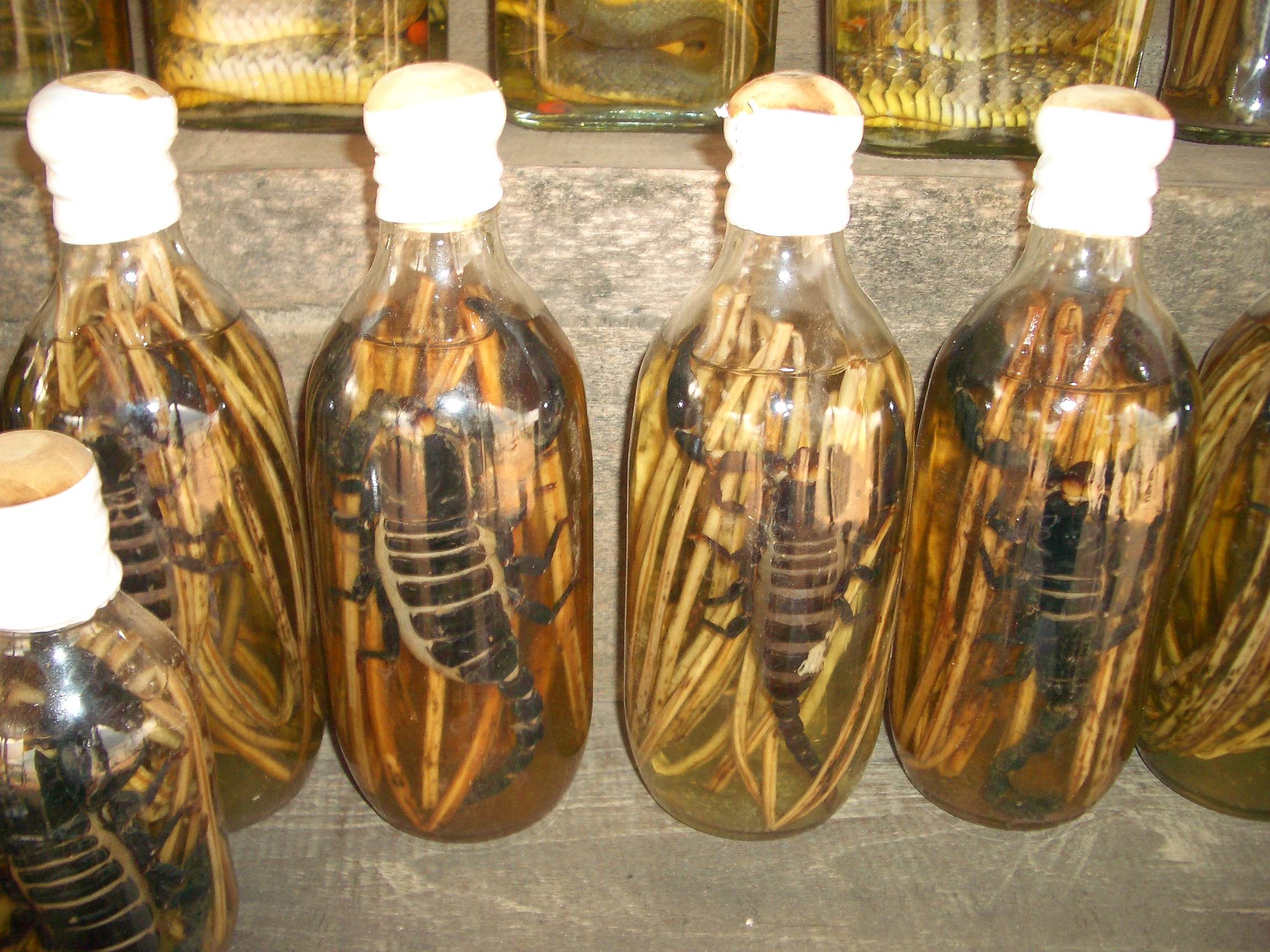 I was offered a free drink of locally produced wine, which was pleasant, but I did not fancy a pickled scorpion – even a free one! 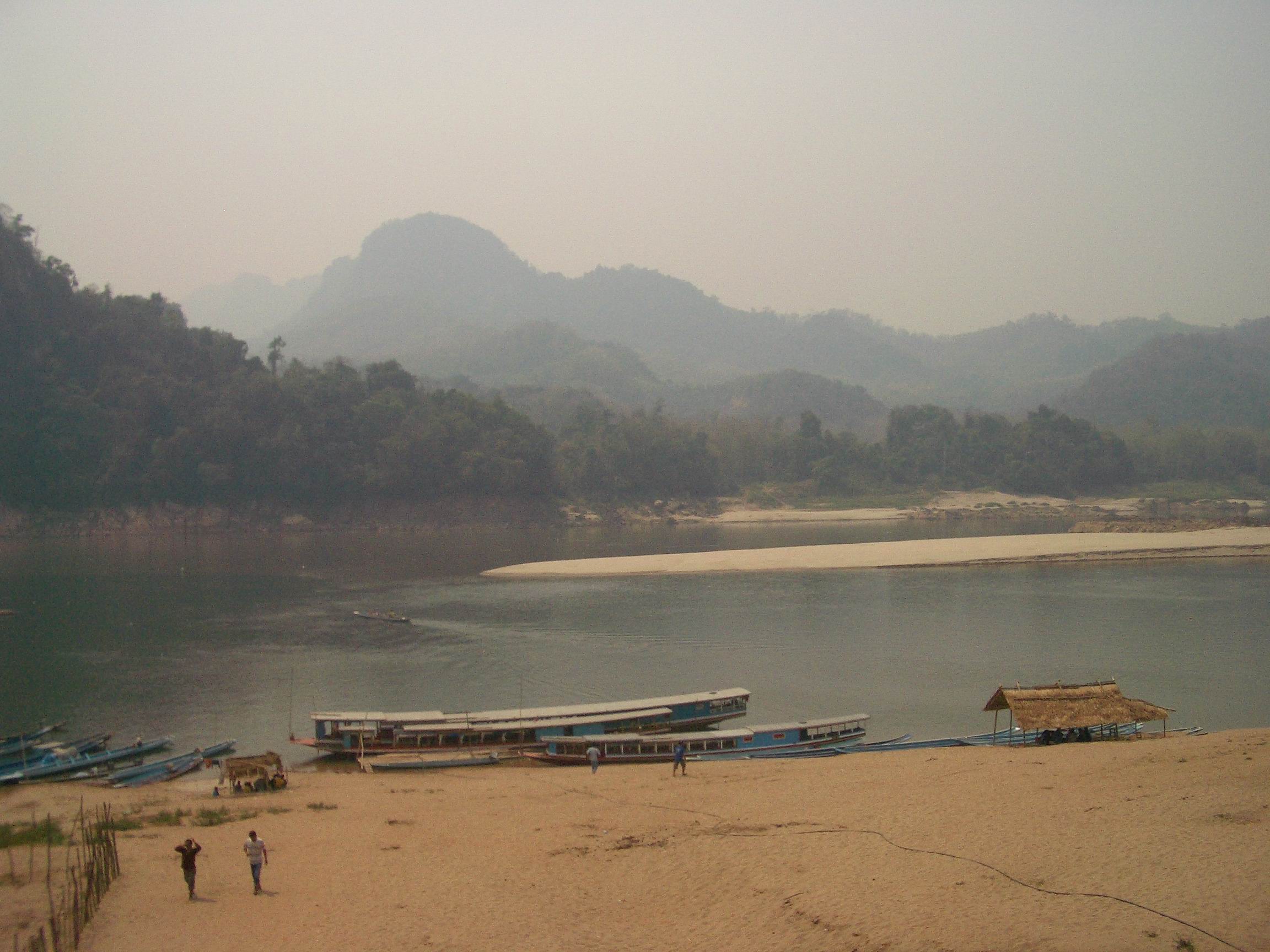 On returning to our boat we were able to appreciate just how low the water had become.

Our boatman had moved our boat to a small pier, which highlighted the low water – Picture thanks to GD

The Night market came in handy for small gifts to take home. Pic thanks to GD

4 thoughts on “Damn the dams in Laos”