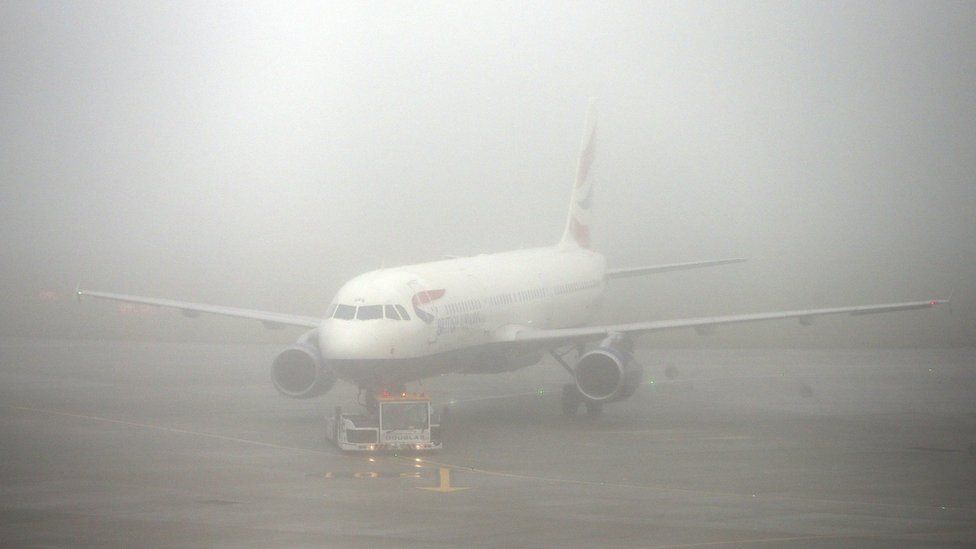 If London was fogged in, the first alternate was Manchester, and winter generated quite a few ‘foreign’ visitors. If they were in the BOAC partnership ‘camp’ we would handle the aircraft, if they were Japanese Airlines, Thai or US airlines then these airlines would be handled by an agency called

that were located across the road from the BOAC warehouse and have since gone out of business. The airlines below, at that time, were ‘family’, there were more, but I cannot remember them all. 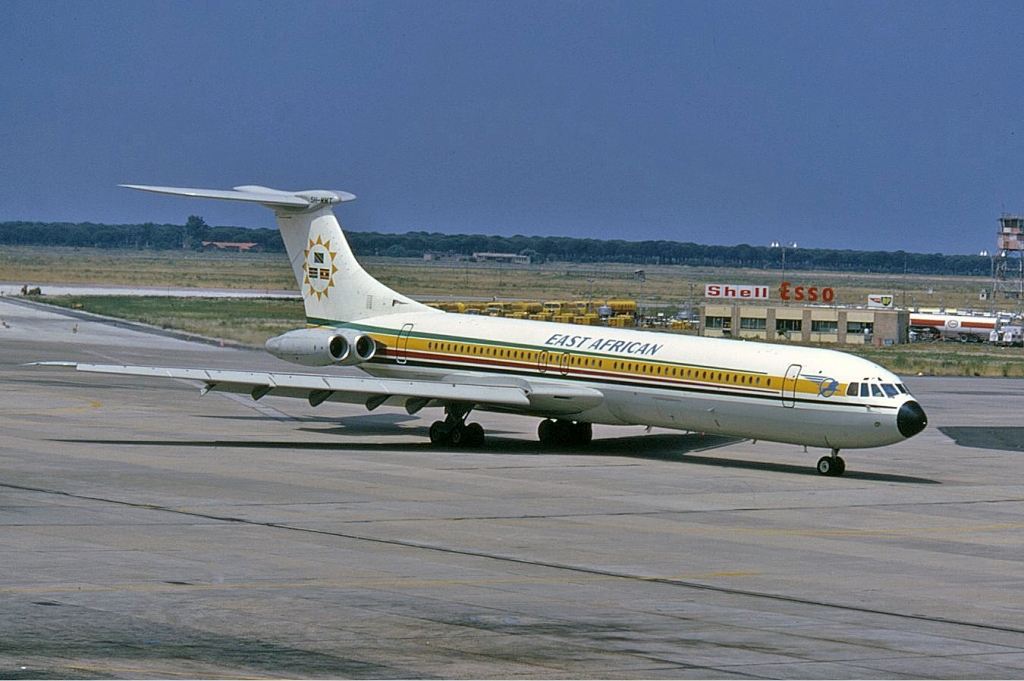 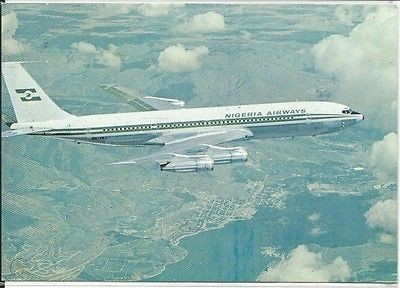 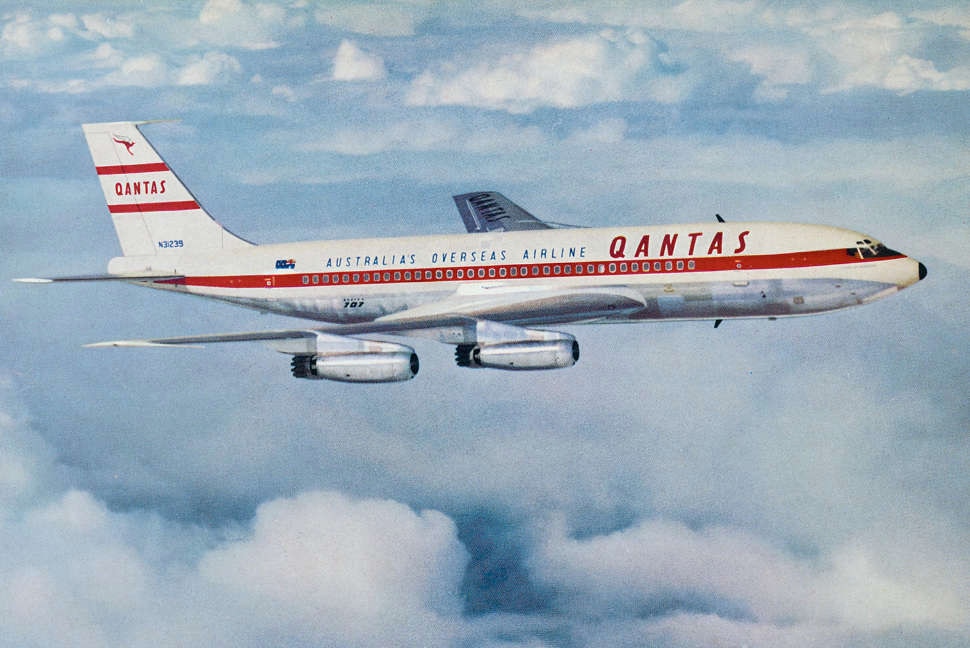 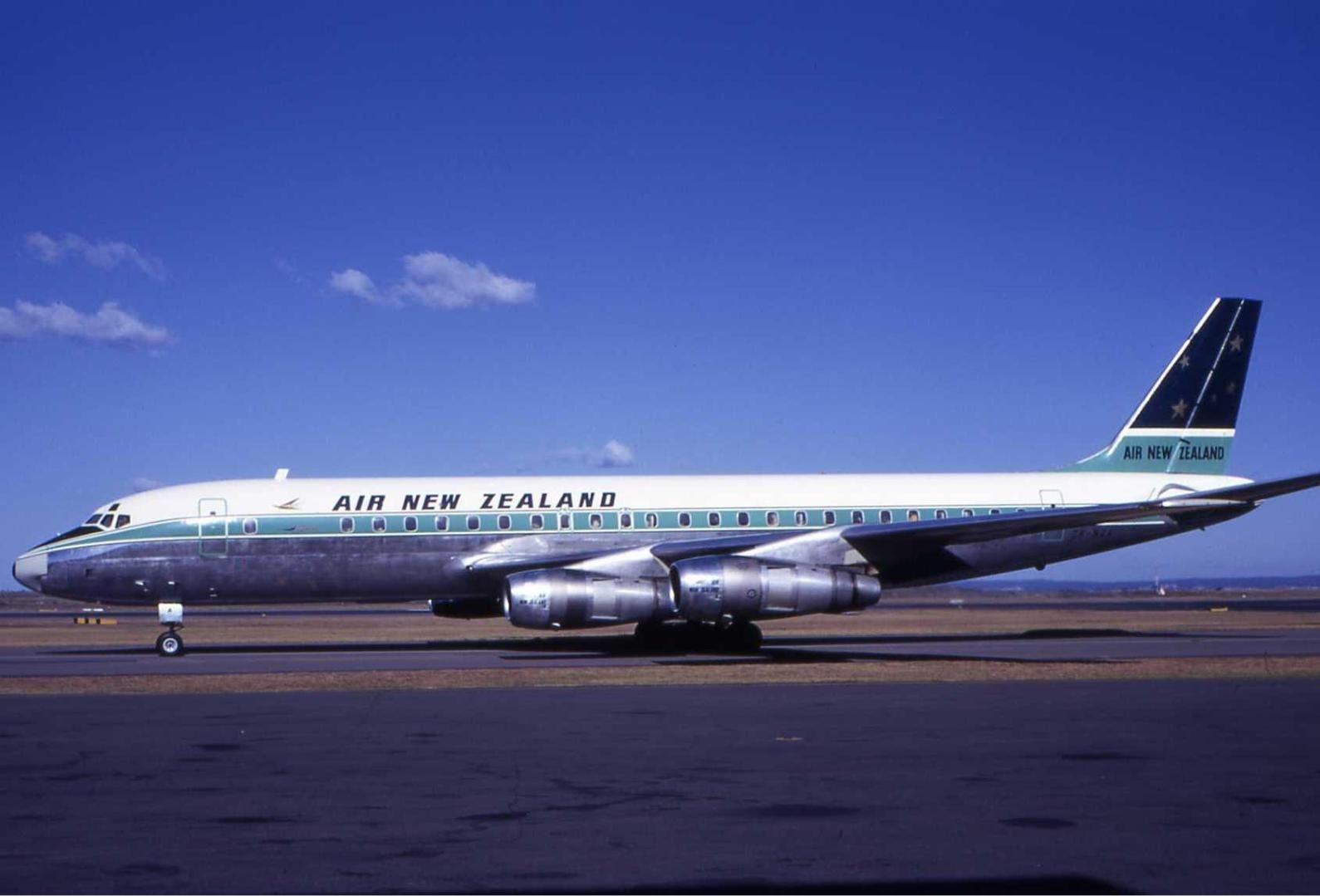 Air New Zealand – in 1973 the Southern Cross on the tail was removed.

and of course our own BOAC aircraft

As soon as the aircraft had taxied to the appropriate area we were out there waiting to board. Our first consideration would be Queen’s Messengers, 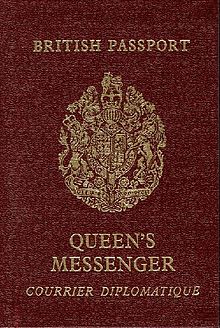 did the aircraft have a QM on board and if so, was he escorting diplomatic mail stowed in the hold or only via a locked briefcase attached to his wrist. 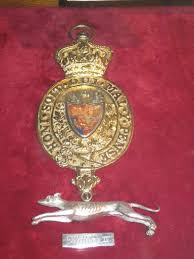 The symbol of a Queen’s Messenger is the greyhound. The British Royal Messenger can be traced back to the 12th century. Messengers from King John, Henry III and the first three Edwards can be identified and named thanks to Mary C. Hill book ‘King’s Messengers 1199-1377′.
Charles II appointed four men to carry messages to loyal subjects in the Royalist forces and as a sign of their authority the King broke four silver greyhounds from a silver bowel and gave one to each messengers, which is how the greyhound became the symbol of a Messenger of the Monarch.

If the diplomatic mail was in the hold, we would unload it and secure it back at base – if via the locked briefcase he would be escorted through customs and immigration and looked after via the ‘system’. 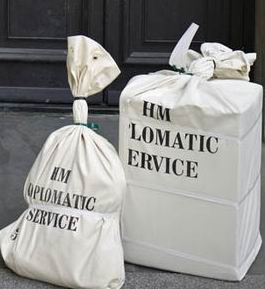 All normal mail sacks would be removed and taken back to our warehouse to await pick-up by the GPO.
The GPO mail had a different manifest and separate paperwork than cargo, so we had to find the purser (then called the chief steward) to sign a receipt that we had accepted the mail and he was free of the responsibility for the mail.

Our next concern was livestock – did the aircraft have livestock in the hold, if so what type, and did they need watering.
The standard aircraft before the B 747 had belly space which was allocated for passenger baggage, cargo & mail. Livestock came under cargo. Each area was sectioned off by netting to ID the area and also stop items flying around.

If the aircraft was a B707 (see above) there is seepage of warm air from the passenger deck into the hold area, which helped keep any animals comfortable.
This seepage was welcomed by the airlines unless the aircraft was carrying a 200 kgs gorilla, or 300 kilos of live monkeys (in cages of course). The reason for not putting the gorilla or monkeys in the same area as other animals is that they stink in a confined area, and if the seepage of warm air can drift from the passenger area it can drift into the passenger area, which would not be acceptable for a trans-Atlantic flight or a long-haul to Singapore or Australia.
The way round this was to place the unacceptable guests in hold five – I’ve marked hold five with a green circle. This hold does not have any seepage in to or from the passenger area. Everyone is happy.

On checking if the diverted flight had livestock, we would ascertain what livestock and only open the cargo door a little to make sure any animal has not escaped its cage. On one flight we opened the cargo door and we were met with a large dog that was quite upset because it had chewed its way out of its wooden cage. As the door opened, we saw him standing looking at us and he appeared to be all teeth and bad tempered.

We called the police and asked for a sharpshooter, because if the dog escaped it would have to be shot due to the strict quarantine regulations at the time.  The police arrived and one officer moved slowly to the dog talking to it all the time in a low voice, while his mate lined up his rifle.
The quiet talking policeman took off his police cap and placed it just inside the cargo door while still chatting quietly as the dog paced back and forth until it stopped near the policeman’s hat and defecated in to his hat.  The Policeman was ‘upset’.
The dog wasn’t shot, it sat around and waited until someone clipped a chain to its neck and trotted off to the RSPCA where they had a new box for it for the flight to London when the weather cleared.
The hatless policeman was shouting at the sharpshooter that he should have shot the dog . . . . 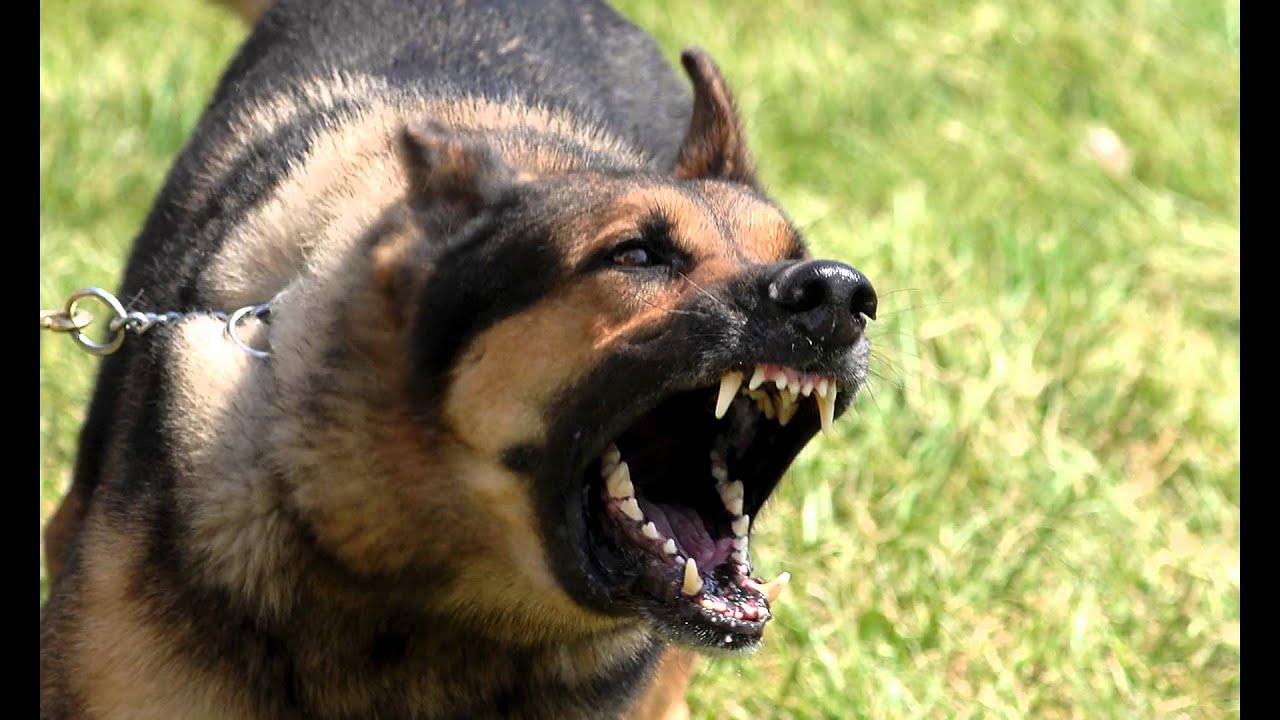 Like many people the dog did not like flying  . . . it was frightened.
(the picture is not of the dog in question).

At other times we had to deal with tropical birds, which unfortunately caused one of our staff to become seriously ill in hospital.

He had attended a diverted flight from Africa which had tropical birds as cargo, mainly parrots. He caught a disease known as psittacosis, which is more commonly known as ‘parrot disease’ which can damage the lungs. 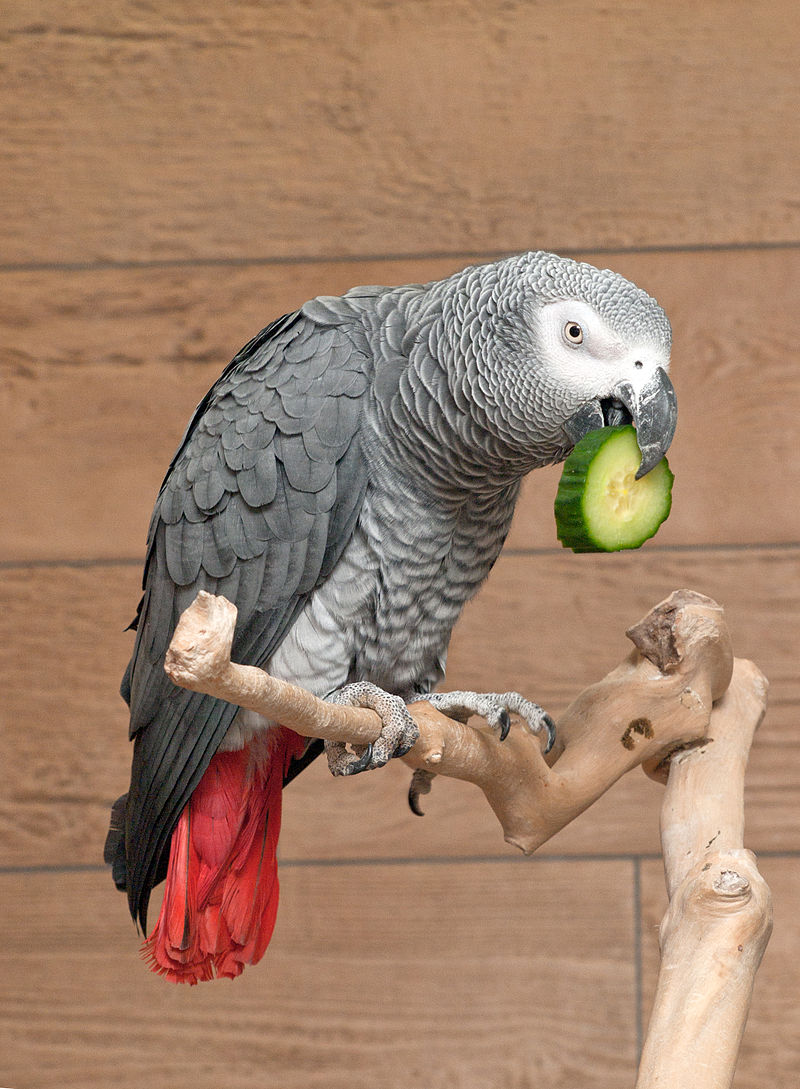 The staff member’s name was Richard Byrd, so of course he was ‘Dicky’ Byrd to the rest of the staff and when he was in hospital in Manchester we would ring the hospital to ask after his health . . . the problem was when the hospital asked his name and we said Dicky Byrd, and what was his complaint asked the hospital ‘Parrot disease’ we answered and the hospital hung up on us. . . . .

We eventually worked it out to ask for ‘Mr. Byrd’ and to give the correct medical name (psittacosis) for his complaint . . . once we knew his ward number it became easier to get through the switchboard.