So life would change from water to air.

BOAC B707 freighter – my introduction to containerisation.

The airline pallets (containers) can be seen loaded on trolleys – they would be towed to the aircraft and a scissor lift would load them to the correct level and then labour would pull the loaded pallet in to the aircraft. We would load thirteen pallets per aircraft of mixed cargo. In addition, cargo would be loaded in the belly holds and secured with nets or rope. Any dangerous cargo would also be loaded in the belly of the aircraft.

Part of my job was the supervision of the loading of cargo into passenger & freighter aircraft.

There were a number of considerations to take in to account, and this was well before computers, so it was all completed by hand, and the chart was made of Perspex, which showed my calculations in pencil and the result as a lined graph.

To complete the ‘graph’ I had a list of the actual gross weight of each pallet and the weight of the cargo stowed in various parts of the aircrafts belly. I would make sure that the heavier pallets were as close to the centre of gravity of the aircraft as possible. I also had to be aware of the current weather conditions and the height above sea level of the runway.

For example, the heat of the Persian Gulf would restrict the maximum take-off weight because the higher the temperature the thinner the air, which had to be used to create lift so the aircraft could fly. In addition certain airports around the world, which were built several thousand feet above sea level would also have thinner air.

To divert a little to illustrate the importance of the weight of cargo and air temperature, I once flew from Apia, in Western Samoa, to Pago Pago in American Samoa. Both islands are in the Pacific Ocean.

Because certain Samoans are larger than an average western person, some of them were weighed and some of us were not. The aircraft was small, so every kilo was counted and recounted, and a full load was twenty passengers, and Western Samoa is HOT at certain times of the year.!
The flight from Apia to Pago Pago was not long, about fifteen minutes, but it was still an international flight.
Our baggage was stowed behind the last passenger and of course the aircraft did not have any toilets.
On the plus side it was a very scenic flight, if low . . . .

Back to Manchester and the weights involved – the maximum weight for any aircraft is the maximum taxi weight. The B 707 at Manchester would burn off 1000 kilos (a ton) of fuel just taxiing to the end of the take of runway.

The B 707 with a flight number BA 537 originated in London, transited Manchester for Prestwick in Scotland before crossing the Atlantic to New York. After which it would fly on to Kingston (Jamaica), Antigua (Antigua & Barbuda), Bridgetown (Barbados), Port of Spain (Trinidad), Georgetown (Guyana).
Every time I processed the paperwork for this flight I couldn’t help thinking of pirates, pieces of eight & Treasure Island.

Each cargo manifest had the code for each destination from MAN (Manchester), PIK (Prestwick), JFK (New York), KIN, ANU, BGI, POS, GEO all fairly obvious, but the ship’s bag (as it was called) bulged with the amount of paperwork for each stop.

The aircraft terminated in Georgetown and was made ready for the return journey as BA 538. I’ve underlined the stops in the Caribbean using a green line.

The VC 10 BA 607 was destined to Canada – London, Manchester, Prestwick, Montréal and terminating in Toronto.
The IATA city codes were not a problem until you reach Montreal, which becomes YUL & Toronto becomes YYZ.

You may ask why the three letter codes for most cities can be worked out – LHR, MAN, BER, SYD, MEL, TYO,SIN etc

So back to Canada – Before IATA was created, Canada had a network of weather towers near their airports, and as air travel increased in the 1930’s pilots wanted to know if a particular airport had a weather tower.
The authorities had already issued IDs for each airport using a two letter code so they added a ‘Y’ (as in ‘YES’) before the two letter code to show that this airport had a weather tower.
At that time Montréal-Dorval airport radio call sign was UL so, because Montreal had a weather tower it was designated as YUL!
Just to confuse a little more, the radio code of Malton in Canada is YZ, and Malton is close to the city of Toronto, so we now have Toronto’s IATA code as YYZ.

Because Canada already had many of their cities designated with a weather tower that required a Y for YES, they decided to use the letter Y for the first letter of the new IATA code system for all Canadian airports.

Not to be beaten, they decided to pick on the railway system, which already had two letter codes for railway stations, so for Edmonton the railway code was EG, so they added the Y to EG and now IATA recognises Edmonton as YEG.

Certain cities can be recognised with a little thought by thinking ‘railway’ thoughts – YVR is Vancouver (VR being the rail code for that city); QB is Quebec, so the airport is YQB and so on. 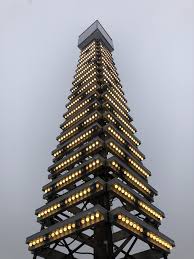