During the Corona Virus lock down, I decided to do a spot of Spring cleaning of my study. All went well at the beginning until I started to find things that I’d forgotten about, so of course I welcomed the distraction by checking out my own bits & pieces, which I had not seen for years.

I found an old wallet that I’d used about fifty years ago, so instead of just tossing it in to the bin I opened it and found some money!! 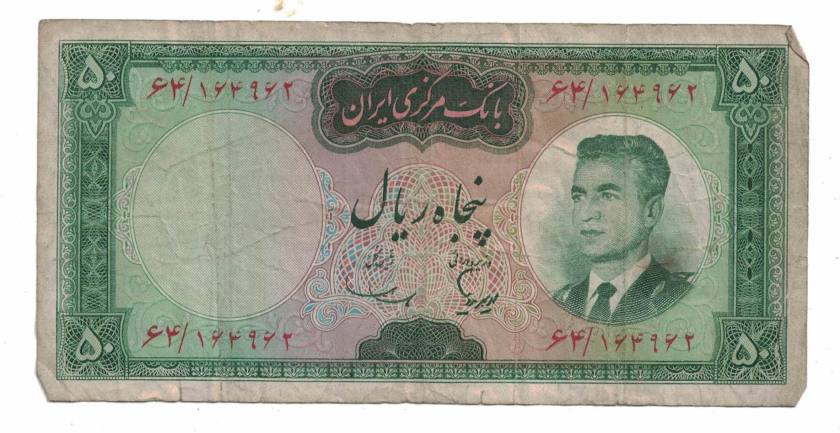 The problem is that I cannot spend the money that I’ve found – as you see the face on this Iranian 50 rial note would not be welcome in Iran today. The face is of the Shah of Iran who was in power from 1941 to 1979 when he was overthrown during the Iranian revolution.

The reverse side of the bank note.

I also found a 20 Rial note

I must have received these notes sometime between 1962 to 1968, and in 1965, based on the information on the internet, a USD was worth 77 rials, so if I try and cash in the two notes I’ll be lucky to get $1 or $8.19 in today’s money, allowing for inflation, but as the Shah is no longer in power . . .I doubt that the Ayatollah will offer any exchange rate. 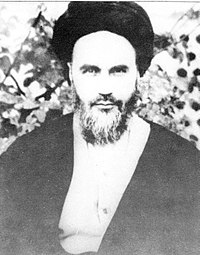 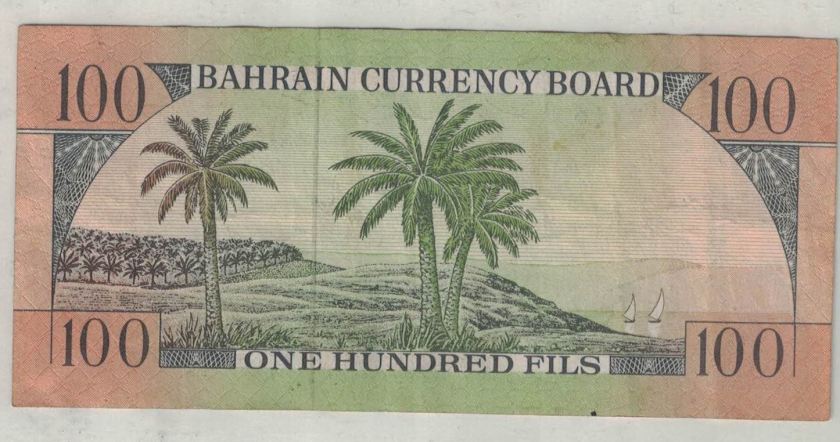 In Bahrain 1000 fils equals one Dinar, now this money can be reasonably accurately dated because the Bahraini dinar only came in to existence in 1965, which was six years before they gained their full independence from the British.

Reverse side of the 100-fils note

The use of the word ‘dinar’ is based on the Roman currency denarius, only in a word not in value.
Currently the Bahraini dinar is the second most valuable currency in the world – the first being the Kuwaiti dinar.

Prior to the use of the Dinar, Bahrain used the Gulf rupee, as did most of the Gulf States, and the rupee was issued by India at a rate of 13 & 1/3rd Indian rupees to the British pound, and ten rupees to the Bahraini dinar.

Even today there is a local ‘hark back’ to yesteryear because 100 fils is often referred to as a rupee. 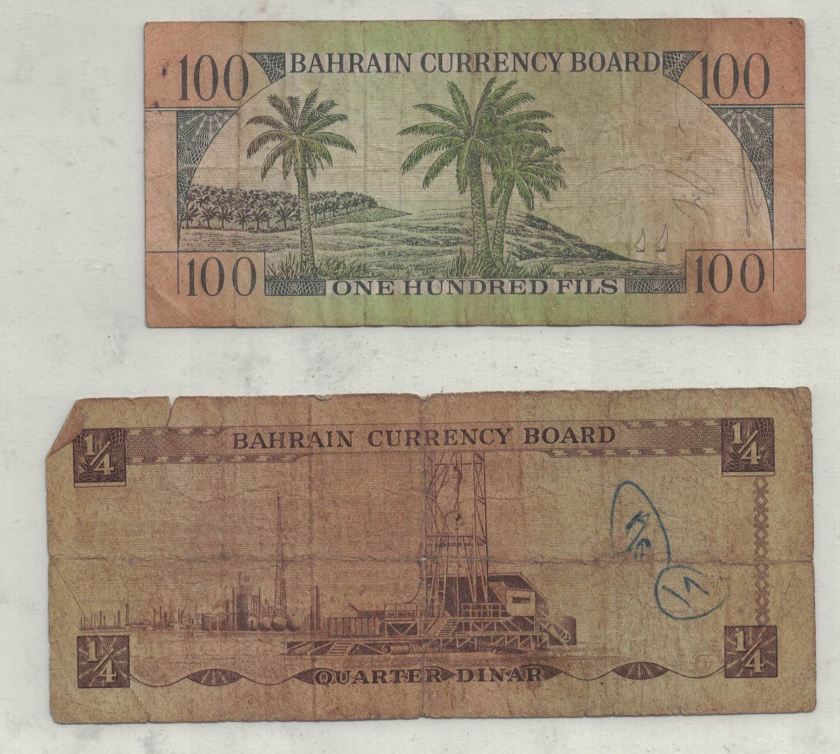 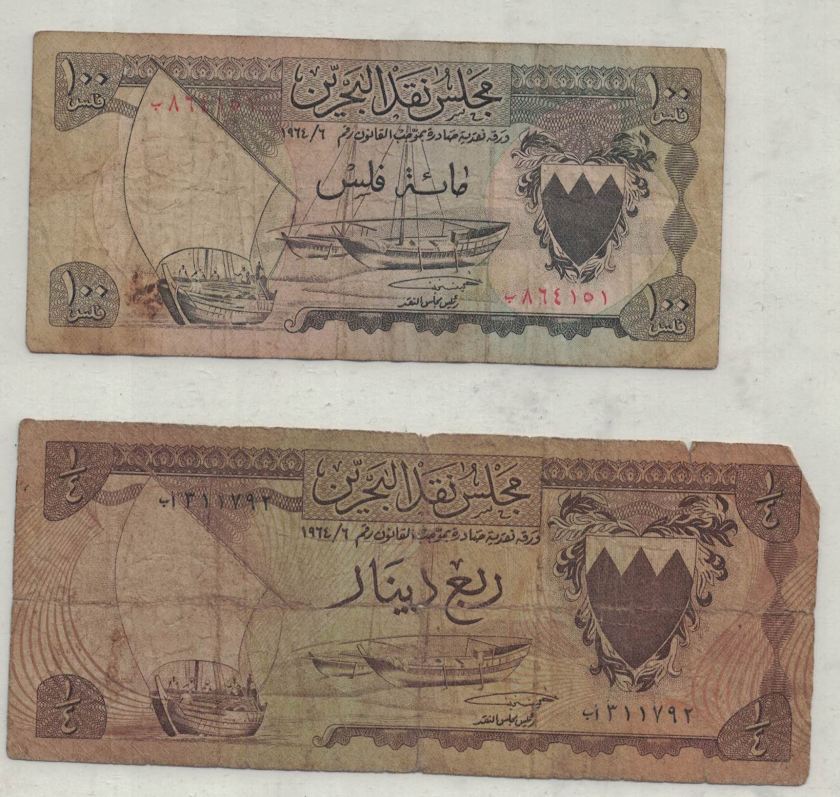 From memory in the 1960’s Bahrain was the only port in the Gulf that sold alcohol, and in the heat of a Gulf summer a cold Red Barrel was a life saver when ashore.

In addition to the Iranian and Bahrani currency I also found a couple of India rupee notes.

The top one was issued in 1966 and the second on in 1967, I must admit I thought the 1966 note had been issued much earlier until I looked at the note with a magnifying glass. 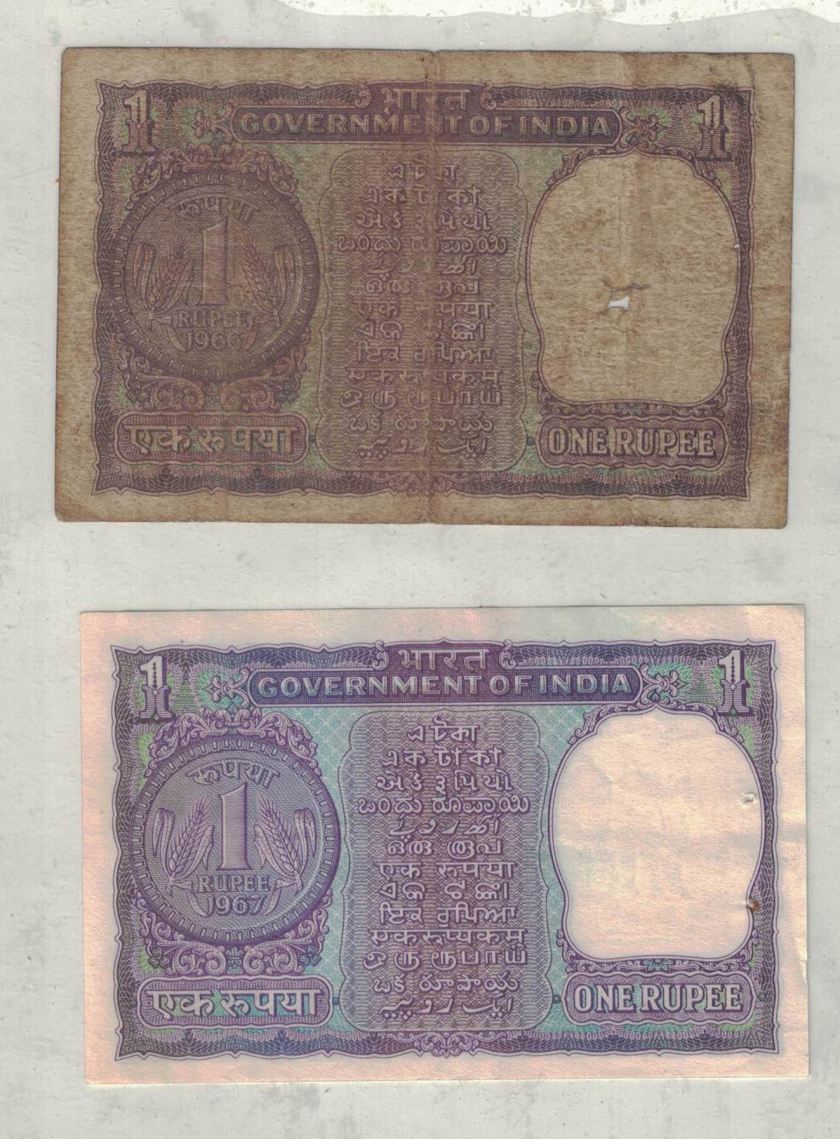 The same two notes reversed and if you look closely under the figure ‘1’  you will see 1967 on the cleaner note.

At first, I thought the above two 2 rupee notes were Indian until I realised that they are Sinhalese currency (Ceylon), one issued in 1965 (well used) and one in 1967 (the cleaner note).

Ceylon did not become Sri Lanka until 1972 when they were granted full independence from Britain. 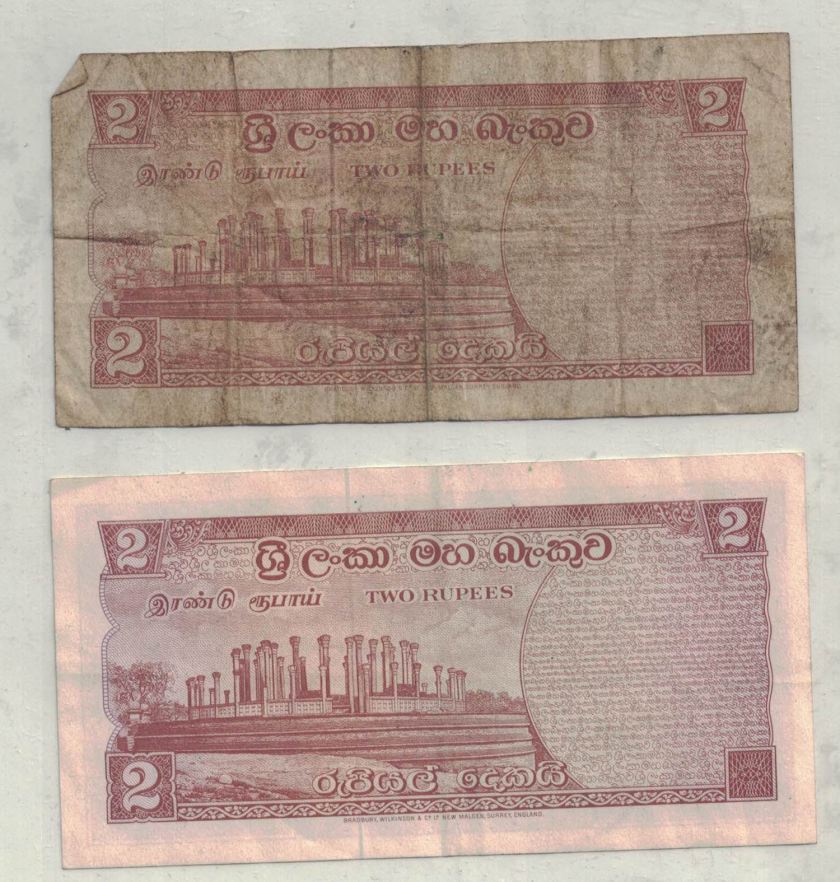 Reverse side of the  Sinhalese currency . . . 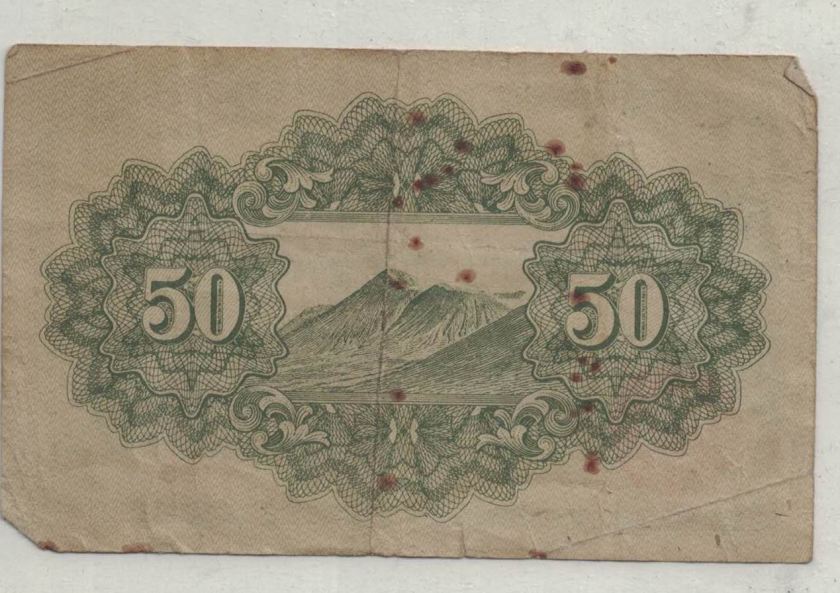 When I first visited Japan in 1963 the exchange rate against the British pound was 1060 yen, and at that time the farthing was still legal tender and there were 960 farthings in the pound sterling, so the Japanese yen was worth less than a farthing.

The final item that I found in the wallet was a four-leaf clover . . .

7 thoughts on “The advantages of lockdown”