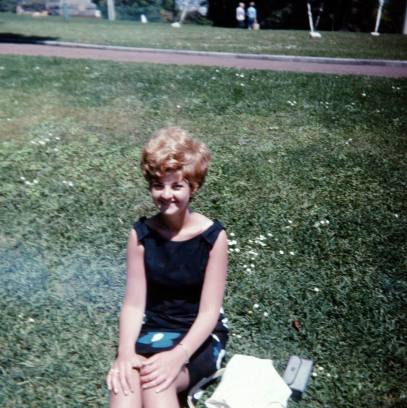 We anchored off Auckland and I could see the lights of the city as I stood my watch from 8.00 pm to midnight. We finally berthed at 6.30 am and worked cargo all day.
Everyone on board knew that Maureen was flying out to see me, and they thought that she was from a very wealthy family to be able to fly around the world for a weekend.
In the end I couldn’t let my shipboard friends believe that she was anything but a normal Liverpool girl, who was fortunate to work for an airline, which allowed her to take advantage of discounted tickets.

The following day I stood my deck watch and late afternoon raced out to the airport to meet Maureen. The aircraft was an hour and a half late!
I’d booked her in to a small hotel in the city, because the ship didn’t have accommodation for visitors. The following day I introduced her to my friends and it was party time!

The day after I managed time off and Maureen & I went sightseeing around Auckland. 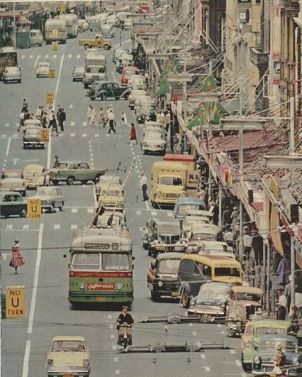 I don’t know what Mount Wellington looks like now, but in 1966 it was a beautiful park and with great views across Auckland from One Tree Hill. 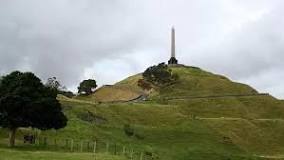 We also visited Albert Park, plenty of time to talk as we walked. The large flower ‘clock’ that always gave the correct time. 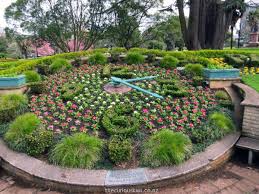 All too soon our short time together was over, and Maureen had to fly back to Melbourne.

At that time Auckland didn’t have aero-bridges to board the aircraft. One had to walk to the plane and hoped it wasn’t raining. 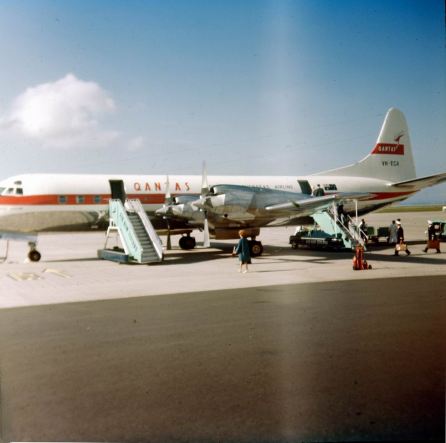 Maureen about to board her Qantas flight.

For those who are interested, the aircraft is Qantas’ first L-188C Electra (Lockheed), which arrived in Sydney in 1959 for the Qantas fleet.

After I left the sea I worked for TNT in Australia, and this aircraft was chartered by TNT to carry freight from Stansted to Cologne in 1994.
In 1998 the aircraft was sent to Coventry for a major overhaul, but was found to require too much work, which was uneconomical, so she was broken up for spares and completely scrapped in 2002.

In all Bankura was in Auckland for ten days, after which we sailed for Brisbane, followed by Singapore via the Great Barrier Reef, Port Swettenham, Penang and finally Calcutta.

In Calcutta, after discharging our cargo we went in to dry dock. 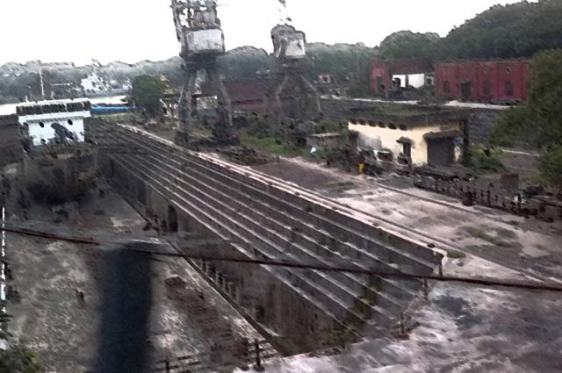 The above is a picture of Khidipore Dock, taken a few years ago – as you see there is a smallish vessel in the dock. 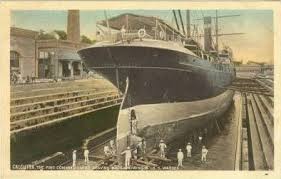 The above gives you a better idea of how Bankura would have looked – the ship above is not the Bankura.

We had four days in dry dock and various job were allocated by our captain – I was given the responsibility of about two hundred workers who were to scrape the ship’s hull below the waterline and remove all traces of sea life (barnacles etc) and seaweed.
The work went on twenty four hours a day, and the workers were ‘challenging’.

All our crew were Indians or Goanese, and I had great respect for them and their work ethic, but I must admit the labour supplied to clean & paint the ship were a very different type of Indian worker.
One of my biggest gripes was to make sure they didn’t steal everything that was not too heavy to move, or screwed down.
Paint brushes, tins of paint, cleaning tools and so on – I wouldn’t have minded if it wasn’t so obvious, but most of the labour only wore shorts or a small lungi (a type of sarong) and sandels, which had few places to hide a five gallon tin of paint!

It was an experience, and at the end of the four days I wasn’t really sure if I’d won or they had . . .

At least once the paint was dry we were able to flood the dock, so making sure that they didn’t steal the ship. 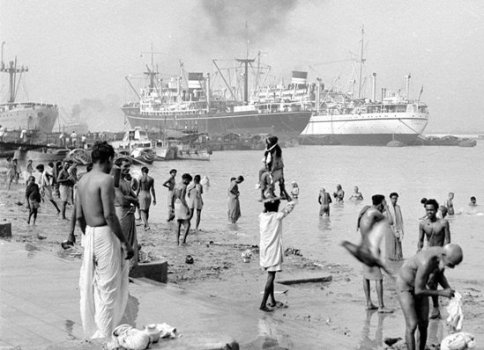 We moved out in to the river (the Hooghly)  to load cargo. The two ships in the photograph are British India Steam Nav. Co vessels, the same company as Bankura.
The white one is a liner and the other a cargo ship.

As you see the river is used for everything, and along the banks there were ghats.

A ghat is a set of steps that lead down to the river allowing people to either wash themselves, their clothes, or if the steps are in front of a temple for religious purposes. 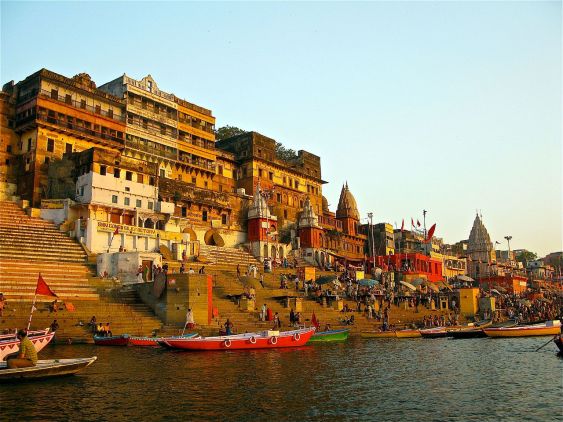 Ahilya Ghat by the Ganges. 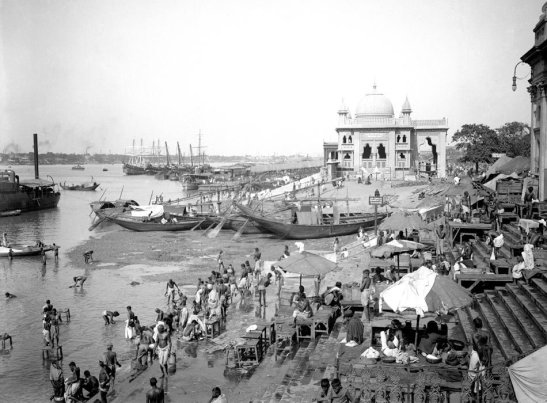 Taken about a hundred years ago, so little had changed by the time I visited Calcutta.

I enjoyed my time in India, having visited several cities including Calcutta, (now Kolkata) Bombay, (now Mumbai), Madras, (now Chennai), Cochin (now Kochi), Goa, Tuticorin and Bhavnagar (not sure if it was this name in the 60’s) in the State of Gujarat, and have always found the locals to be polite and friendly.
As a memory of India I have four original paintings of Cochin scenes hanging on my dining room wall. I watched the painter create them, which has added the pleasure of owning them.

Of course when I say I enjoyed India, I do not include my four days at the bottom of a dry dock in Calcutta as enjoyable :- o)

We moored in the river and loaded cargo and sailed for Chalna in East Pakistan.

We hove to so as to pick up the pilot for the passage up the Pussur River, but the pilot refused to come aboard unless he was met by an officer when stepping on to the deck.
Usually pilots were met by a cadet or a Sukunni (helmsman or senior crew member).
All pilots were shown to the bridge, but in many cases they made their own way because they knew the ship and the captain, and didn’t require an escort.
But this particular pilot had obviously remembered the days of the Raj and wanted a ‘piece’ of the old traditions.
He knew he would get his own way because time was money, and we had to cross the bar at high tide, so I was to meet and greet the great man.

Of course, we always tried to make our pilots welcome. Tea, sandwiches and cake would be waiting for him on the bridge.
Later a small present, in the form of a bottle, would be given to warm his evenings at the end of his piloting duties, just to show our gratitude for a safe trip. Everything was always very civilised and friendly, so to be held over a barrel on a point of etiquette was not the best way to make our Captain a friend of this pilot.

After loading cargo we sailed back down river, but this time with a different pilot and the atmosphere on the bridge was a lot warmer. It was to be Colombo in Ceylon, for Christmas.

Paddle steamer Chinsura  on the Pussur River, in 1966. (Picture off the internet)