We flew with KLM’s Boeing 777-300ER (ER = Extended range) from Buenos Aires to Santiago in Chile, so as to connect with the Qantas B 747 to Sydney.

All went well until we reached the Andes when I realised that I’d left my camera in the overhead bag, and I was sitting in the centre seat of three in economy.
If I asked the passenger next to me to move, so as to allow me to find my camera we’d have missed the Andes and more than likely on landing approach to Santiago, so I used Maureen’s phone. 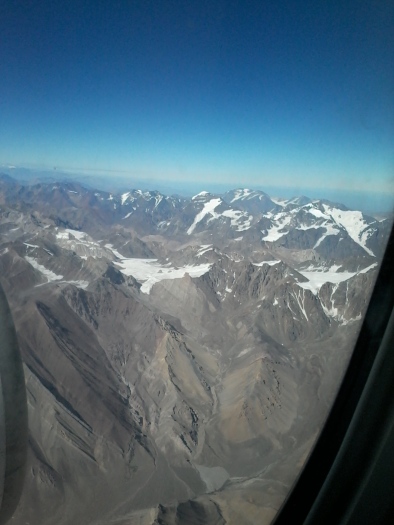 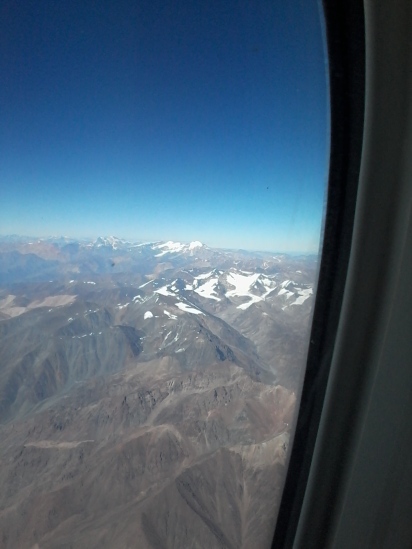 I clicked away like mad, but many are uninteresting so I’ve just picked five.

As a passenger looking out it was quite spectacular, as you can see we had a beautiful clear sky.

Santiago, Chile, we were in transit at the airport for two and a half hours. 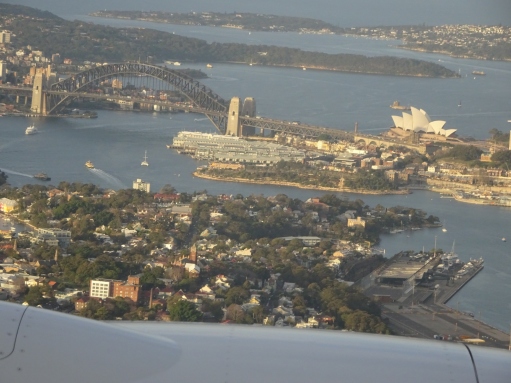 The flight from Santiago was fourteen hours, and after crossing the dateline into the following, day we arrived home.
I never get tired of photographing the view of Sydney harbour.