Sailing with two master mariners can come in handy if you are only a second mate. I left it to my two seniors hands to see if a bridge visit could be arranged for a short time during a sea day. They succeeded, and we received an invitation from the Captain to visit the holy of holies on board a ship in today’s troubled world.

The ship’s Master was Captain Carl Smith from the Isle of Man, which is located in the Irish sea between Northern Ireland and the Lake district, in England.
He’d been at sea since 1989 starting with Shell Tankers as a deck cadet, and moving in to cargo ships slowly moving up the ranks to Chief Officer after passing his Master’s ticket. He moved to passenger ships in 1999 and joined Azamara in 2007 and again worked his way up until he became Master of Azamara Journey in 2017, followed by Azamara Quest in 2018. 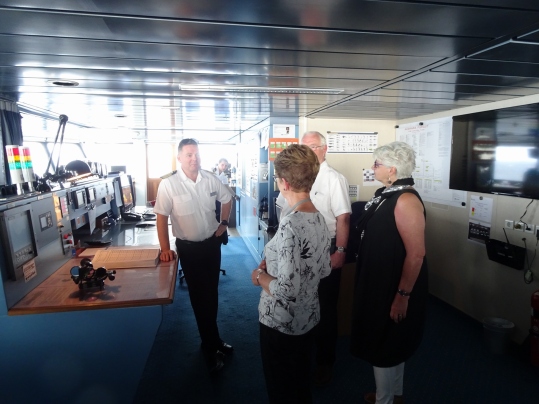 We thought it would be a quick in and out, but it wasn’t, Captain Smith was happy to chat about the difference in today’s sea going world compared to ours when we started in the early 1960’s.

Between us there must be close to 150 years of sea time – Captain Smith on the left, my New Zealand friend (Captain), yours truly, and my UK friend (Captain), the three of us first met in September 1960 at HMS Conway nautical training college. When we left Conway we joined different companies and it was years later before we met again. 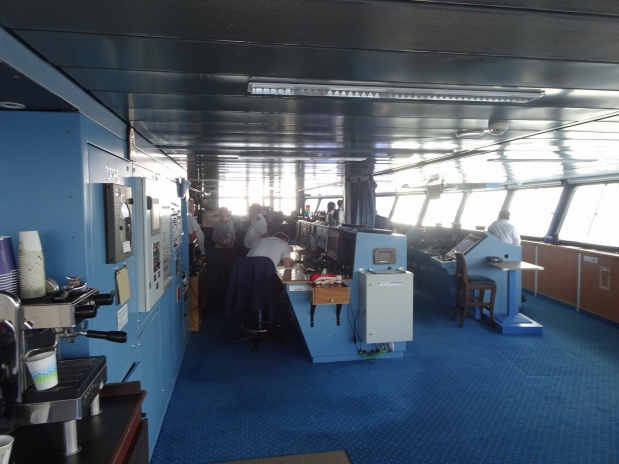 To say that I noticed the difference from my time at sea is an understatement. My two friends had been at sea all their lives and had experienced the gradual change, but for me it was an eye opener. 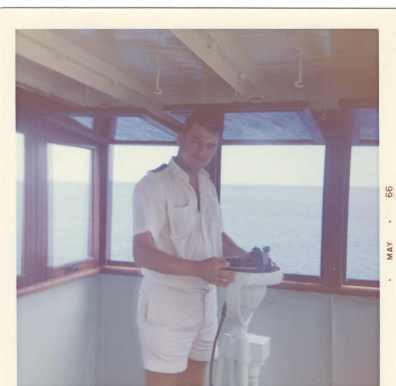 The height of technology when I was 3rd Mate in 1966 in LST Frederick Clover, was an azimuth mirror, and a very old radar set – luxury ! 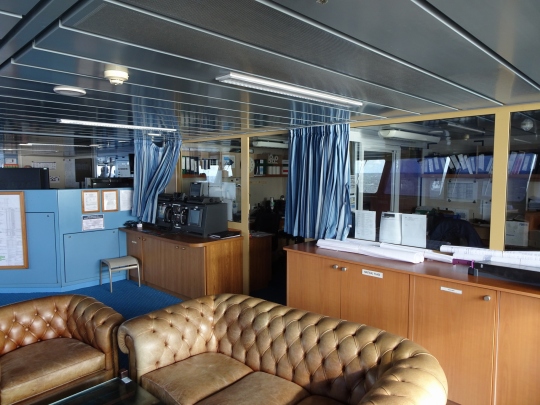 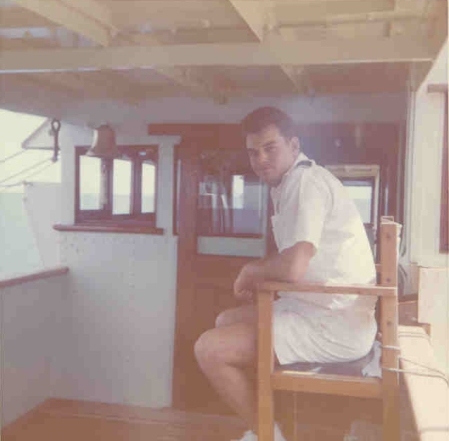 Same LST all mod cons – open bridge (what’s air conditioning) and note the H & S rope to stop my seat being washed overboard . . . well it wasn’t my seat, but the captain’s and I only got to sit in it when I knew he was not around – I used to like the ‘grave yard watch’ – mid-day to 4.00 pm and midnight to 4.00 am.
Most people used to sleep during those hours, so I had the place to myself.

The bridge was big enough to play indoor cricket.

They had enough electronic stuff to launch a satellite – we were also shown the screen that monitored the amount of chlorine in the fresh water – it had to be just right – I think the bridge monitor was a repeater from the engineering department. Every aspect of the ship was monitored from the bridge – there were alarms that sounded for anything that was not ‘right’.

If there wasn’t any movement of personnel, officer of the watch, lookout etc for a set number of minutes an alarm would go off, which was repeated I think in the captain’s cabin. A very big incentive not to fall asleep on the grave yard watch. . . . .

I think we were on the bridge for about an hour and a half and the time just flew, because the visit for me was so interesting and Captain Smith (aka as Captain Carl) was happy to chat and answer all our questions. Our wives in particular loved the experience, which gave them an idea of the life of their husbands. 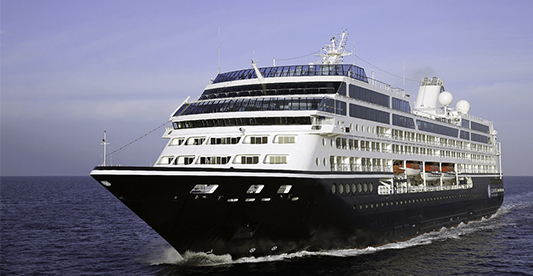 We had to cancel our movies under the stars, and compromised with a drive-in.