From our bedroom window we could see the top of San Cristóbal Hill and the white statue.

Our friends from the UK  had arrive while we were sight seeing via the Hop on Hop off bus, so during ‘Happy Hour’ in the Club Lounge we all decided to visit San Cristóbal Hill, the following day. The hill is 850 meters (2798 feet) above sea level.

The hill was named by the Spanish conquistadors for St Christopher, in recognition of its use as a landmark, the original indigenous name is Tupahue. The statue of the Virgin Mary is 14 meters (46 feet) tall on top of an 8.3 meter (27 feet)  pedestal, and the total weight is 36,600 kgs. (80,689 lbs).

We spoke to the travel desk of the Crown Plaza and they advised taking a taxi to the cable car station for the ride to the top, and to return via the funicular railway. Our Hop on Hop off tickets were for two days and gave us access to both the cable car & the train service.

Because the UK couple didn’t have the Hop on Hop off tickets we all shared a taxi to the cable car station, this cost us USD $3 / couple, and when we reached the cable car ticket office our UK friends claimed a ‘seniors’ ticket (which we all could have claimed) and their ticket was a lot less than the extra that we paid the previous day as part of the hop on hop off ticket! We live and learn . . .

The city morning haze had not yet burned off . .

The haze was clearing . .

If you feel energetic you can walk up to the top, which will take you about 45 minutes, and requires 300 meters (985 feet) of elevation, or you can drive up if you have a vehicle – there is a parking fee when you reach the top.

Near the base of the statue was a small church  . . 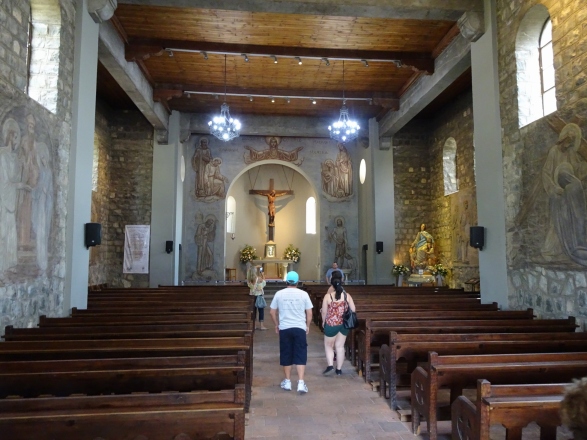 Inside the small church.

A panoramic view of Santiago.

The statue that we come to see. 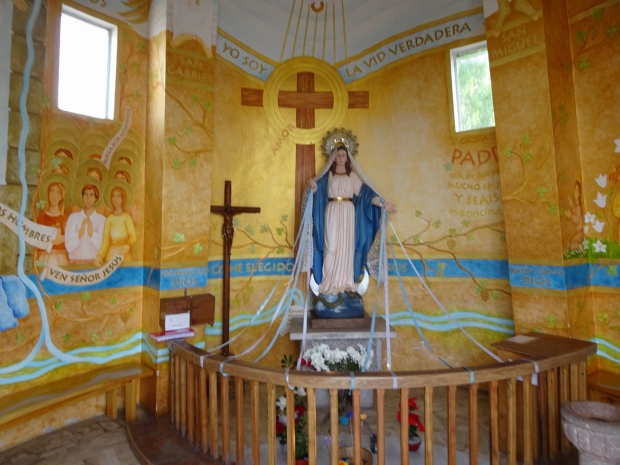 The images inside the pedestal of the statue – I read that Pope John Paul II prayed in here, and later blessed the city of Santiago on April 1, 1987. 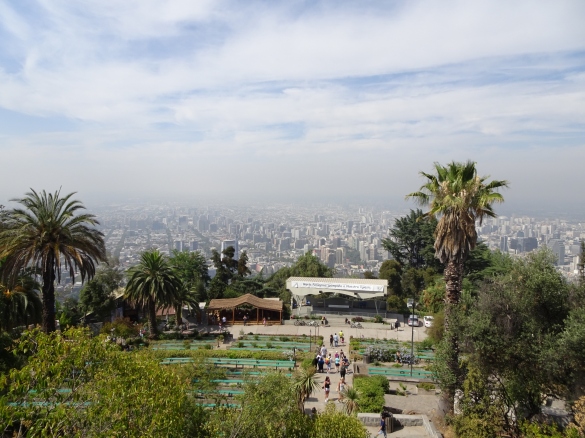 Below the statue there is an amphitheater, which is used for various religious ceremonies. On the right of the white roofed stage, in the above picture, is the entrance to the funicular railway. 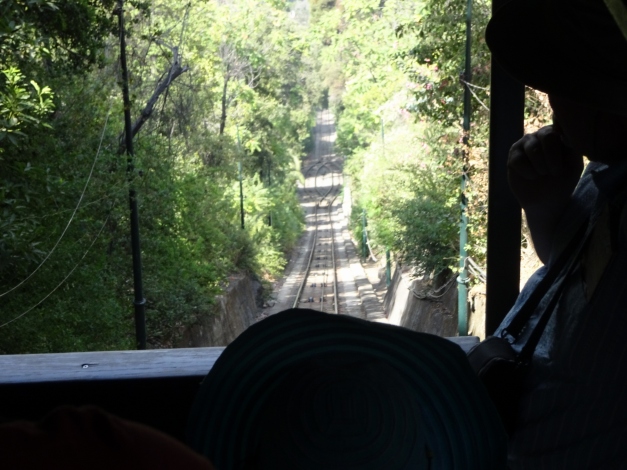 The funicular railways has been running since 1925 –

the angle of drop is 45 degrees. 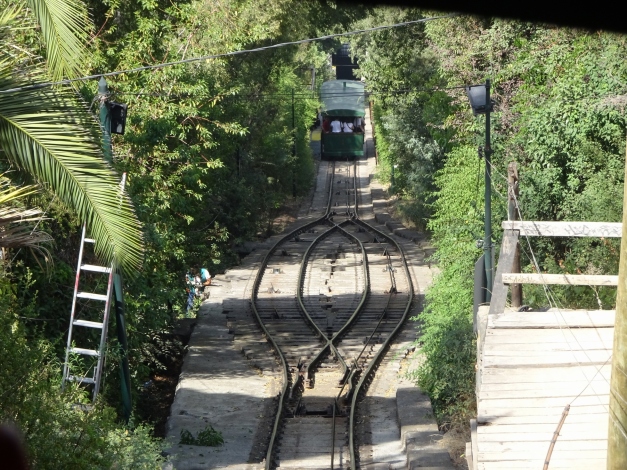 It reminded me of the Peak Railway in Penang, Malaysia, and also in Hong Kong. 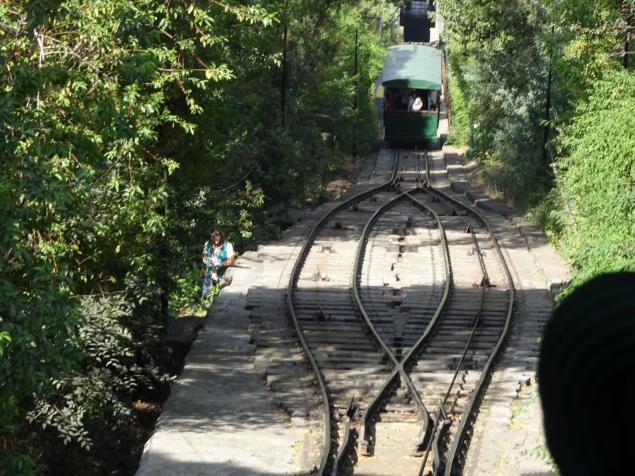 Both trains stopped as if it was a Mexican stand-off – who goes first? 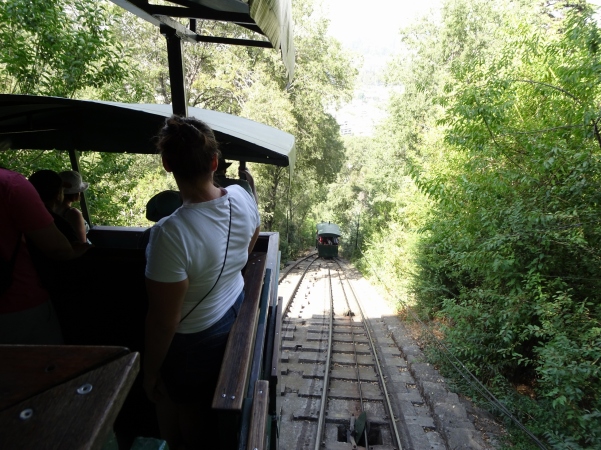 We both began to move at the same time . .  pride has been satisfied

Trains that pass in the day . .

All clear . . . the above is the rear of the upward bound train.

At the foot of the hill the train station is at the Bellavista area, which is classed as the Bohemia of Santiago. In this area are many restaurants, bars, theaters, galleries & clubs, as well as handicraft and clothing shops. When we walked through the area it was late morning and very few outlets were open.

We crossed the bridge, which would take us back towards our hotel, and noticed that the railings were covered in ‘love locks’.

The next section changed to blue locks . . .

We found our way back to Plaza Baquedano and time for lunch and we thought we’d give Blasco’s a try. It was a mix of bar and restaurant.

We were shown to the basement, which was the dining area. The waitress’ were friendly and tried their best to understand our limited Spanish, but it was all good fun.
We were offered menus in English, which gave us a choice of a decent number of local dishes. Maureen managed to get across that she required a gluten free meal, which was speedily created.
A happy memorable meal, after which it was back to the hotel to pack for our trip to the port tomorrow to join our cruise – plus we didn’t want to be late for Happy Hour this evening . . .