It was a short voyage from Istanbul to Piraeus, which is the port for Athens.  Once again I took advantage of the student tours and walked around the Parthenon overlooking Athens. 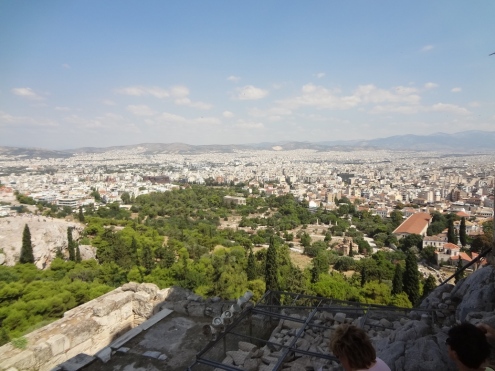 I took this photograph of Athens in 2015, the Parthenon was behind me.

Visiting the Parthenon was nowhere near as crowded in 1965 as it was in 2015, when Maureen & 1 and two friends visited. 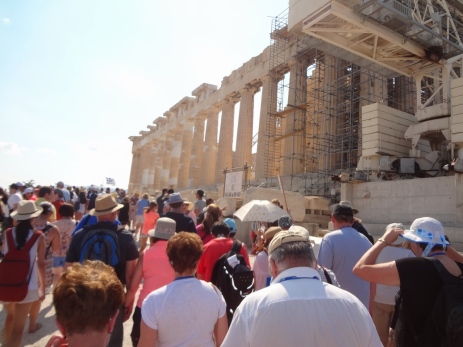 How long will it be before the ruins have been worn away?

A very interesting day with the students, and once again far less crowded than I experienced in 2015 ! The above photograph was taken in 2015.

From Naples our next port was Cagliari in Sardinia.  It was Palm Sunday, and the place was very, very quiet.

I decide to go for a swim on Poetto beach, which was a beautiful beach of fine white sand, backed by white sand hills. 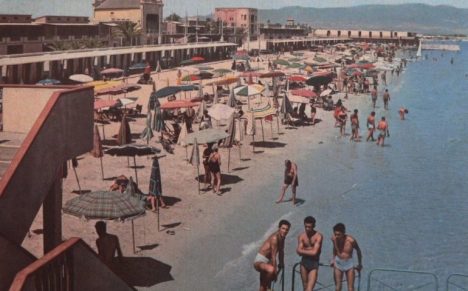 Part of the beach area – found this on the internet, which was taken in 1965.

I wonder if anyone else remembers this beach in 1965? Due to the removal of the cassoti (beach huts) in the 1980’s from the beach, and the failure to stop sand erosion, the beach had to be rebuilt using sand from dredgers.

The problem was that the new sand was not the fine white sand of old, but different coloured sand. I believe they are having the same erosion problems today and the ‘new’ sand is being washed away. 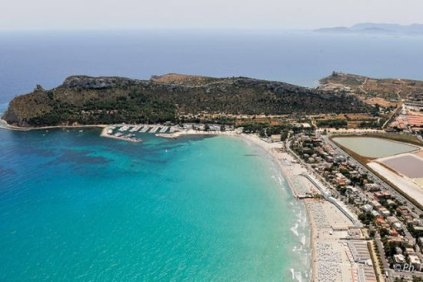 The beach today showing the encroaching cafes etc – downloaded from the internet.

After my swim I felt peckish and decided to buy a ham roll as I walked back to the wharf to re-join the ship.
I purchased my ‘lunch’ from a shop with a window full of different meats and bread sticks & rolls. My Italian was nil and the shop assistant’s English was as fluent as my Italian. I mimed and asked for a ham roll pointing at what I thought looked like ham. He handed me a dry bread roll with thin meat in it, all wrapped in paper. One bite and I realised it was not ham, but prosciutto. At that time, I had not yet come to appreciate this type of dry-cured meat.
While walking along the street from the beach I had been ‘adopted’ by a dog that wouldn’t leave me alone, so I thought why not give him the meat? It’d save it going to waste, because I didn’t like the taste of the meat, or the dry roll.
The dog sniffed the meat and bread & refused to eat any of my lunch. He looked at me, turned and trotted back towards the beach. Obviously, the dog had better taste than I did.

I arrived back on board to find a pile of mail waiting for me – I’d forgotten it was my birthday, and I had a number of cards from the UK wishing me Happy birthday for my 21st.

We sailed at 11.30 pm and three days later we sighted Gibraltar. This time I was going to make sure that I would have a look around.
I did manage to get ashore and check out the ‘Rock’, but would have liked longer; we sailed at midnight.

Gibraltar, captured from the Spanish in 1704, by Anglo – Dutch forces.

Two days later we arrived in Vigo, after a rolling trip from the Atlantic swells as we sailed along the coast of Portugal. The ship’s movement kept most of the younger students very quiet.
We were only in Vigo, which is on the northwest coast of Spain, for a short stay.
Our next port of call was our last for this trip.

Southampton and the chat, yet to happen, with a certain father in Christchurch about his daughter’s visit in Istanbul.

We were alongside in Southampton by 8.00 am and wished everyone who was leaving a safe journey home – many of the students were in tears as they left the ship.

On the internet there are web pages created by ex-students, who have now reached retirement age, and their experience of the Dunera or one of the other school ships,  made such an impression that it stayed with them all their lives.

A later cruise in MV Uganda the link is a short five minute ‘we remember when’ of people who experienced a school ship cruise aboard M/V Uganda.

Above is M/V Uganda during her school ship period.

Dunera as a school ship is just over a minute, but it will give you an idea.

Each dormitory had a badge and a name, this one was Sir Edward Pellew 1757 – 1833, a very famous sea officer during the Napoleonic wars. 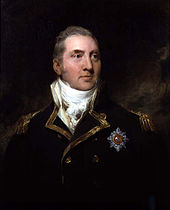 The following day we were welcoming a new group of students, as we prepared to sail at 3.00 pm for Spain, starting with life jacket drill. . . . .