The last time I visited the Baltic area was in 1965 when I was a cadet in the BI ship Dunera, which at the time was a school ship. This time Leningrad was no more, and St Petersburg had been resurrected.

We considered flying with Garuda International, who had just gained a five star rating, but after various checks in to the logistics of the trip we decided to fly with Singapore Airlines. A little more expensive, but their reputation for service trumped the extra cost, plus in a few months time we will be celebrating our Golden Wedding – try this version in Sydney.

For those who prefer the original by Woody Herman, which was recorded in 1941, Oh! those drums.

I booked us to fly 03rd July from Sydney to Singapore, daylight flight, stay overnight at an airport hotel and fly daylight to London. The ship would sail from Southampton.

The booking was for business class, after all at our age our holidays may come to a halt due to our health, because various bits are already failing.

We checked-in and within a short time we were in the business class lounge. 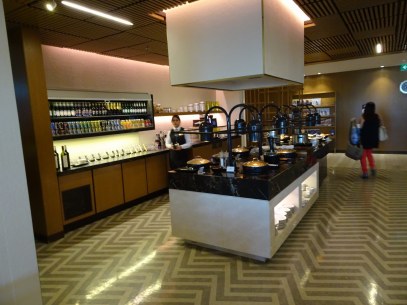 The flight had a schedule departure of 11.00am, which required Maureen and I to be at the airport at 8.00 am, which meant that we had to be picked up from home at 7.00 am, and up and about around 5.00 am. I was tired out before the holiday had started.

We knew that the lounge would be in breakfast mode, so along with a small glass of  Champagne and a bowl of muesli (for health reasons of course) our holiday began.

We had a window seat in the lounge, which allowed us to watch the early morning airport landings and take-offs. 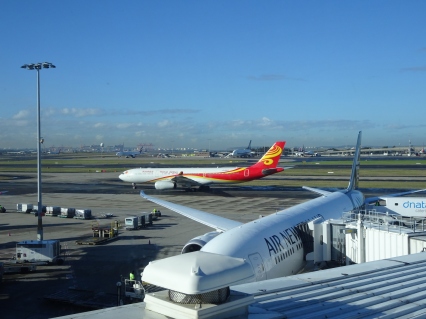 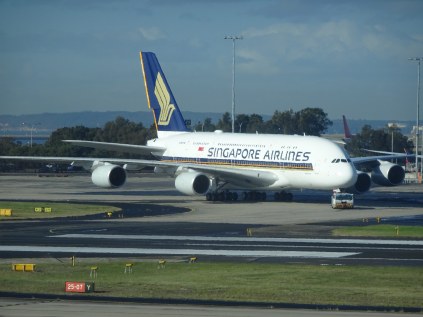 In the maintenance area we’d spotted an SQ A380 and thought that this might be our aircraft – we were correct as an hour and a half before departure we watched it being towed to the passenger area. 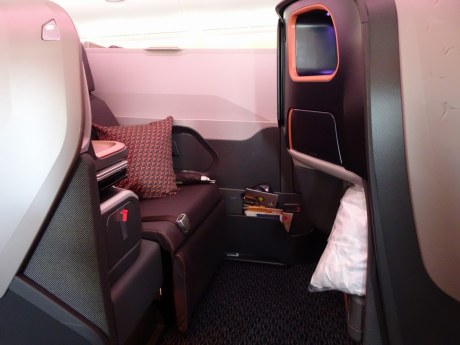 We were fortunate that the 11.00 am departure aircraft had all the new seats that SQ had designed and were slowly installing in all of their aircraft. Heaps of room, entertainment system was very easy to use – easier than the next leg, which had the older seating.

We left on time and queued with others for the runway.

As we raced down the runway the air, as it rushed over the wing, could be seen. I’m sure someone will send me an explanation of what is happening – please make it simple . .

Goodbye Sydney – not a very good shot, but the best I could get without it blurring.

We both like window seats, and as they are single seats I sat behind Maureen.

The centre seats have the ability pull up a ‘wall’ so that both passengers can have privacy. You can just see the top of one ‘wall’ behind the seat on the right. The ‘wall’ can be dropped if you are travelling with a spouse or friend. 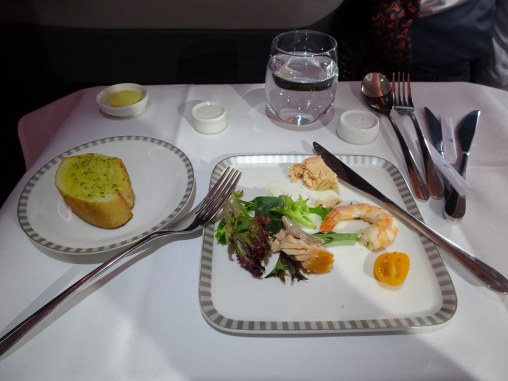 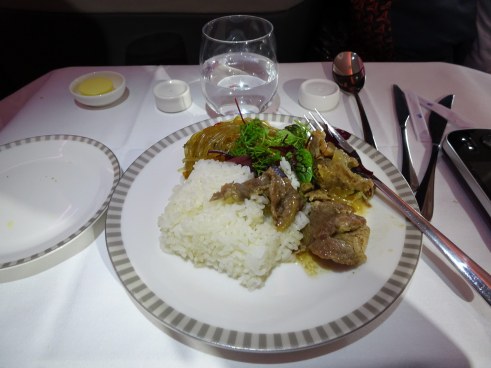 Main course – beef in Thai red curry, not as good as I expected. 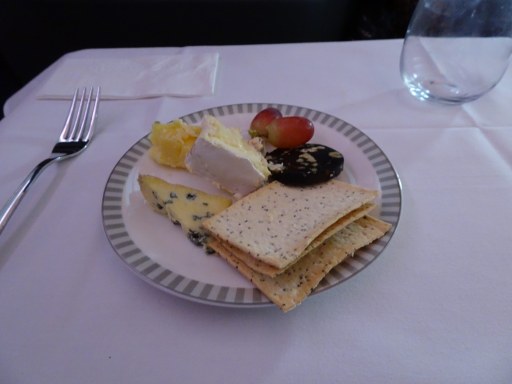 End the meal with a glass of red and a little cheese – I was glad that I hadn’t pigged out in the lounge. 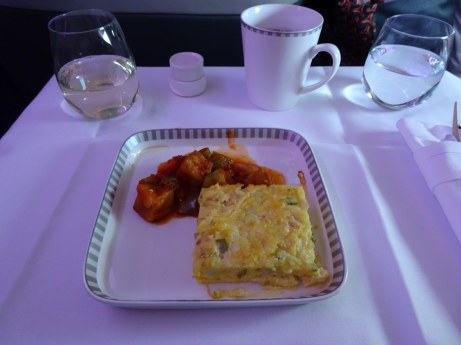 A light snack and a glass of wine a couple of hours before landing in Singapore. 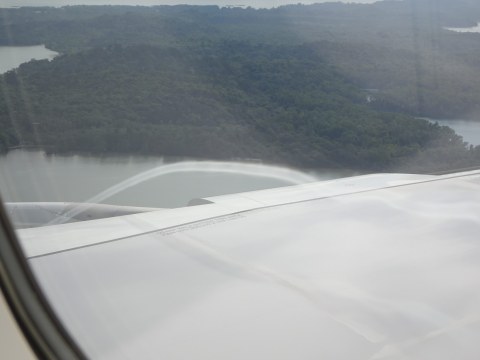 Coming in to land at Singapore – and the crest of air is back . . .
at least it wasn’t On a Wing and a Prayer.

9 thoughts on “Celebrity Silhouette to the Baltic”