Our winter has just started – everyone tells me it will end on the 1st September, but I still believe it is the 21st Sept (Equinox), but regardless it is still cold at the moment.
During the last couple of months my thoughts have been considering how best to avoid at least a month of winter.
Obviously, where ever we go must be in the northern hemisphere, preferably for the month of June & July, but as two months will be too expensive it must be one or the other. At least August is shaking off winter so one starts to look forward to the warmer weather. 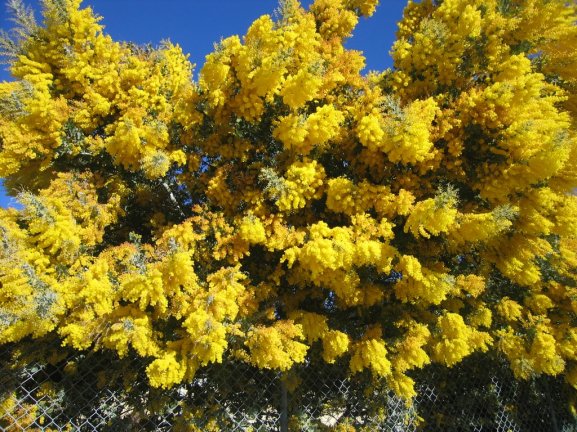 We know when spring has arrived in Sydney because of the abundance of flowering wattle. The 1st September is National Wattle Day, to celebrate the national flower of Australia, perhaps this is why Australia considers the 1st September to be Spring.

There are other things to consider when booking a holiday – the monsoon seasons in Asia. The southwest monsoon is July through to September, so India is not a consideration.
Having experienced the heat of the Persian Gulf during my time when I was at sea, a visit to Dubai or Abu Dhabi in June, July or August is also out. An outside temperature of 44 c (111 f) does not make for a pleasant stroll outside, even if the bus stops are air conditioned, as they are in Dubai.

High humidity and heavy evening rain in certain Asian countries caused me to turn to Europe, and perhaps the UK.
Getting to Europe requires further consideration, because if we use a Middle Eastern airline, will they still serve wine during Ramadan, so when is / was Ramadan?
This year it was from the 15th May to the 14th June so if we travel in July, Ramadan will not be a consideration.
A couple of years ago we did travel during Ramadan, with a Middle Eastern airline, and Ramadan was during our homeward leg. During the outward journey the cabin crew would walk up and down the aisle with a bottle of red wine in one hand and a bottle of white in the other and top up passenger’s wine glasses.
On the homeward trip, which was during Ramadan, your empty glass was removed and refilled in the galley. A slightly odd compromise I thought, considering that the faithful don’t drink alcohol.
I mention religion, because I have been caught out a few times, and not just with Ramadan, but also holy days, when all bars are closed and the serving of alcohol even in top hotels is forbidden. This has happened also on Buddhist holy days, and the phases of the moon in one country that forbids alcohol one day a month, due to the full moon.

If you are passing through, or just overnighting, various restrictions can be inconvenient for those of us who like a glass of wine with our meals. If a religious period carries on over several days then these restrictions might compromise or even spoil your holiday. So being aware of holy days / holy weekends etc when booking your holidays is a ‘must’.

Taking all in to account it was decided that we will cruise from Southampton to the Baltic in Celebrity Silhouette. Maureen hasn’t been to this part of the world and it will be over fifty years since I sailed in the Baltic during my time as a British India Steam Navigation Company cadet in Dunera, when she was a school ship. 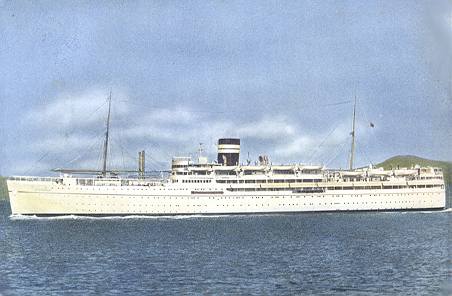 As a school ship she carried hundreds of school children to various ports around Europe. The children had daily lessons about the port / country that they would visit, and afterwards they had to write essays about their experience.
The school ship concept was started by BISNC in the 1930’s, and reinitiated in the early 1960’s using converted troop ships, after the British government started flying troops to British possessions rather than sending the troops by sea. The project was a huge success with school children, and young adults when the ship was charted by organisations in various other countries. I can remember one cruise when some of the ‘school children’ where older than me. It was a Swiss charter for seventeen to twenty-year-old students.

The cruise in the Celebrity Silhouette will be a ‘I remember when for me’ and hopefully enjoyable for Maureen. 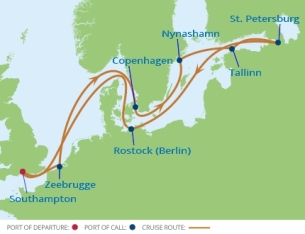 Nynashamn is about 45 minutes drive outside Stockholm, and the last time I was in the Baltic, St Petersburg was called Leningrad, and Leonid Ilyich Brezhnev was First Secretary of the Central Committee of the Communist Party, and later became General Secretary.

Now that we have decided to take the trip, which airline should we use?
Qantas, the Australian airline, is too expensive, and when returning they have night flights which we hate.

Up until recently Qantas’ partner on the Kangaroo route to the UK was Emirates,

which would require a transit stop in Dubai. We flew with Emirates last year and it worked out well, but this year the ticket cost is much more expensive, plus the night flight syndrome.
I did see a special offer of flying with Finnair, who don’t currently fly in to Australia.

The last time we flew with Finnair was out of Bangkok to Venice via Helsinki. The flight and cabin service were very good, so if the price was right we wouldn’t have any complaints.
Finnair flies out of Singapore, Hong Kong and Bangkok. Getting to any of the transit stops using Finnair’s relationship with either Qantas (via Bangkok), Cathay Pacific (via Hong Kong), or Qantas (via Singapore) can involve a night flight on the way / from London.
I did find a cheaper rate via Cathay Pacific over Hong Kong, but the return flight from Hong Kong to Sydney was a night flight.
After a considerable amount of research to find the best combination of daylight flights, seating, price, acceptable airline, and arriving a few days before the cruise, which I like to do just in case the airline mishandles our bags, I ended up choosing Garuda.

The last time I flew with Garuda was in the 1980’s so using them today would be new experience.

A few years ago, I would never have considered this airline because ten years ago they were banned from flying in European air space. Since 2007 their reputation has slowly recovered, and now they are one of only ten airlines in the world classed as a five-star airline – the list (in alphabetical order) are

All Nippon Airlines (aka ANA) – Japanese

You’ll notice that the African, American, South American, Australian, and New Zealand airlines are missing off the five-star list, and only one European airline has been included. The star rating is voted by passengers.

Our plan was to fly Sydney to Jakarta – daylight of course, sleep overnight near Jakarta airport and fly daylight to London or Amsterdam. The best flight as far as I could see was the London bound flight even though it was more expensive than flying in to Amsterdam. Flying from Amsterdam to London would increase the overall cost above flying direct in to London.
Just before I was about to buy the tickets I read that the authorities had arrested twenty-five baggage handlers at Jakarta airport for theft of the contents of passenger’s bags at the airport. As our bags would be staying overnight at the airport this was a concern.
Later I logged on to Trip Advisor and used the forum area to find out about attractions in and around Jakarta if we were to stay for three days during our return journey.
The one thing that stood out on the forum was that Jakarta seemed to be grid-locked with traffic, plus we should be aware of possible bombings.

Unfortunately, five-star Garuda lost my interest, through no fault of the airline. I decided to find an alternative airline.

A few days later I came across a special offer with Singapore Airlines – a little more expensive than Garuda, but daylight flights all the way to / from London.
Daylight Sydney to Singapore – overnight at a local hotel – daylight to London. For the return journey 9.35 am departing London for maximum daylight time to Singapore, fly all day (13.25 hours) and put our clocks forward seven hours to arrive Singapore at 5.30 am local time. We would have a ninety minute transit and depart Singapore for Sydney at 07.10 am. Another daylight flight, which is just what we wanted.

In five days time, on Thursday, it will be the northern summer solstice, which means it is our winter solstice and on Friday the sun starts its journey back to where it belongs, shining over Australia.