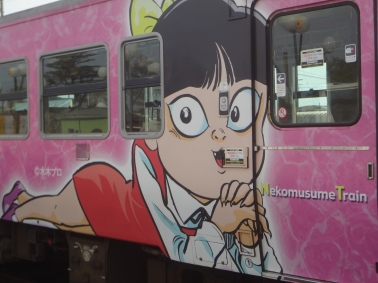 Shigeru Mizuki is a Japanese Manga author who was born in 1922 and lived in Sakaminato.

When he was a child he was a prodigy and during his time in primary school his skill with a pencil was so good that one of his teachers arranged an exhibition of his work.

When he left school he worked for a newspaper as an artist.

In 1942 he was drafted in to the army and was sent to New Britain, which is an island off Papua New Guinea. 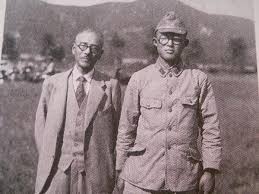 Shigeru Mizuki was wounded and lost his left arm. As the last man standing in his unit he was ordered to die, which he considered a ridiculous order.
While in hospital the local tribes people befriended him and offered him a home and citizenship via marriage. He considered the idea, but didn’t take up the offer and returned to Japan.
He had various jobs after the war but kept up his drawings and stories. He worked as a kamishibai artist, which is a street artist and entertainer.

The artist creates his own pictures and tells the story around the pictures – he changes the pictures as the story progresses. The above is NOT Shigeru Mizuki
In 1957 he released his debut work Rokettoman.

He published other works which always focused on peace, and the characters that he created only came out during peace time.

He also produced a Manga biography of Adolf Hitler. I don’t think the Nazi party would have been pleased.

Shigeru Mizuki died in a Tokyo hospital in 2015 from heart failure.
His boyhood town Sakaminato, honoured him by naming a street after the characters that he created. Along the street are one hundred small statues of his super natural characters on both sides of the street.

During our tour of Sakaminato we were shown a train that carried some of his characters. Also see the first two pictures of this blog.

When our guide spoke of the characters I had the feeling that she considered them to be real – she was so passionate about them and the stories in which they took part. We were regaled with some of the stories and the background of the characters.
Only being aware of manga cartoon characters, but I haven’t ‘read’ any of the books or even opened one,  and based on various comments from other passengers I doubt that any one else had read or seen the characters of manga. 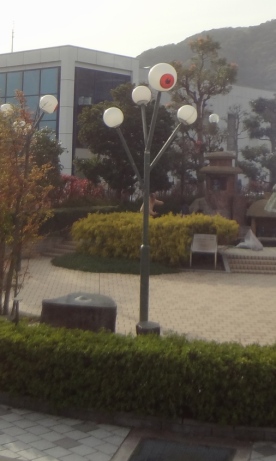 Even the street lighting in a small park that we passed had a ‘manga’ eyes.

The side of a toilet block was pressed in to service. 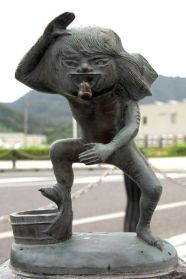 Just some of the characters along the ‘memorial’ street, but I don’t know their names.