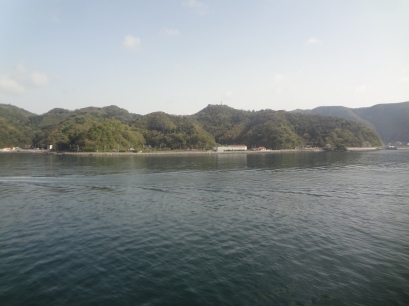 Arriving at Sakaiminato on the west coast of Japan.

We arrived at 7.30 am, after an over night cruise from Busan in S. Korea
Maureen and I had booked a ship’s tour that included a walk around a garden. We didn’t have any idea what type of garden.
But first we were taken by coach to a sweet making factory (lollies in Oz, candy in the US), where we could watch the making and packing of the products as well as sampling various items in the factory shop. 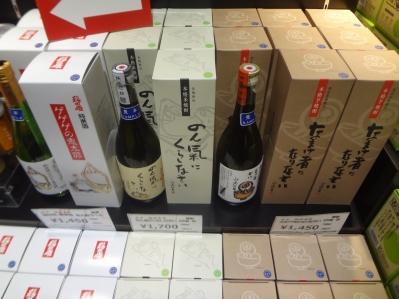 Should we buy these as presents or . . . 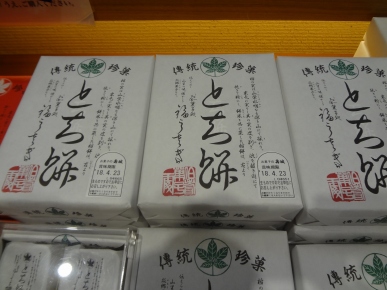 or should we buy these ???  living in Australia all edible items have to be declared to quarantine, even those which have been manufactured.

or how about these ??

The sales staff could speak some English, but the best part was that we could try any or all of the products before buying. 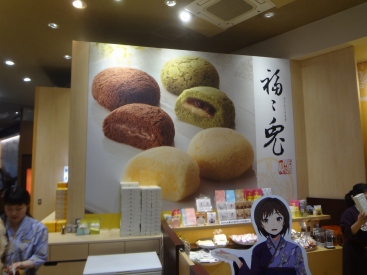 The items in the above picture were quite pleasant, like a cross between a cake and a biscuit, with a different type of filling for each. Obviously the brown ones were chocolate, and I think the green one was either seaweed or green tea. 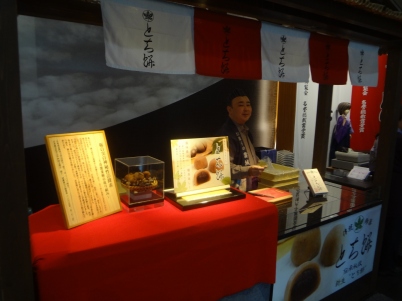 Can’t remember what this stall was pushing but it tasted quite pleasant. All the packaging was ‘just so’ nothing out of place. 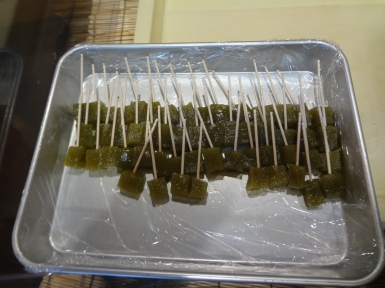 From memory the green stuff on sticks was either green tea jelly or seaweed jelly, wasn’t unpleasant, but due to our quarantine and the problem of crushing the present in transit we declined to buy, but only taste.
In the end we did buy a small package as a taster for some friends and hoped that we could get it back ‘crushed free’.

Our next stop was to be the gardens, but on the way we had to pass Oni (鬼) are a kind of yōkai, which is a supernatural ogre, or a Scandinavian type troll, but Oni is a part of Japanese folklore.

Shortly after passing the Troll we arrived at the garden.
The garden was designed in conjunction with a Dutch designer.

The spring flowers were magnificent, and I couldn’t stop clicking. 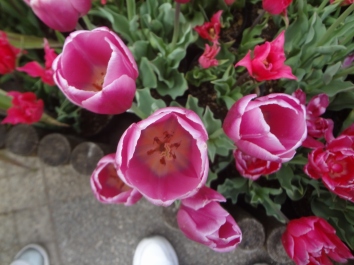 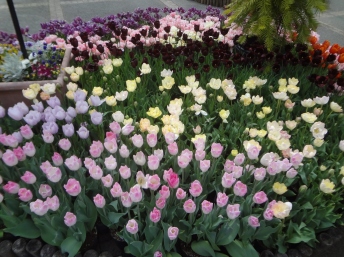 The walk way to the Domed hot house.

The whole garden reminded me of the waterside garden in Singapore. 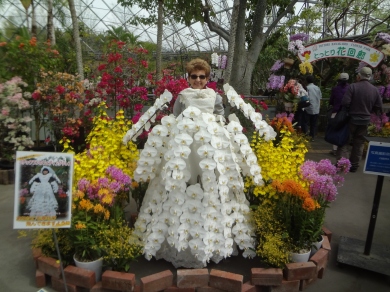 It was very pleasantly warm in the orchid house. Maureen wrapped in flowers.

Everywhere we looked there was colour. 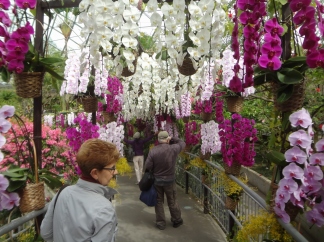 Even a small waterfall.

Told you I couldn’t stop clicking. 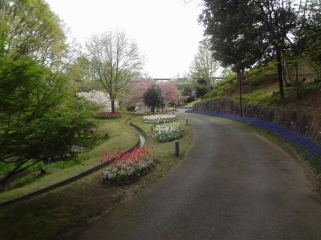 Maureen stayed in the hot house and I took a stroll around the outside garden. I took the above picture because it reminded me of a certain part of Birkenhead Park, (which was the first municipal park in the world), on Merseyside, UK.

The cherry tree was free of crowds. 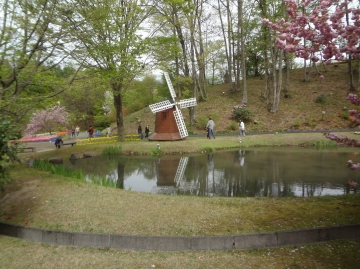 The influence of the Dutch was everywhere, even down to a windmill :-o)

Floating gardens containing young plants – the train was available for carrying people around the gardens, which also contained a large herb garden, and a flower clock.

The hands of the clock are garden pitch forks – red & blue.