I took the above picture of Diamond Princess at anchor off Nha Trang, which is in Vietnam.
Maureen and I boarded Diamond Princess in Sydney, in mid-March, for a twenty-two-day cruise to Japan.

The Diamond was positioning to Japan, to be based in Yokohama for the northern summer cruising season. 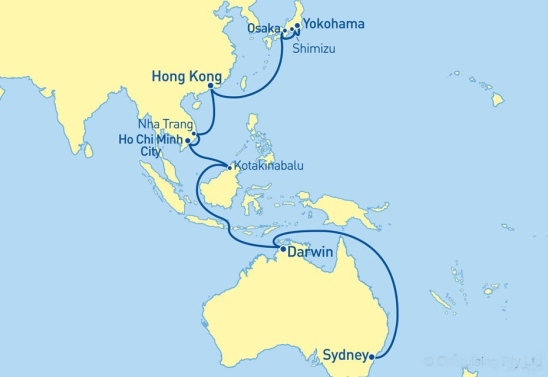 Our ports of call would be Darwin (northern Australia), Kota Kinabalu (née Jesselton ) in Sabah, Malaysia, Phu My (Vietnam), which is the nearest port to Ho Chi Minh (Saigon) for such a large vessel. The road trip from the port to Ho Chi Minh is about 90 minutes.
Our next port was Nha Trang, still in Vietnam, and again we were too large to go alongside so we anchored off and went ashore by tender.
Hong Kong followed, and then it was Osaka, Shimizu (Japan), and finally Yokohama (for Tokyo).
We’d sailed in the Diamond Princess two years earlier from Sydney to Singapore, so we were looking forward to a similar great experience as we made our way to Japan.
The price was right for us to upgrade to a mini-suite, our first time for this type of cabin. Nothing is ever called by its real name any more, so on the ship our cabin was referred to as our ‘stateroom’. 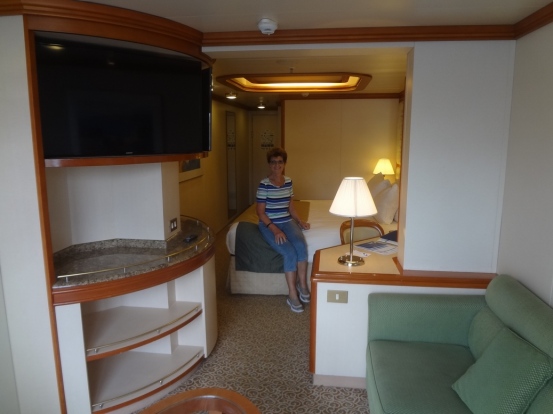 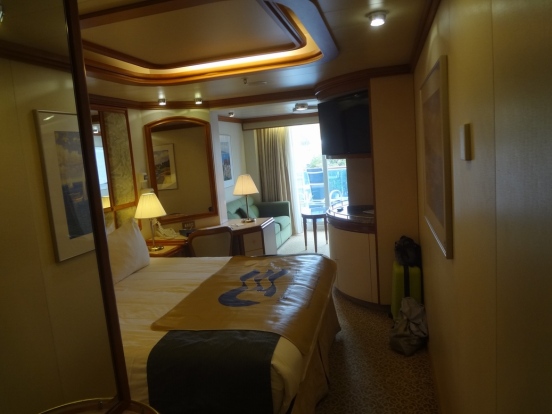 Two televisions, one to watch in bed and the other from the settee. You could have different channels if you wished. Plenty of storage space for hanging clothes, and enough shelves for other items. The hanging space was large enough for us to stow our suitcases without interfering with our hanging clothes. We also had a safe. 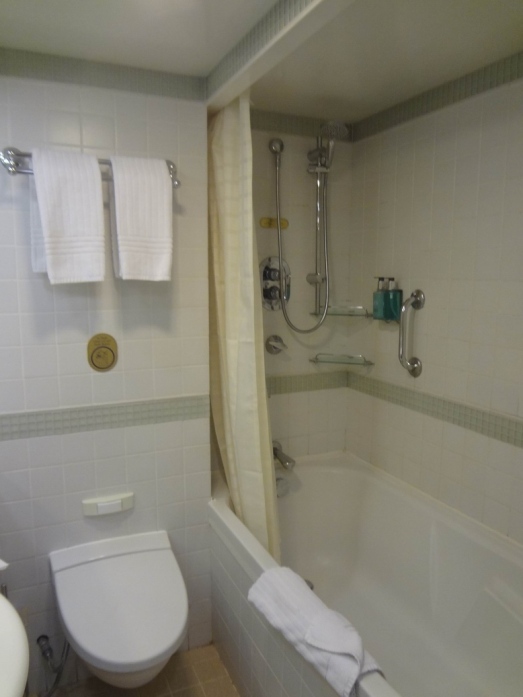 Plenty of room in the bathroom, or to use a naval expression – the Heads. 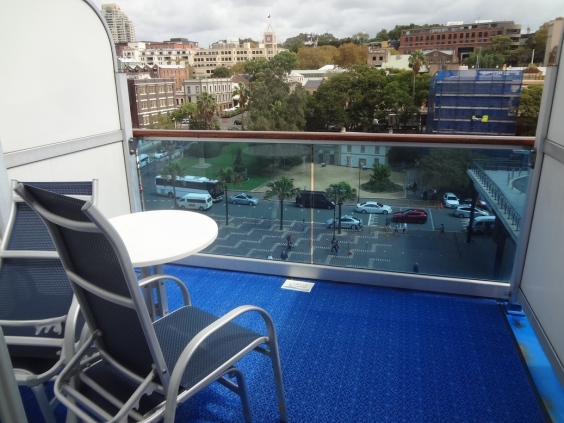 We had a good size balcony; the picture doesn’t do it justice.

The shore side that can be seen in the above picture is part of Circular Quay, Sydney.
Our departure from Sydney began at 4.00 pm on the 22nd March, and as we sailed down the harbour to the ocean, we were followed by a P & O vessel, which used to be the Dawn Princess when Maureen and I sailed in her during a New Zealand destination cruise last year. The Dawn Princess was passed over to P & O Australia and renamed Pacific Explorer. 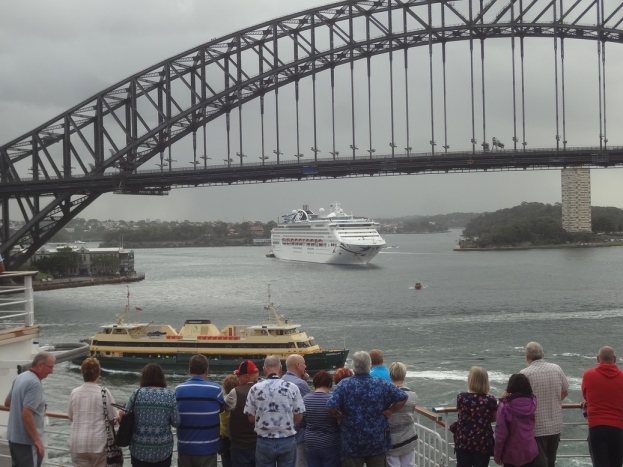 You can see everyone is ‘rugged up’ for our departure, yet a few days later the temperature in Sydney was in the mid 30’s c. 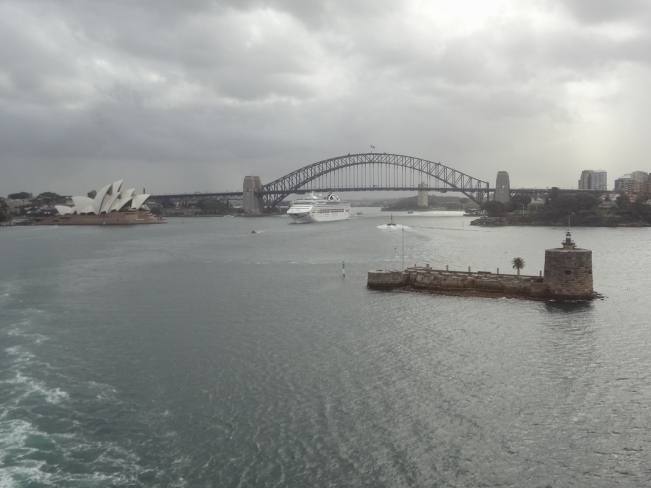 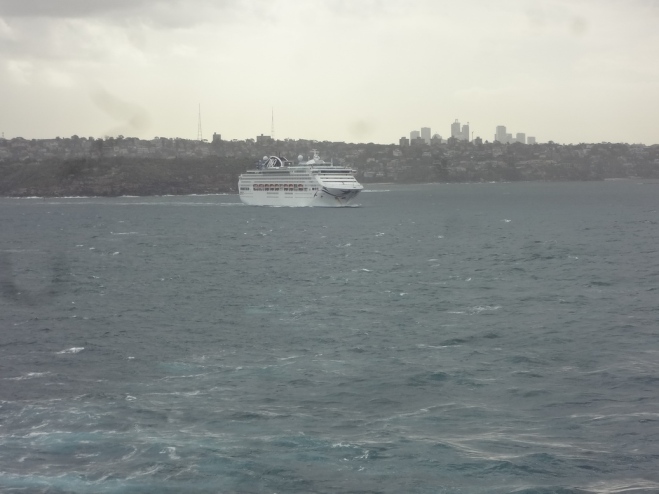 Pacific Explorer as our consort. 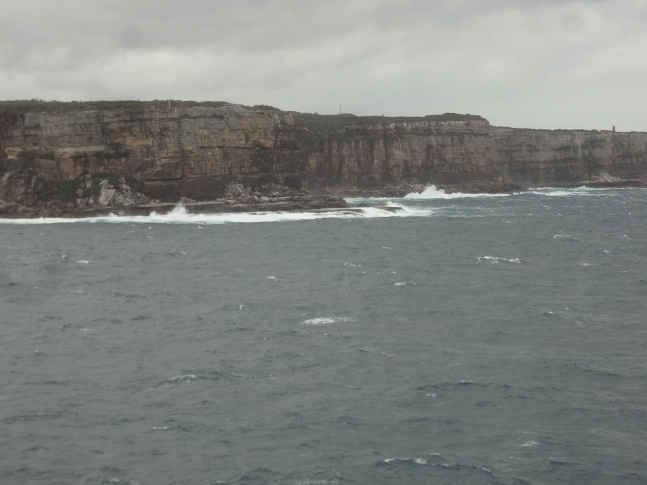 Passing out of Sydney Harbour (North Head shown above), as we enter the Pacific Ocean. 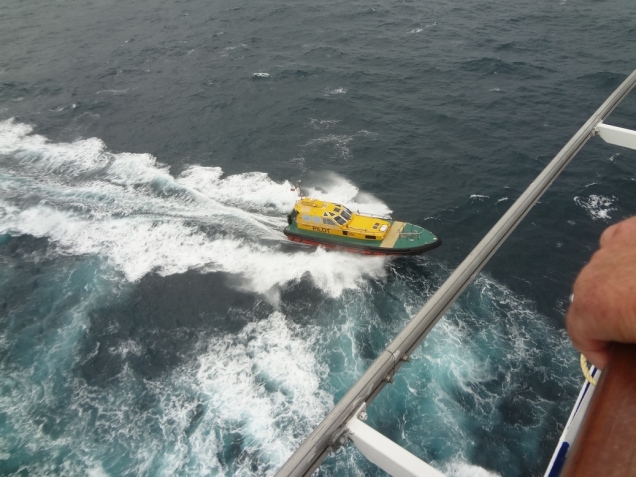 The pilot boat coming alongside to ferry the pilot back home to Sydney. 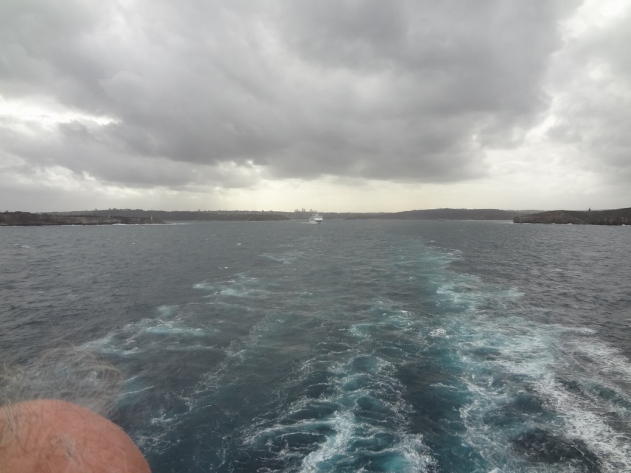 Full ahead and we leave the Pacific Explorer in our wake.

The following day we met another Princess vessel, the Sea Princess, which was offering short four night cruises from Sydney as ‘tasters’. 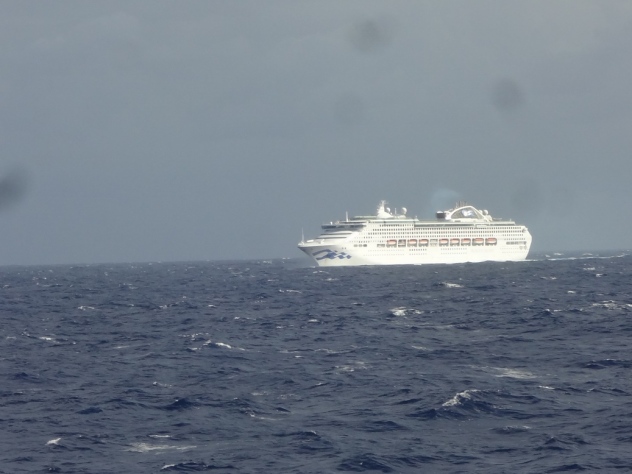 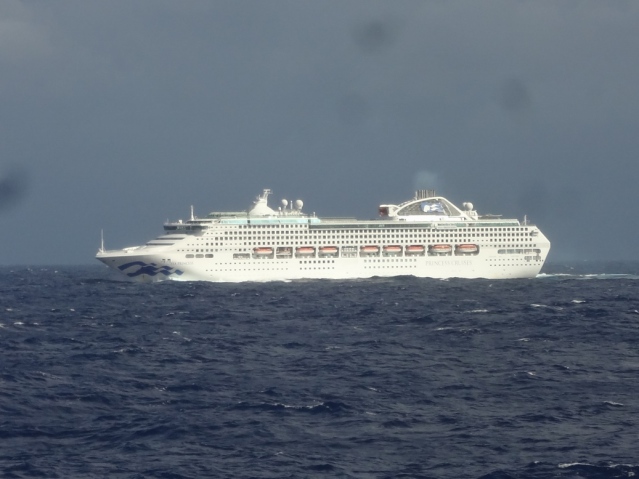 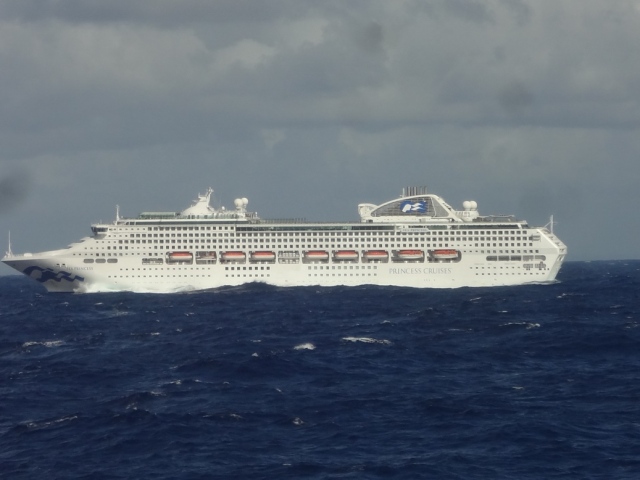 Sea Princess 77,499 GT is smaller than the Diamond, which is 115,875 GT.
Sea Princess is a sister ship of the Pacific Explorer (née Dawn Princess), which is why she looked familiar to me as she passed us on the way to Hamilton Island.

On sea days, I never get tired of watching the sun rise, particularly when we turned west at Cape York towards Darwin, after transiting the Great Barrier Reef. 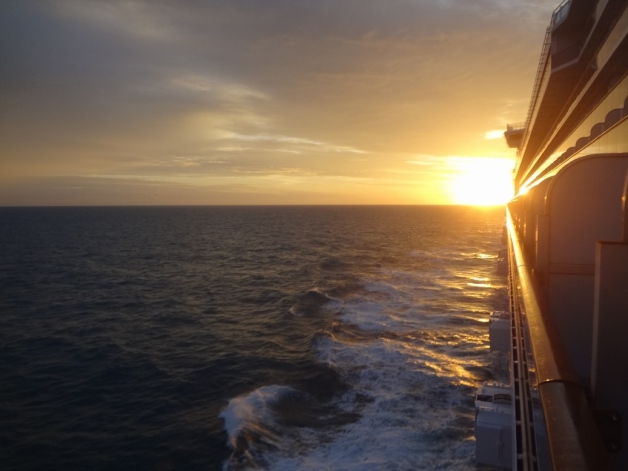 Sunrise that lit our stern