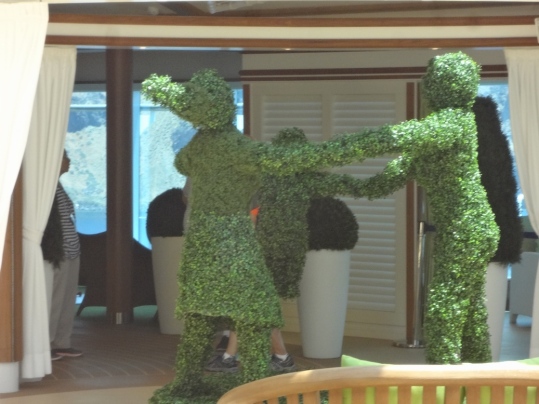 Hollywood Pool Club – I took these pictures during our time at anchor just off Santorini in Greece. The bulk of the passengers were still ashore so Maureen & I had the place mainly to ourselves. If you look closely at the green figures above, you can see someone hiding as I took the picture. 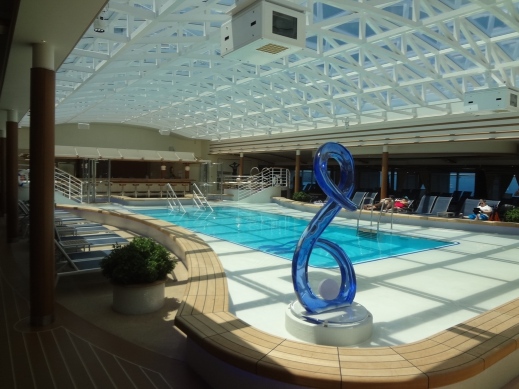 Quiet and peaceful and only at night does it come alive as a nightclub. The roof over the pool keeps the temperature steady, regardless of the outside temperature. 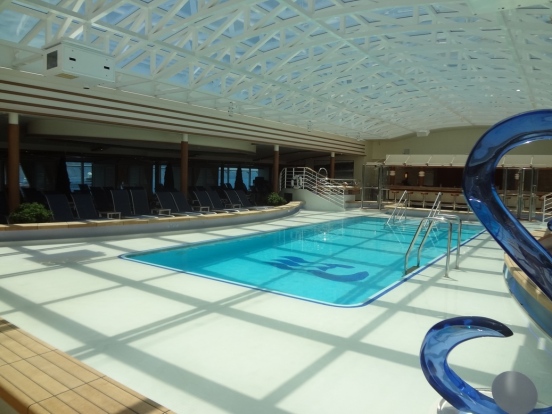 In addition to the swimming pool there are hot tubs, and quiet spots over looking the ocean. 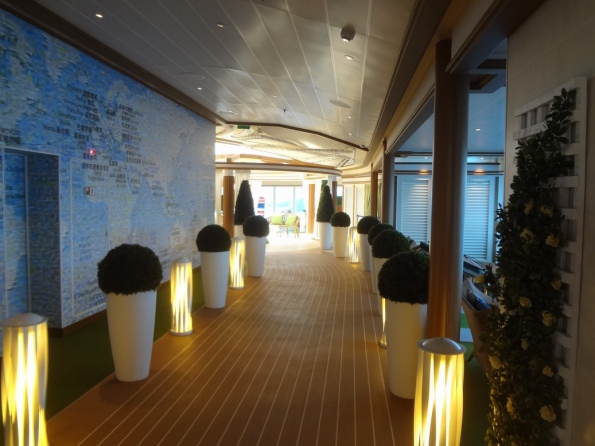 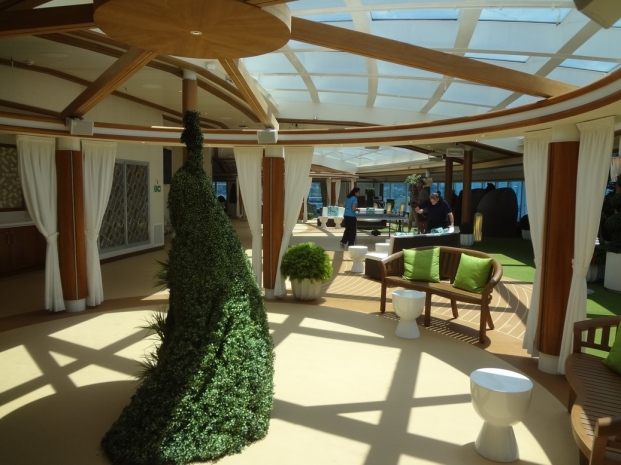 There is also a bar, but most people just sat & read during the day. 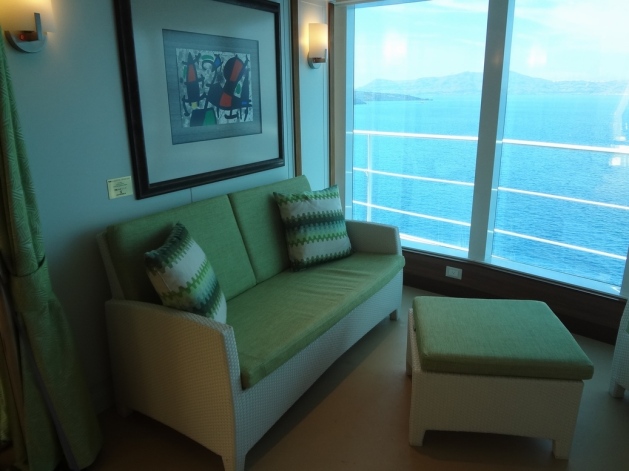 If you wish to watch TV in a quiet private alcove – you are able to pull a curtain over to make it more private.
Picture below is the other end of the same private alcove. 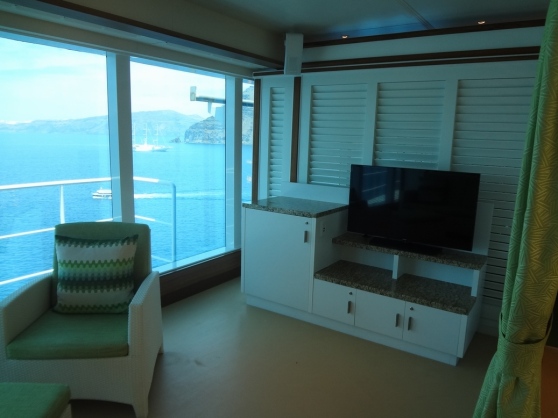 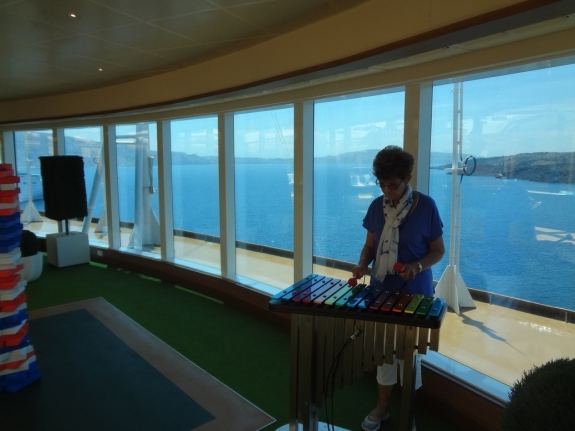 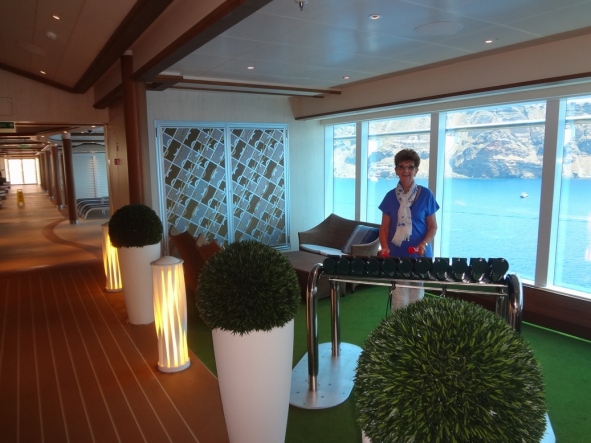 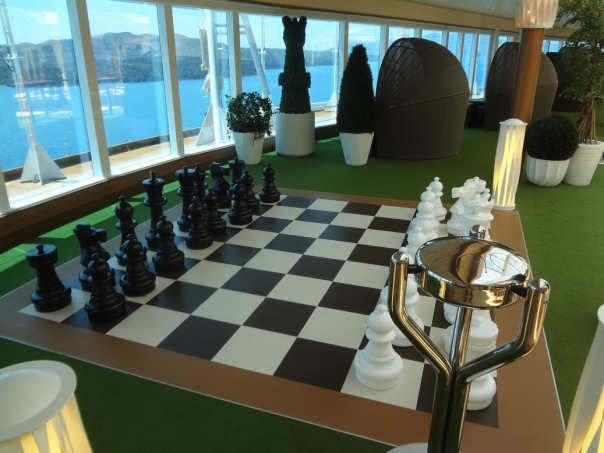 Being tone deaf, I was more interested in a game of chess. 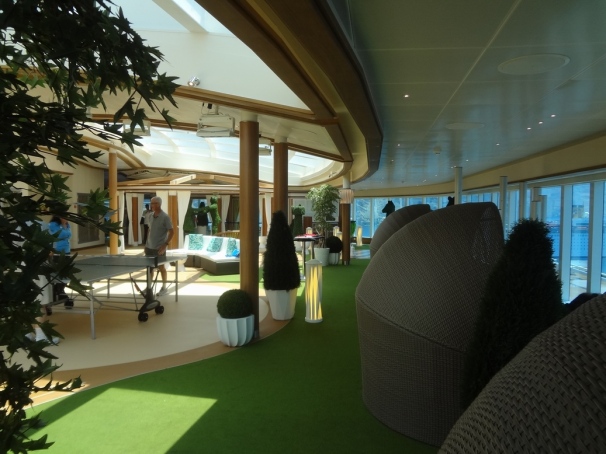 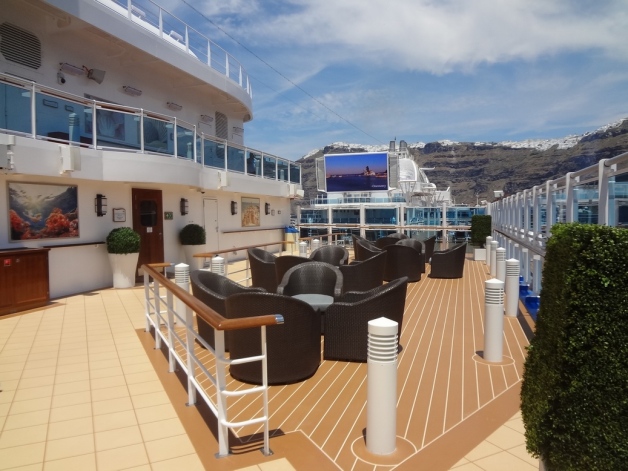 Or one could sit just outside to add to the suntan – waiter service for a cold beer, I didn’t want to break out in to a sweat after all . . . 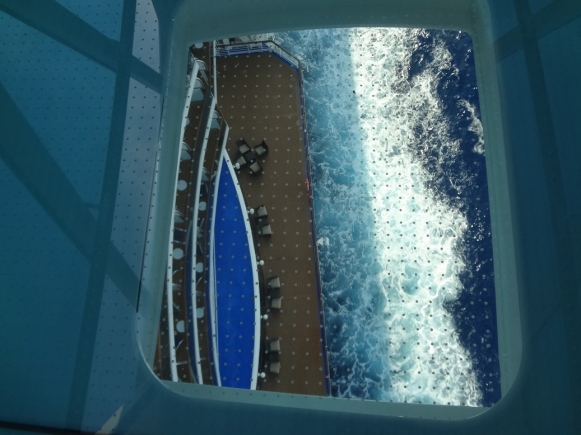 For those who trusted the ‘see through’ floors (decks) on the Skywalk, you could watch the water flow under your feet. Your brain told you that it would be safe, but many still walked with one foot on each side of the reinforced glass area. 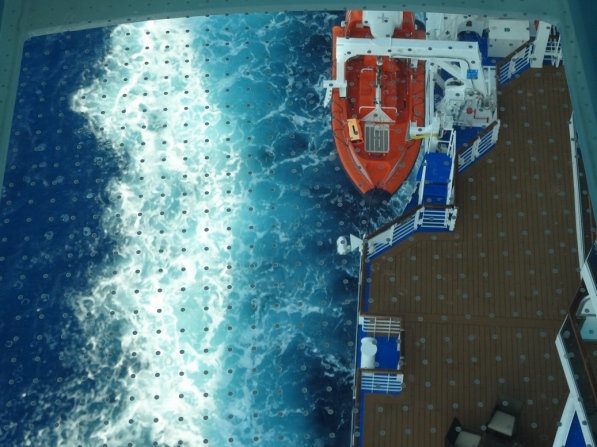 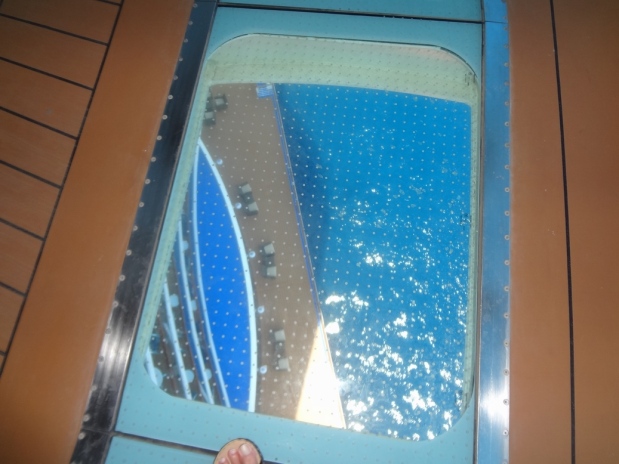 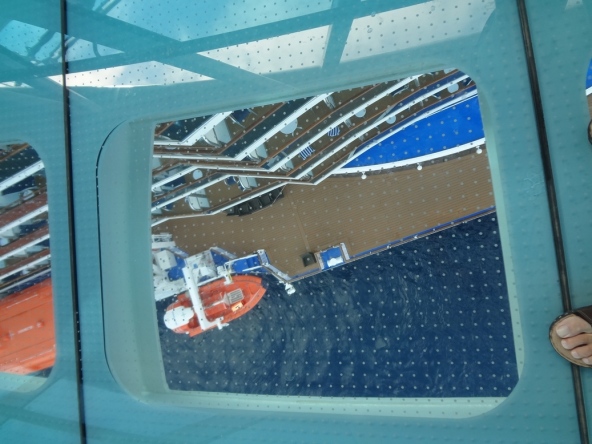 The main pool area was always popular, and during an Australian sporting match that was broadcast via satellite from Australia, many passengers just floated in the pool with drinks in hand, and watched & listened to the large screen broadcast. For such a large screen I didn’t notice any problems due to sunlight or distortion. Obviously the sound was quite loud, but once we moved from the pool area it fell away and didn’t bother us. 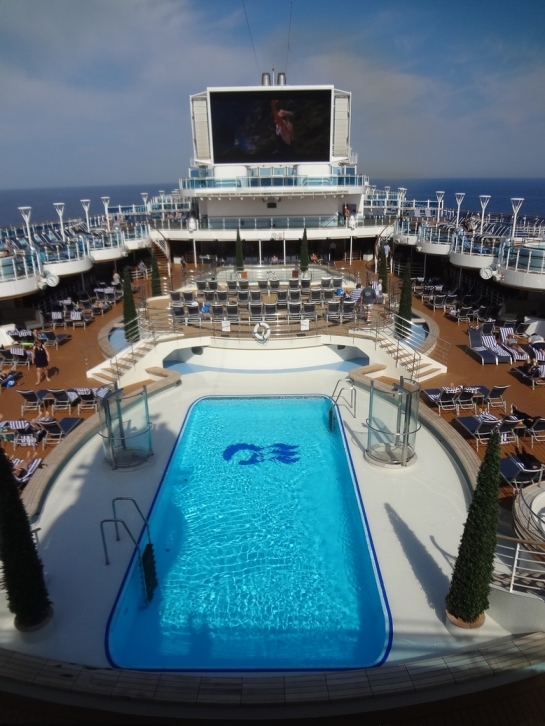 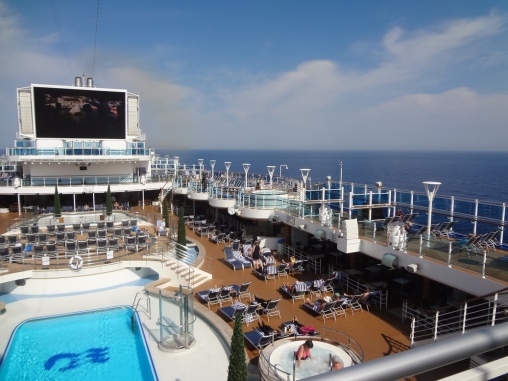 Being a shore day the pool was relatively empty. 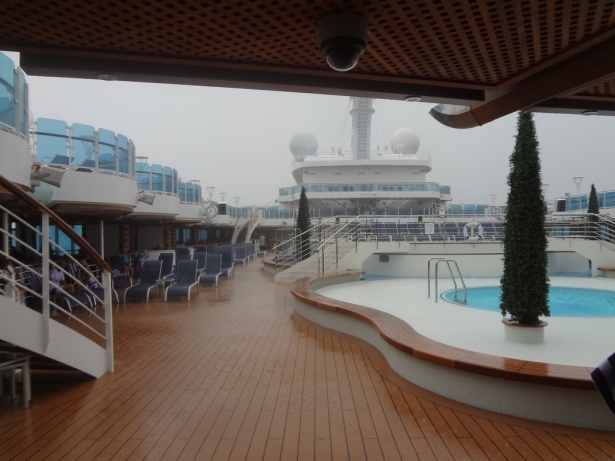 When we sailed close to the Indian coast, on our way to Cochin (Kochi), we experienced a heavy downpour, due to it being the monsoon season, which cleared everyone from the pool area.
Odd really that people left the pool because they were getting wet due to the rain . . . :-o)

One thought on “Peace & quiet”