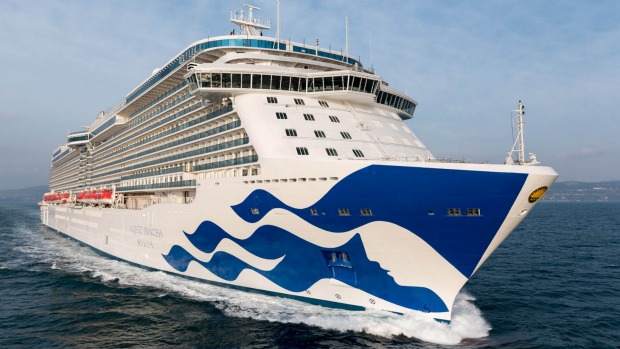 There comes a time when winter is all too much as one grows older . . . and older. A few months ago I started to check where to go or what to do, for part of our Sydney winter. Being a wimp, I consider late May is the start of the colder period, so any time after mid May would be fine, after all summer is December, January & February and Autumn is March, April and May, but late May is winter!

I wanted something ‘different’ without too much work i.e changing hotels, bus trips,  or too many plane changes, so once again it came down to cruising. 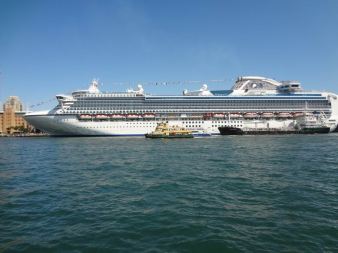 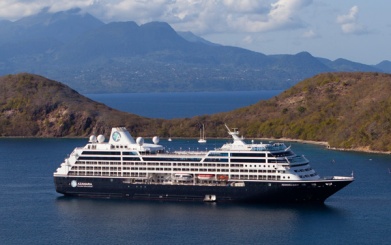 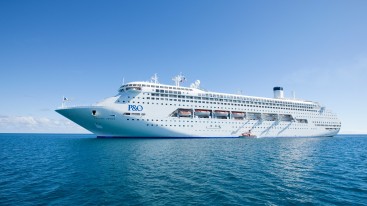 so could I find something different?

I clicked on various global travel & cruise sites and in the end I went back to Princess Cruises’ web site and found a positioning cruise from Rome (the port is Civitavecchia, about 80 to 90 kms from the city of Rome) to Shanghai in China.

Majestic Princess is the latest vessel of Princess Cruises and is the newest of the ‘Royal’ class of vessels, the others being Regal & Royal Princess.

A new vessel, positioning cruise, sailing through the Suez Canal (which Maureen has not yet experienced), and then sailing down the Red Sea and in to the Persian Gulf, followed by India, Sri Lanka, Malaysia and finally, for us, Singapore where we leave the ship to fly home.

The ship carries on to China, via various Asian ports, to be based in Shanghai so as to focus on the Chinese market. She carries two names one in English and the other in Chinese script 盛世公主号, which means Grand World or Grand Spirit.

The price was right for the twenty-eight day cruise, and she would do about six weeks cruising around the Mediterranean as ‘shake-down’ cruises, before the positioning cruise.
All being well, by the time we join the Majestic Princess the ‘crinkles’ of a new ship, and a ‘new’ crew would have been worked through, so that the little problems after leaving dry dock (there are nearly always problems) had been fixed. The comments / complaints from the first group of passengers would point to any major problems. 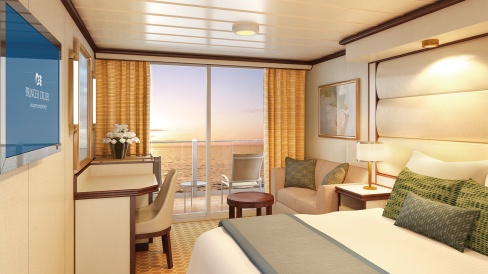 I paid a little extra for a larger balcony, because we spend our quiet afternoons at sea reading, or in my case trying to write. I do enjoy watching the sun come up, or set, over the sea, and the balcony is a big plus for us. 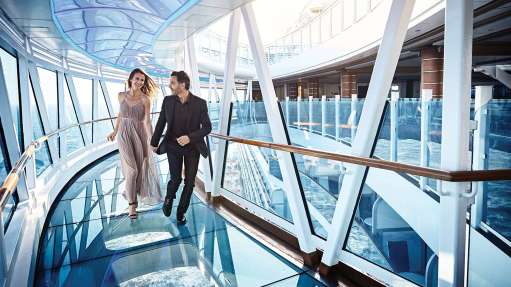 It is the first cruise ship to have a glass walk over the ocean, so I’ll be interested in this experience. 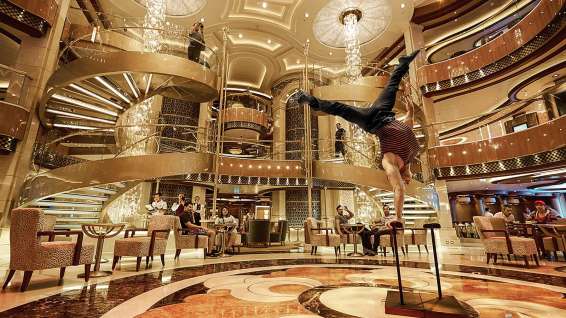 The Atrium, as well as a meeting place is also used as a village square (Piazza) for acts, music & dancing etc. 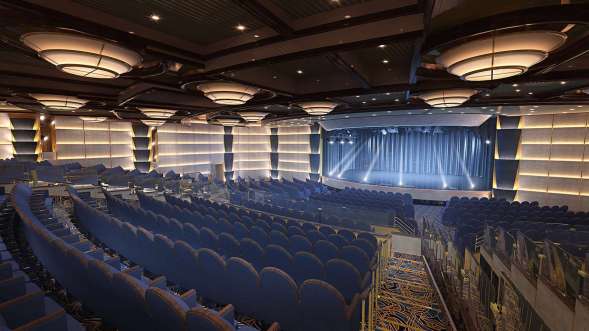 No idea how many people the theater seats.

The above four pictures are from various Princess Cruises’ online brochures.

I have since found out that they do not have a Crooners Bar, which was a favourite of ours on all of the other Princess vessels. Crooners was just right for a 5.00 pm quiet drink with a piano player doing requests. 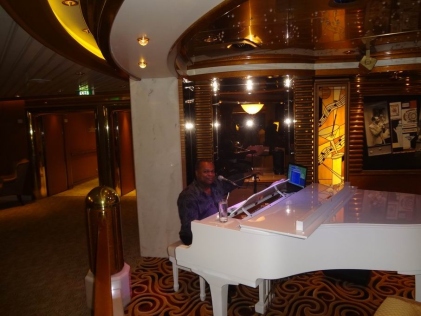 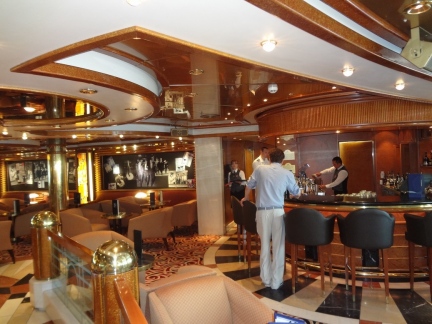 The Majestic Princess doesn’t have a Wheelhouse Bar or Explorers Bar – each bar on other Princess ships has a different ambiance, but I have been told that they do have karaoke bars, so I’ll have to find a quiet spot elsewhere :-o)
With such a large Atrium I doubt that it will be a problem – Crooners under another name?

Apparently all signage on the ship is in two language English & Chinese and all announcements are made in both languages.

The ship sails from Barcelona to Shanghai for the fifty six night cruise, departing Barcelona 14th May 2017. We join her in Rome (17th May) and leave in Singapore, so hopefully I’ll have plenty of pictures to post when blogging.

4 thoughts on “Flying north for winter”