328 metres (1,076 feet) high – the tallest free standing structure in the southern hemisphere. The Observation platform is on level 51 at 186 metres, and above this level is the Skydeck at level 60 – The Sugar Club level 53, and orbit dining at level 52.
The cost at NZ$23 per person was much cheaper than the rate to visit the Dubai tower, which was hundreds of dollars. 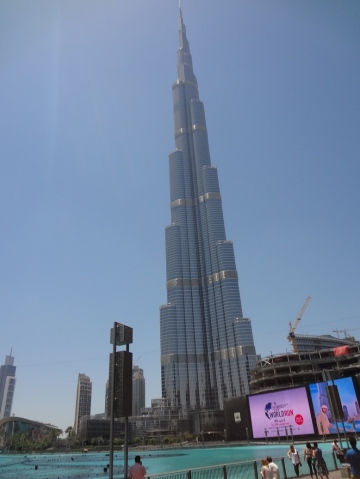 The fast ride to the top of the Auckland tower did not cause my ears to ‘pop’ nor did I have to yawn. In the corner of the lift they had a glass panel where you could watch street level fall away as we sped to the 51 st floor.

I used the zoom on my camera to take our ship alongside, so the zoom has negated the height. 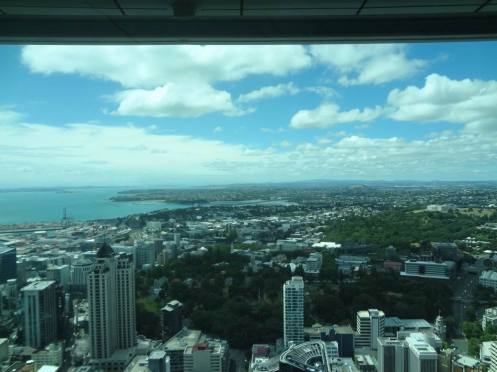 Auckland bridge off which you can bungee jump. It is illegal to jump off the Sydney Harbour bridge, with or without an elastic band tied to your body.

Had to use the zoom to get the above photograph of Mt Wellington Park (the green bit in the middle). Maureen and I last visited this park in 1966 when I was 3rd Mate on a ship trading around the NZ coast to / from Calcutta in India.
Maureen flew from the UK to Melbourne for a holiday (she worked for BOAC), and then flew over to Auckland to see me for two days while we worked cargo.
It took me some time to locate the park from the tower, even with help of the small maps indicating various places of interest.
We married in 1969 and yesterday (22nd Feb) celebrated our 48th wedding anniversary, so I had to find Wellington Park!

The church and the gardens seemed to make a nice picture, but now I can’t remember the name of the area.

Anybody for a game of Scalextric – if you can remember this toy you’re older than I thought  . .

I took many more pictures, but the above are just a few samples, the green tinge is due to the filter on the windows.

They also use the tower for bungee jumping, called Skyjump , and you can walk around the tower on the outside secured to the building with a harness, called Skywalk  – we didn’t do either. Check the Skywalk link, and then remember they paid for the privilege.

The view down to where the bungee jumper lands.

The jumpers jump from above the observation area and as you see we all had our cameras ready, and even though we had a countdown from 4 minutes, the jumper passed the window so fast I couldn’t press the camera button face enough.

This was as close as I was willing to go to experience bungee jumping in Auckland.