Perth mint, which until 1970 was part or the Royal Mint of Britain. In 1970 ownership passed to western Australia.

On our recent visit to Perth we took a tour of the old mint. The ‘Mint’ in the city of Perth is now mainly a museum with the ability to sell and market coins etc. The ‘real’ mint is near the airport and under very tight security. 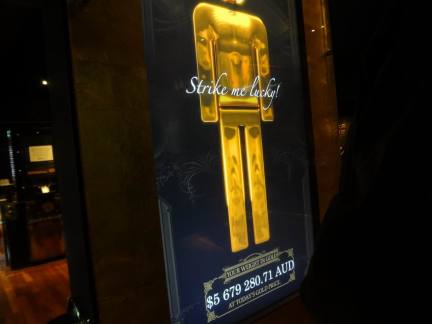 During the tour I had the opportunity of being weighed to find out how much I was worth in today’s dollars. If only . . . .

As part of the tour we watched the pouring of gold to create an ingot. The lights were switched off so as to see the pouring in a more dramatic way.

The furnace was opened to extract the container that contained the gold.

Wearing protective clothing the worker withdrew the gold container. This is how it used to be for many years.

The light on the left is the start of the gold leaving the container and being poured in to a mold.

The flow of gold has started. 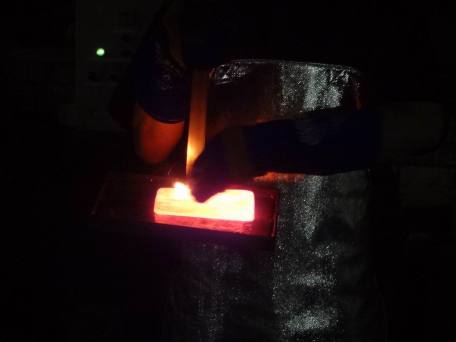 The pour is complete in to the ingot mold, which is then thrust in to a bath of water to cool the block quickly. 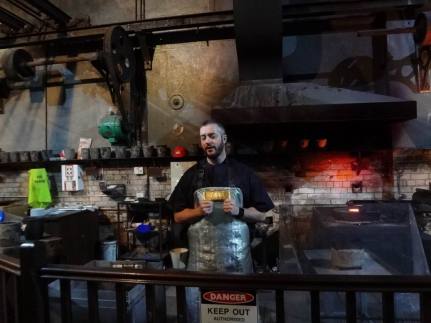 Within minutes the ingot is cool enough to be handled, but only by the operator. We were not allowed anywhere near the gold :-o) 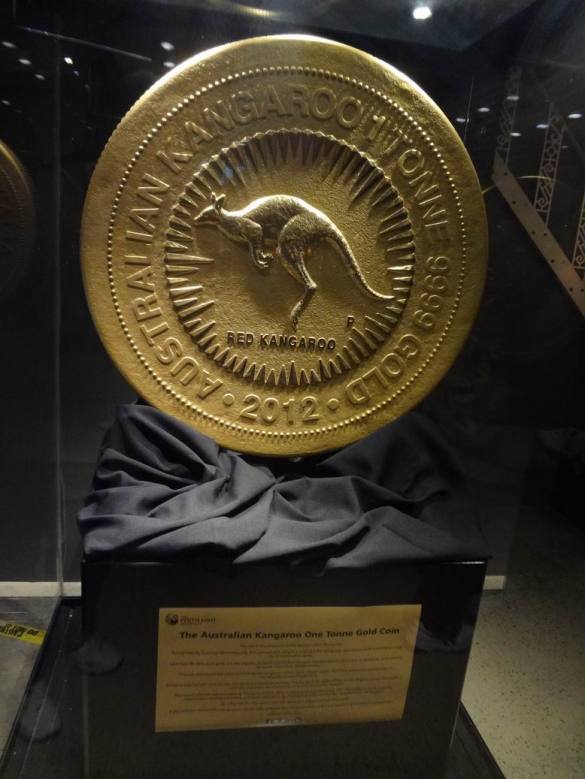 In addition to the above we saw a million dollar coin with a gem stone embedded in the paws of a kangaroo. There is only one of these & I believe it has been sold to someone in Dubai. 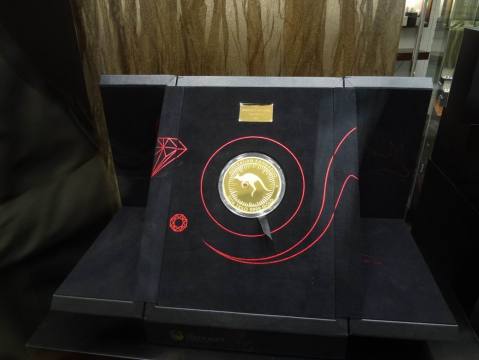 It weighs one kilogram and has a 0.54 carat gemstone