Just a few pics of ground level in Perth. 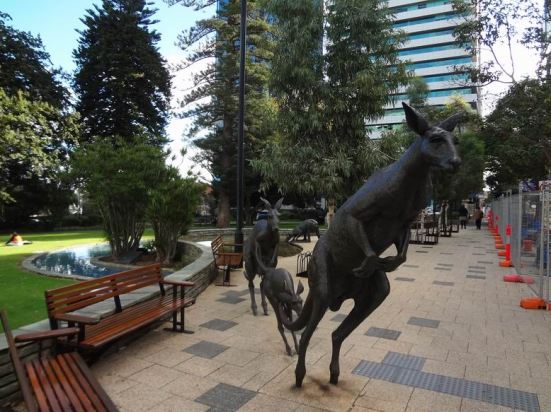 I told you that kangaroos roamed the streets of Perth! 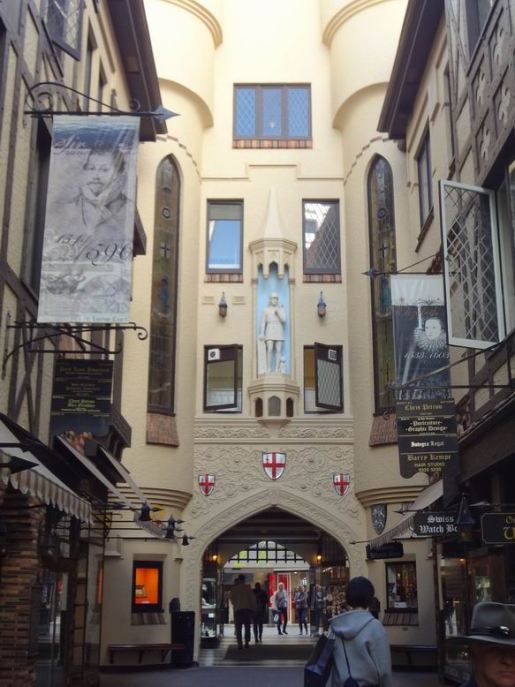 A touch of the old country – London Court 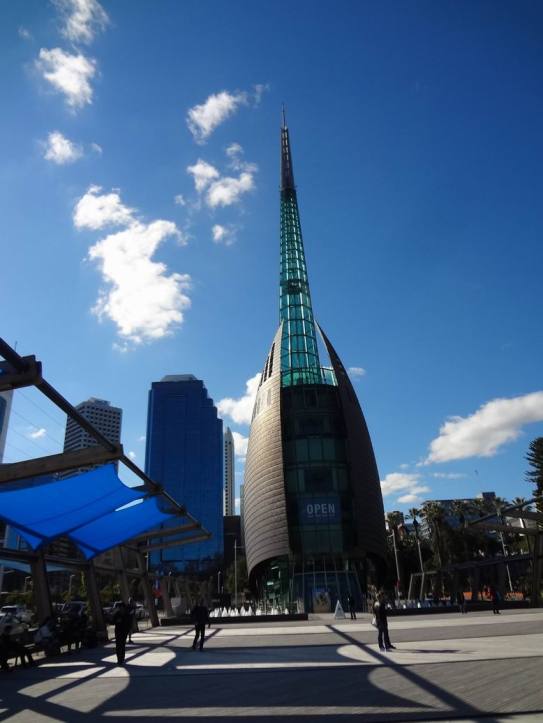 Bell Tower over looking the Swan River – a gift from the UK.

Twelve of the bells are from St Martin’s – in- the- Fields London, and a further five bells, which were casted in 1988 to celebrate the bicentenary of Australia – two being gifted by the City of London and the city of Westminster (one each), and the other three by British and Australian mining companies. A sixth bell was added by the West Australian Government to mark the second Millennium, which makes the ringing of the eighteen bells in Perth’s bell tower the largest secular bell tower in the world. 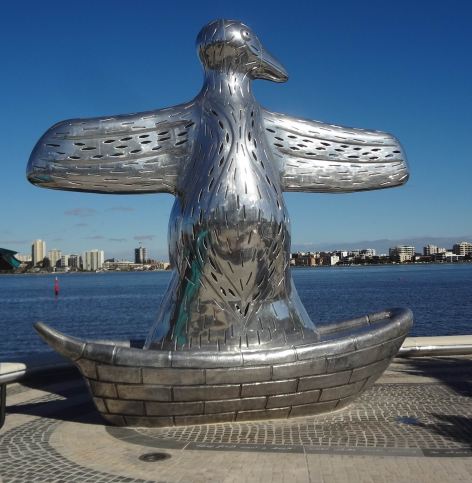 I tried to find out what this piece of art was all about , but it was fenced off . . . 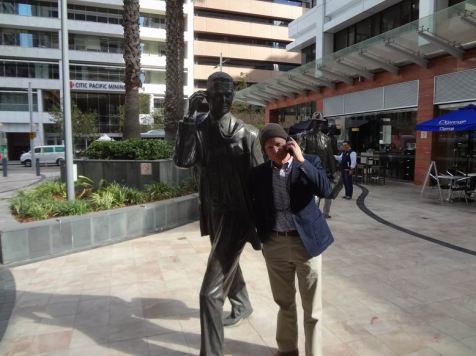 Business men through the ages going back in time . . 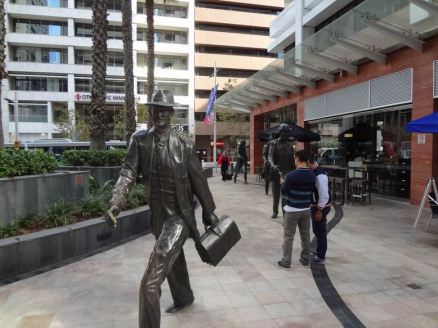 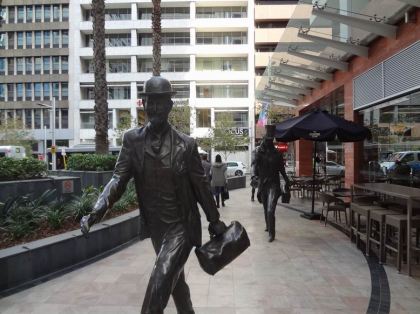 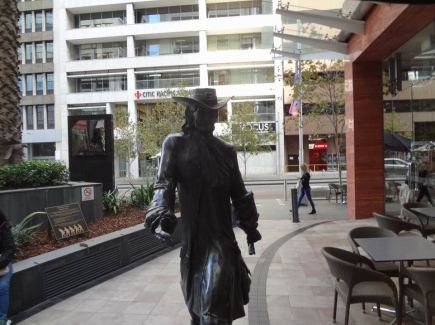 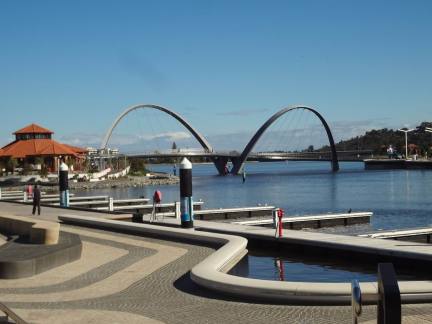 The ‘looped’ bridge that we saw from the restaurant. 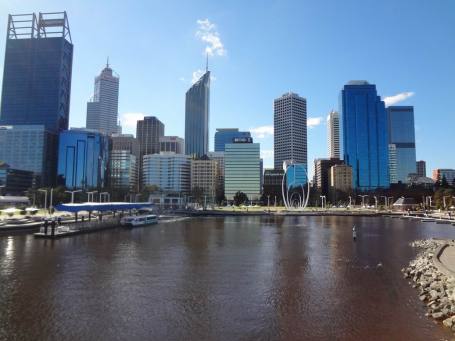 Perth from the ‘Looped’ bridge. 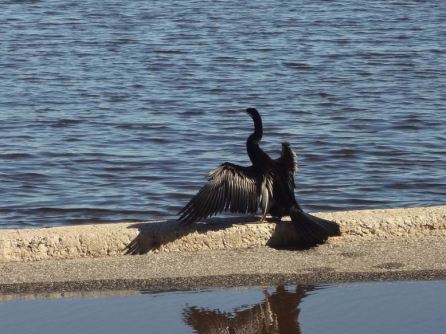 A walk along the river bank to see the birds drying themselves in the sun. 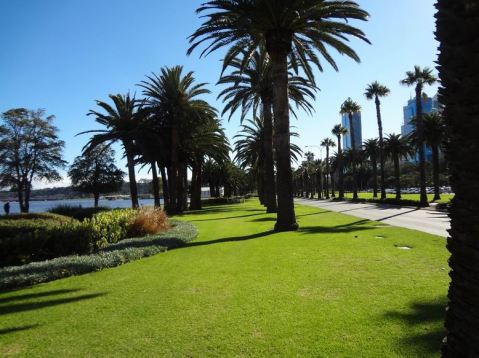 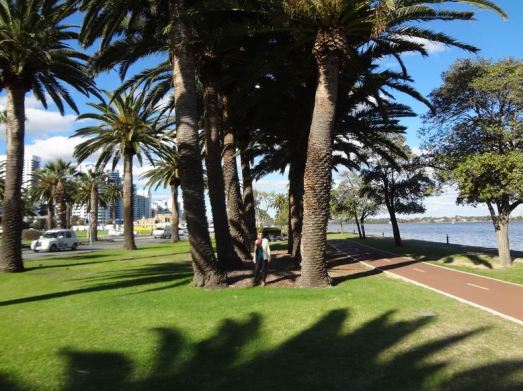 Trees along the river bank – a beautiful spot.