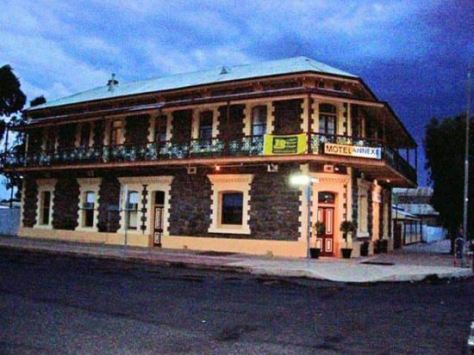 I’d asked for an upstairs room so that we could use the balcony in the evenings.

‘You know who’ on the balcony – in the background can be seen the ‘tailing’ or waste products from the old mines.

Part of the balcony overlooking the main street of Broken Hill.

We were able to drive to the top of the tailing and view the town below. 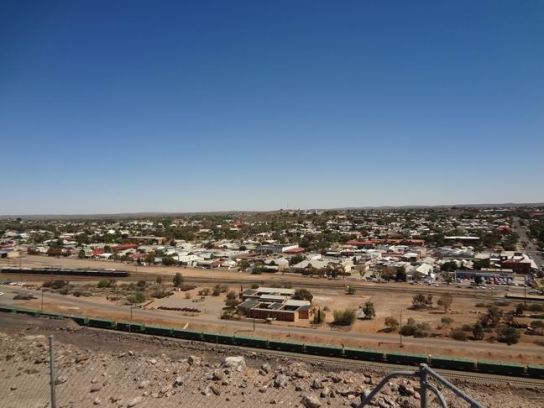 On the top of the tailing is a monument to all the miners who have lost their lives in the mines. 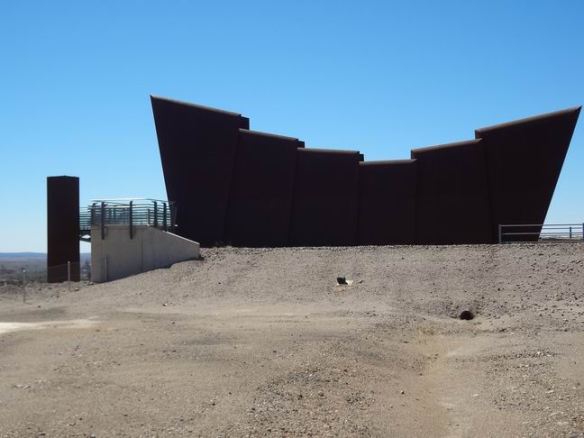 We walked inside the memorial and found that every miner who had been killed while working a Broken Hill mine is recorded. The deaths start in 1885 and carry on to the early part of this century. The names go on and on

Of course around Australia we have the Big Banana, Big Prawn, Big Crayfish, and Big Marino sheep to name just a few. Here in Broken Hill they have the BIG SEAT!

People used to be able to use the seat, but I don’t think the artist intended that it should be used as a real seat, because I couldn’t see any access to reach the seat (steps etc). As you see it is now surrounded by a fence, perhaps to comply with health and safety and make sure a user couldn’t sue the town council if they fell off or through the slats of the seat. 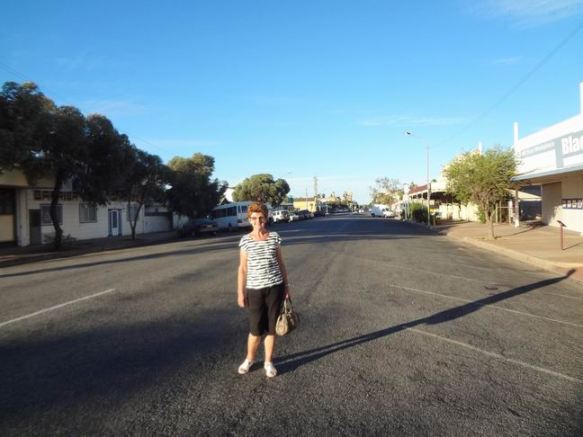 The city is not busy – Maureen standing in the main street of Broken Hill outside our accommodation. 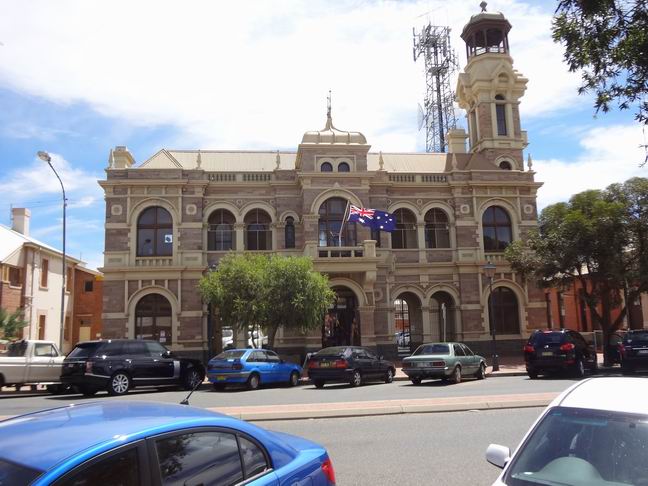 A short walk from the ‘Cornwall’ and we came to the town centre. This is all that is left of the original town hall. Behind the façade it is a now a car park, where the remainder of the building used to stand until the 1970’s. It is thanks to the Broken Hill historical society that they managed to save the front aspect of the building.
Fortunately the post office next door is still operating as a post office.

Not far from the town hall is the Palace Hotel made famous (or should that be more infamous?) after the release of Priscilla Queen of the Desert in 1994. While we were in Broken Hill part of the Palace Hotel was being refurbished.

In addition to the fame from being involved with the film, the hotel is also famous for the inside murals. We were allowed in this area even though the area was being refurbished.

Entrance area of the hotel. 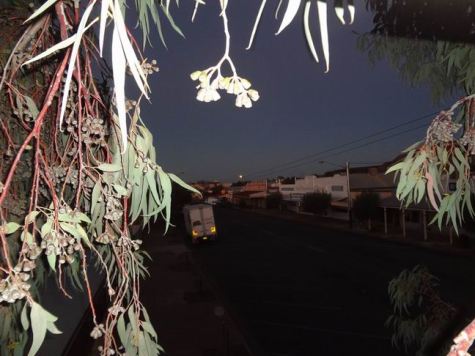 Broken Hill in the evening, taken from our balcony.
A very pleasant area after the heat of the day.

The old tailing of the now worked out mines dominates the town, but the man made hill doesn’t take anything away from the town. I found Broken Hill to be an very interesting place and a restful place compared to Sydney. Life is slower, with a strong link to yesteryear. One day we will return.