The ship arranged a dawn service for ANZAC Day, 25th April, in an area on the pool deck. They were also kind enough to supply all attendees with a poppy – a very nice touch.

The leader of the service was the ship’s band leader who had served with the Royal Australian Navy for eight years.
Others where Australian and New Zealand passengers who read poems and details of family members who had died in WW1.
At the end of the service the national anthems of Australia and New Zealand were sung, after which the ship’s trumpeter sounded the last post, followed by a minutes silence before he played reveille.

Gathering before the dawn service. 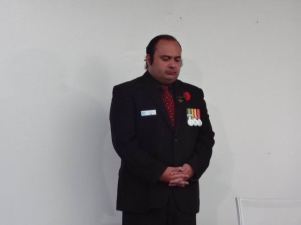 The band leader who lead the service. 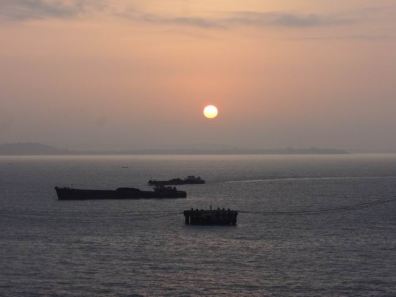 The sun rose with the what looked like landing craft making for the shore.
Perhaps the service had affected me more than I thought, or my imagination was in overdrive.

Dawn as we entered Goa harbour.