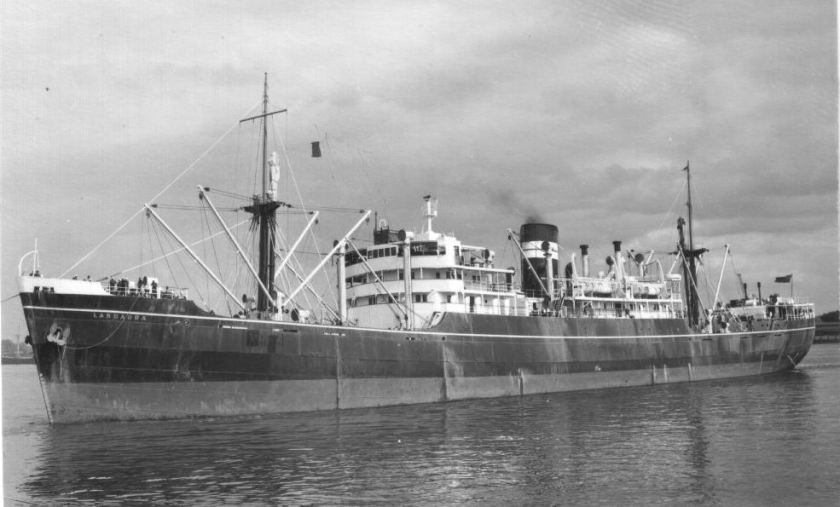 My first visit to Bombay (as it was then) as a cadet opened my eyes to India with its teaming millions, garri wallhas (motorised rickshaw now commonly called tuk tuks), honking horns, the ringing of bicycle bells, and the ever mouth watering smell of spiced food.

I’d grown to love curries, because at lunchtime on the Company’s vessels, the officers would be offered curry (as well as European food). The curries were different every day, from beef through to fish or vegetables. We had two galleys on the ship (sometimes more if we had Muslim & Hindu crews), one for the European officers and the other for the crew. The deck crew might have all been hired from one village in India or Pakistan, and the engine room crew from another village. The cooks and stewards for the Europeans were Goanese, which was a colony of Portugal until 1961. The Indian cooks might have been Muslim or Hindu, which meant that the officers would not be able to eat their bacon (Muslims will not touch pig meat) and eggs, or their roast beef (Hindu will not touch cow meat), so the solution was to hire people from Goa to attend to the officers, because they were generally Catholics, due to the influence of Portugal, so everyone was happy! The Goanese Company cooks produce great curries.

Bombay was a major location for the Company, having traded around the Indian coast for over a hundred years. This port had a Company Officers’ Club, which was part hotel, and part social club i.e snooker, cards etc and a small bar. The hotel part would be used by officers waiting for their ship to arrive in port.

On my first visit to the Club I entered the bar to see people drinking beer, so I asked the barman for a cold beer.
‘Chitty, Sahib’
On the ship one didn’t use money, but signed a chit for a case of beer or a carton of cigarettes, the books were balanced at the end of the voyage.
‘Chitty?’ I asked.
‘From the police, Sahib’
At this point a fellow cadet took pity on the new boy and explained the system. I had to report to the police and fill in a form stating that I was an alcoholic, and I would be given a chit allowing me to buy a limited number of beers at the Officers’ Club.

Maharashtra State, in which Bombay was located, was a ‘dry’ State! (It isn’t now). So it was pure panic to get to the police station before the senior officer went home for the night. I managed it! I wonder if I am still listed as an alcoholic in this part of India.

Outside, in the city away from the Raj like atmosphere of the Officers’ Club, one could get a large beer (650 ml) in the brothels (none of us wanted the ladies), for about ten shillings, which was very expensive, but better than nothing in the humidity of Bombay, after we’d finished our small beer allowance sanctioned by the police.
After ordering the beer we always wanted to see the un-opened bottle so that we could inspect the cap and make sure it had not been tampered with in anyway. I must admit the establishment made sure that they didn’t offend anyone (very PC for those days). Around the walls of the ‘ladies waiting room’ were pictures and photographs of most of the world leaders from,

the above pictures are of those that I can remember, but there were many others, few leaders were left out. To me it was an eye opener to another world. The ports visited by my previous ship, which was a tanker, were very restricted for going ashore, compared to my current tramp ship.

I did hear it say that the Bombay beer, at that time, was brewed from onions, but I am unable to confirm this as fact, but after seeing people drink a few bottles of the local Bombay brew, many would often start crying, so the theory might be true!

2 thoughts on “Onions and Bombay Beer”