In the mid 1960’s I paid off a ship in Khorramshahr, (which is in Iran) and drove to Abadan (still in Iran) to fly Iran Air to Tehran to catch a BOAC (now called British Airways) flight to the UK. This was before the fall of the Shah of Persia, which didn’t happen until 1979. 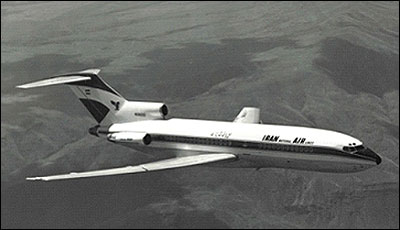 This trip from Abadan sticks in my mind due to the huge amount of hand baggage that the passengers were allowed to carry on board such a small aircraft (small for today’s aircraft), from memory it was a B727/100. At that time  Iran Air only had two jets, one B 707 & one B 727.

The hand baggage of one person included a small primus stove.

After we had taken off, and the seat belt sign had been switched off, the passenger with the stove squatted in the aisle and lit the primus to make his tea. The surrounding passengers didn’t react. I could see the tea maker a few rows ahead of me, and as I unfastened my safety belt to tell him to put the naked light out, there was a blared movement of a stewardess moving from the for’d part of the aircraft to the tea maker. I’ve never seen a cabin crew member move so fast before or since.