Having been a fan of the cinema since I was a child & I can’t help but visit the cinema when I travel.

In the 1964 I was in Moji , in southern Japan, when I found that I had time on my hands so decided to visit the local cinema to see Charlton Heston in Exodus. 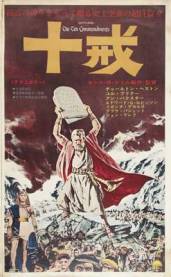 As one would expect, none of the signs were bi-lingual, and few people at in that part of Japan spoke English, but how hard can it be to buy a ticket and sit and watch a film? I bought my ticket, and the cinema had plenty of seats from which to choose. I picked a good seat and waited for the film to start.

A tap on my shoulder and a very polite gentleman bowed and showed his ticket while pointing at my seat. It was obvious that he was indicating that I was in the wrong seat, so I bowed and moved to another seat. As the cinema filled I ended up bowing and moving a number of times while working my way to the front of the cinema, and very close to the screen. It was when I was asked to move once again that I realised that my ticket did not entitle me to a seat at all, but only to stand in the side aisles while watch the film with a few other unfortunates. It was very disconcerting to turn ones head to watch an arrow cross the screen, and to spend so long looking up Moses’ nostrils.

In 1965 I was in Port Sudan on the Red Sea, so once again I decided to visit the cinema, but this time to see The Great Escape. I’d seen it before but it was the only English speaking film I could find at that time in Port Sudan. 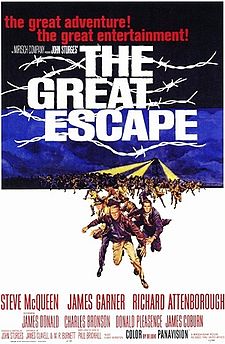 As I purchased my ticket I was given a choice of Stalls or Circle, and because the price difference was small I chose Circle. The lights dimmed as I entered, and I noticed curled wire between the Stalls and the Circle, and I thought what a good idea to add atmosphere to a prison of war film.

At the intermission the lights came on and I saw that the wire was barbed wire. It was then that I realised the wire had nothing to do with atmosphere for a prison of war film, but to keep the Stall patrons from leap frogging over the seats so as to sit in the Circle, once the film had started.